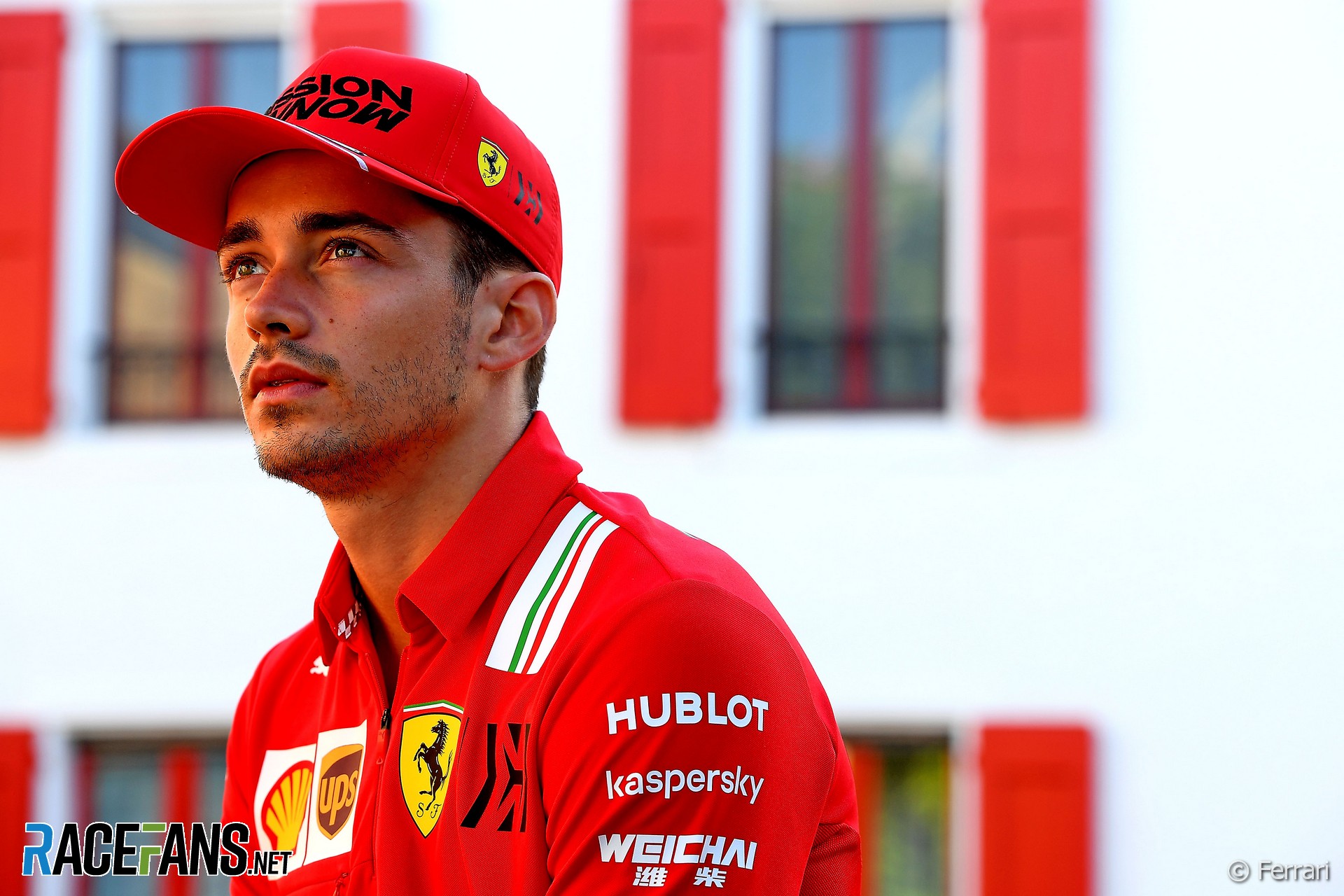 It’s almost poetic. At least, we’re not going to be allowed to think it isn’t. The son of the most successful Formula 1 driver ever will participate in an official grand prix weekend for the first time on home ground, at a track where his hero father won five times.

Mick Schumacher will slot into Antonio Giovinazzi’s Alfa Romeo for first practice tomorrow at the Nurburgring. Occupying the other car is no less a driver than the man who took on the enormous task of replacing Michael Schumacher at Ferrari 13 years ago: Kimi Raikkonen.

It’s fitting, in a way, as Raikkonen is one of few drivers who might be able to appreciate the burden of expectation the second-generation Schumacher has to live up to. But Michael Schumacher isn’t the relevant standard his son should be measured against at this stage in his career.

An opportunity to drive in first practice is big for any young racer. But it doesn’t usually get this much attention – fellow Ferrari Driver Academy junior Callum Ilott is unlikely to get as many column inches during his own run on Friday in a Haas as Mick Schumacher will.

For both drivers, the benchmark is obvious. Only one previous member of the Ferrari Driver Academy has made it all the way to Maranello: Charles Leclerc.

In the two years before he stepped up into the race seat with Sauber (now Alfa Romeo), Leclerc made eighth practice appearances with Ferrari’s customer squads, four each with Haas and his future team. Aside from signalling the end of Pascal Wehrlein’s tricky few years in F1, it felt like sensible grooming for a driver who both feet in the seat already, at least on a part-time basis.

Few Ferrari juniors had even made it that far. Current F1 drivers Sergio Perez and Lance Stroll are ex-FDA but parted ways after arriving in F1 (in Perez’s case) or just before (in Stroll’s). Giovinazzi remains in the Ferrari family but, well, it’s his car Schumacher is stepping into on Friday.

The FDA appointed Mick Schumacher in 2019, the same year Leclerc graduated to the Scuderia. Schumacher stepped into the Ferrari for the in-season test following the Bahrain Grand Prix. That race was the first time Leclerc demonstrated he was capable of beating Sebastian Vettel, taking pole and almost winning, while his team mate spun out of contention.

Schumacher stepped up: The only first-time tester there, he took the second-fastest time of the day, edged by Max Verstappen.

Leclerc’s junior career was meteoric, culminating in back-to-back championship wins in GP3 and F2. More than that, the kid had real flair. He won with a style that evoked legendary racers, from his car being on fire partway through one F2 feature race victory to overtakes on such razor-thin margins they set your heart thumping.

Leclerc felt exciting, someone whose arrival in Formula 1 would prove something either about the sport – if a driver with so much on-track charisma couldn’t succeed there, then something truly was stagnating – or about himself – if all his hotshot youthful capabilities would seem childish against the big boys.

Previously Ferrari had taken their time over promoting their young stars – sadly, in the case of Leclerc’s godfather Jules Bianchi, this meant he never reached the Ferrari drive many felt he was due. But in 2018, with Vettel and Raikkonen underwhelming in the top team, and Leclerc impressing on his Sauber debut, Ferrari took the bold decision to gamble on youth, and handed Leclerc a Ferrari seat in his second season of F1.

With Schumacher, they have not had to rush him – the more usual Ferrari attitude, to be fair – and let Mick progress at his own pace. This appears to have served him well: He tends to take a season to find his feet in a category, then deliver. He did it in European F3 and he’s doing it now in F2.

Perhaps it’s unkind to call it ‘Assumed Ralf syndrome’ but there seems to be a widespread expectation that Mick Schumacher can’t possibly be as good as his father. He’s never done a season in F1, let alone in a championship-winning car but there’s a hype-dampening thing about it.

His and Leclerc’s junior careers are more similar than might immediately seem apparent. Schumacher has slightly more experience than Leclerc pre-F1 but, assuming Schumacher takes the F2 title this year, they’ll each have two junior championship titles (GP3 and F2 for Leclerc, European F3 and F2 for Schumacher) and two runner-up trophies along their careers.

The manner in which they achieved their successes is different. Leclerc’s titles were displays of dominance. Schumacher is not standing head and shoulders above the field in the same way. But they face different circumstances.

Although the championship changed its name from GP2 to F2 in the year that Leclerc won, the chassis was unchanged, both a well-known quantity and a more reliable car than the one used today. The series has changed quite significantly since then and the current machine has been beset with problems.

That doesn’t take away from George Russell’s win in his rookie year or Nyck de Vries’ eventual title in 2019. But for a telling point of comparison, note that the Artem Markelov who gave the best challenge to Leclerc in 2017 is tootling around at the back this season.

Schumacher is a consistent, sensible driver who has demonstrated a sympathetic touch with his chassis and tyres – the latter having switched to a new, 18-inch format this year. He is also emerging on top of a field thick with FDA talent.

The title previously looked set to go the way of Ilott or Schumacher’s rookie team mate Robert Shwartzman, who began the season strongly but faded. That Schumacher was able to make up the deficit, achieved via a run of podiums which brings to mind Lucas di Grassi’s efforts in Formula E, shows how he has built up confidence and put it to use.

Schumacher may not have the risk-taking zeal of Leclerc but his undemonstrative style is no less effective. He has proved he can make overtaking moves to bring home a strategic win or podium when it counts. That clinical execution, allied to speed, is exactly what any team in any series wants in a driver.

If another Ferrari Driver Academy junior is likely to make it to Maranello, you’d have consider your money – and the Scuderia’s car – in safe hands with Schumacher. It’s not impossible for Ilott to beat him in F2 yet, but the momentum is with Schumacher at the right time, which is now.

Asked recently what he thought of Lewis Hamilton approaching his father’s record of victories, Mick Schumacher said he hoped to be in a position to claim it back one day. You have to admire that kind of chutzpah.

But when that increasingly likely F1 chance materialises, his father’s awesome achievements will not be a realistic benchmark to measure him against. First he has to prove he deserves to stay in the sport, and then that he should get a chance at the top team. Just like Leclerc did.