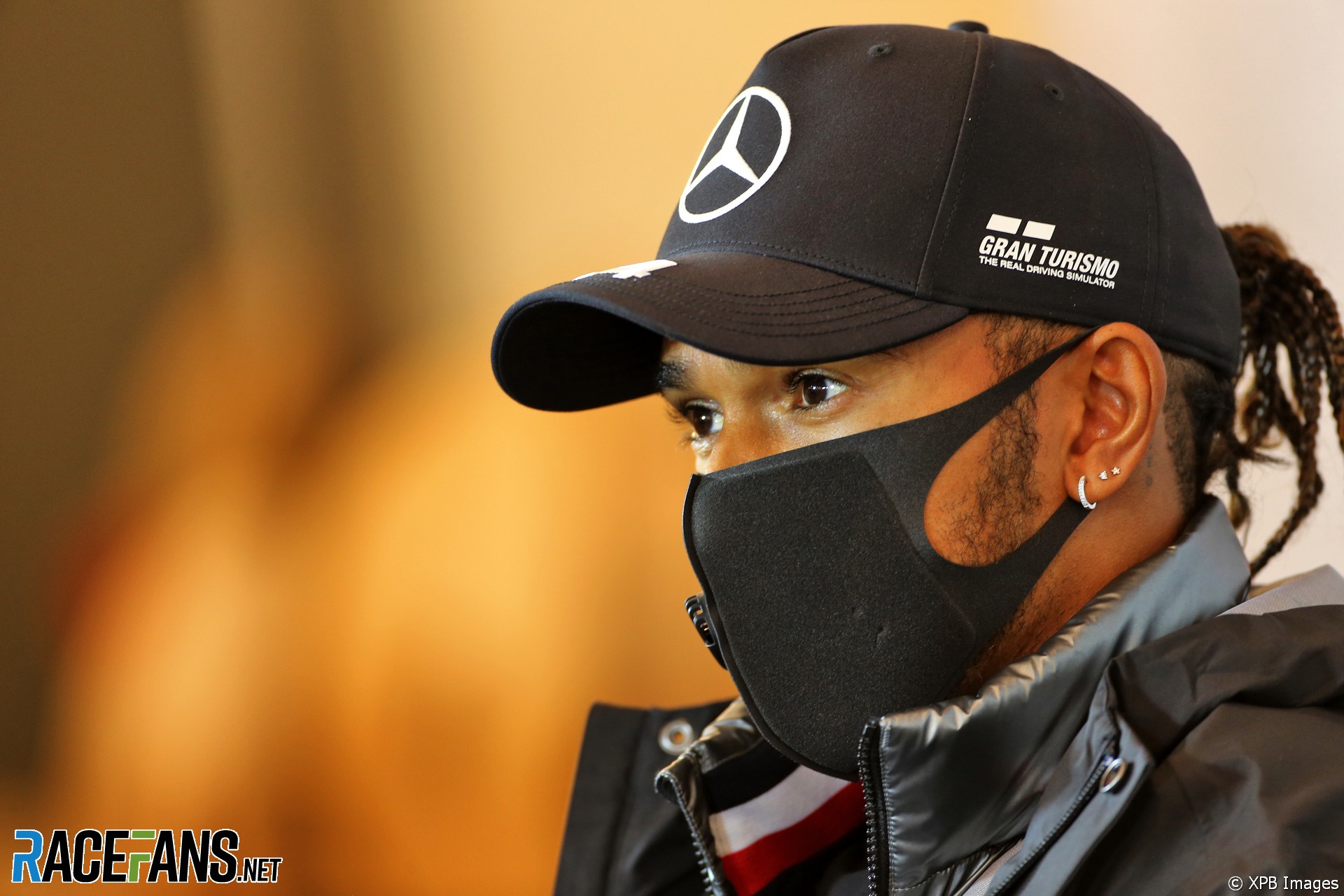 Lewis Hamilton says Honda’s decision to leave Formula 1 shows how far the sport has to go to improve its environmental credentials.

Honda announced last week that they would leave Formula 1 in order to refocus their resources on green technologies such as hydrogen fuel cell and battery electric vehicles. The company said it “needs to funnel its corporate resources in research and development into the areas of future power unit and energy technologies, including fuel cell vehicle (FCV) and battery EV (BEV) technologies, which will be the core of carbon-free technologies.”

CEO Takahiro Hachigo said that the move away from F1 was purely motivated by the need to work on reducing its carbon emissions: “At this time we are aiming for carbon neutrality in 2050,” he said. “This will be a big challenge for Honda so I hope that our fans will support us for us taking on that challenge as well.”

Hamilton has regularly used his high-profile position within the sport to draw attention to environmental concerns. He said Honda’s decision to leave shows F1 has “a long way to go” in this regard.

“I heard that they’re leaving – I’ve not read about it, so I don’t know what their reasons are but I’ve got a vague idea,” he said. “It’s definitely sad to see them leaving.

“One aspect I understand: As a sport we have a long way to go we have a lot of work to do to move towards having more of a positive impact on the planet.

Mercedes announced on Tuesday it is refocussing its F1 image around its sportscar sub-brand AMG. It also presented a new “Electric First” strategy, launched six new electric vehicles across the EQ brand – which is tied to the marque’s Formula E team – with the F1 High Performance Powertrain research and development directly supporting the projects.

Hamilton said he saw Mercedes’ commitment as a clear indicator that F1’s technologies could be part of and push forward a move towards clean technologies: “If you see what Mercedes have just come out with in terms of their long-term goals, I think the responsibility in the industry is to push technology and this is at the forefront of technology and innovation.”

Such changes will be ‘key’ to F1’s continued relevancy to car makers, says Hamilton. “Changes need to come, that’s for sure, moving forwards. But I think Mercedes have shown that they’re committed to being a part of that change and pushing the technology. And I think that’s real key.”

Formula 1 announced last year it intends to become a net zero producer of carbon by 2030.