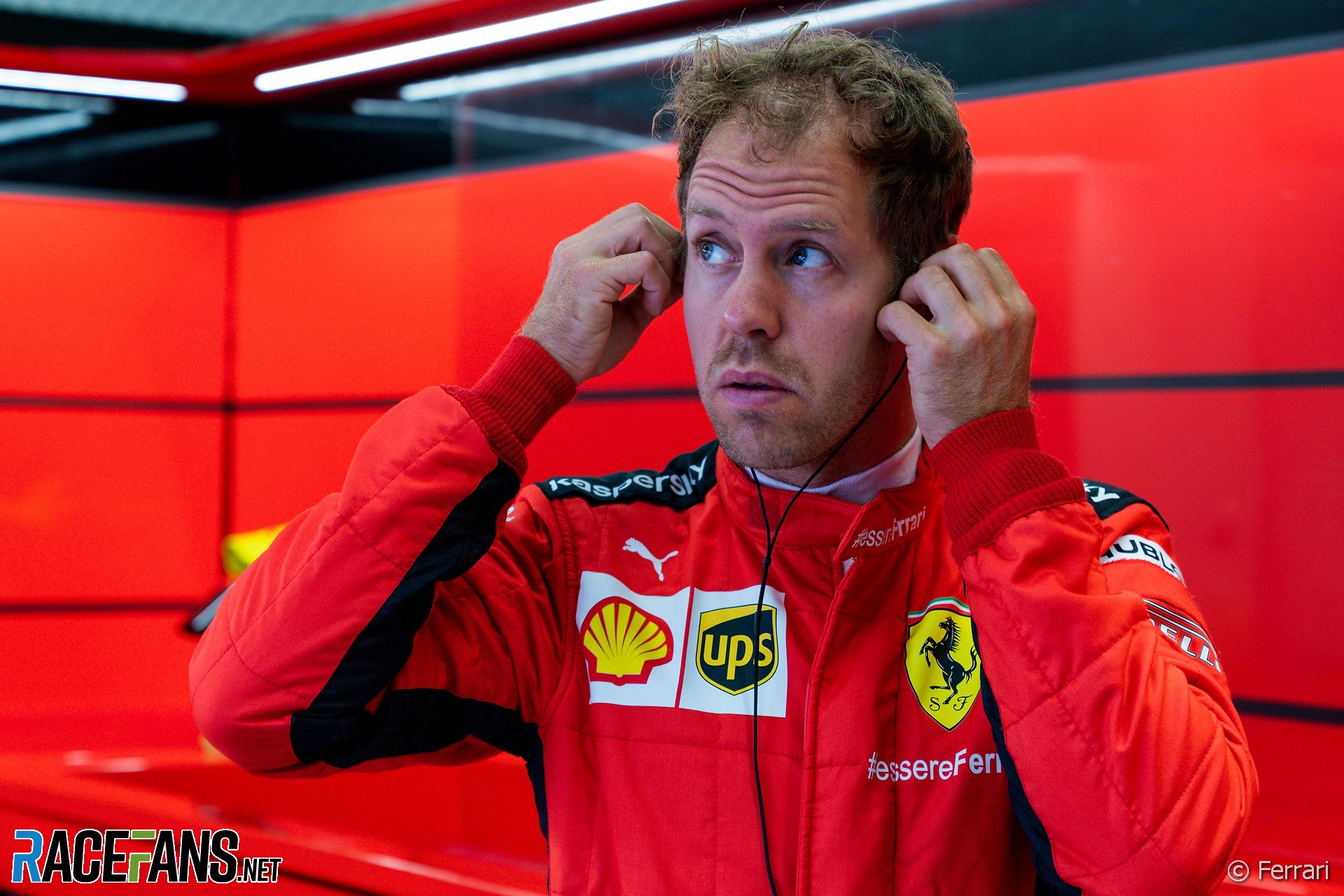 Racing Point technical director Andrew Green believes Sebastian Vettel will rediscover his form when he joins the team next year.

Vettel has made a poor start to his 2020 campaign since learning he would lose his Ferrari seat at the end of the season. After 10 races he lies 13th in the championship, 40 points behind team mate Charles Leclerc.

“We can help Seb,” said Green. “I think he’s not in a great place at the moment in his head. He’s lost his mojo a little bit.

“We are just the best team at turning drivers around and getting them back into that sweet spot. So I think we can we can really help him.”

Green expects Vettel will benefit from being in a less political environment than Ferrari. “We are very driver focussed. We take a lot of time to understand our drivers and work with them and form a really strong relationship and bond with our drivers.

“That helps to nurture them and to get them to feel comfortable and secure and not worry that things are going on behind their backs. We take out all the politics and it just allows them to focus on driving the car as quickly as possible. And I think we can get Seb back into that place.”

Racing Point will be rebranded as Aston Martin for the 2021 F1 season. Green believes Vettel will bring a huge amount of useful experience from his long career with top teams such as Ferrari and Red Bull.

“I think it’s going to bring a completely new dynamic to the whole team,” said Green. “It shows a measure of intent by Lawrence [Stroll, team owner] in where he wants to take the team and what he wants to do with it.

“I think that’s a really strong statement. He’s is a multiple world champion. He’s going to bring a methodology of working that we haven’t seen before. And that’s what we want.

48 comments on ““We’re the best team at turning drivers around”: Green sure Vettel will thrive at Racing Point”