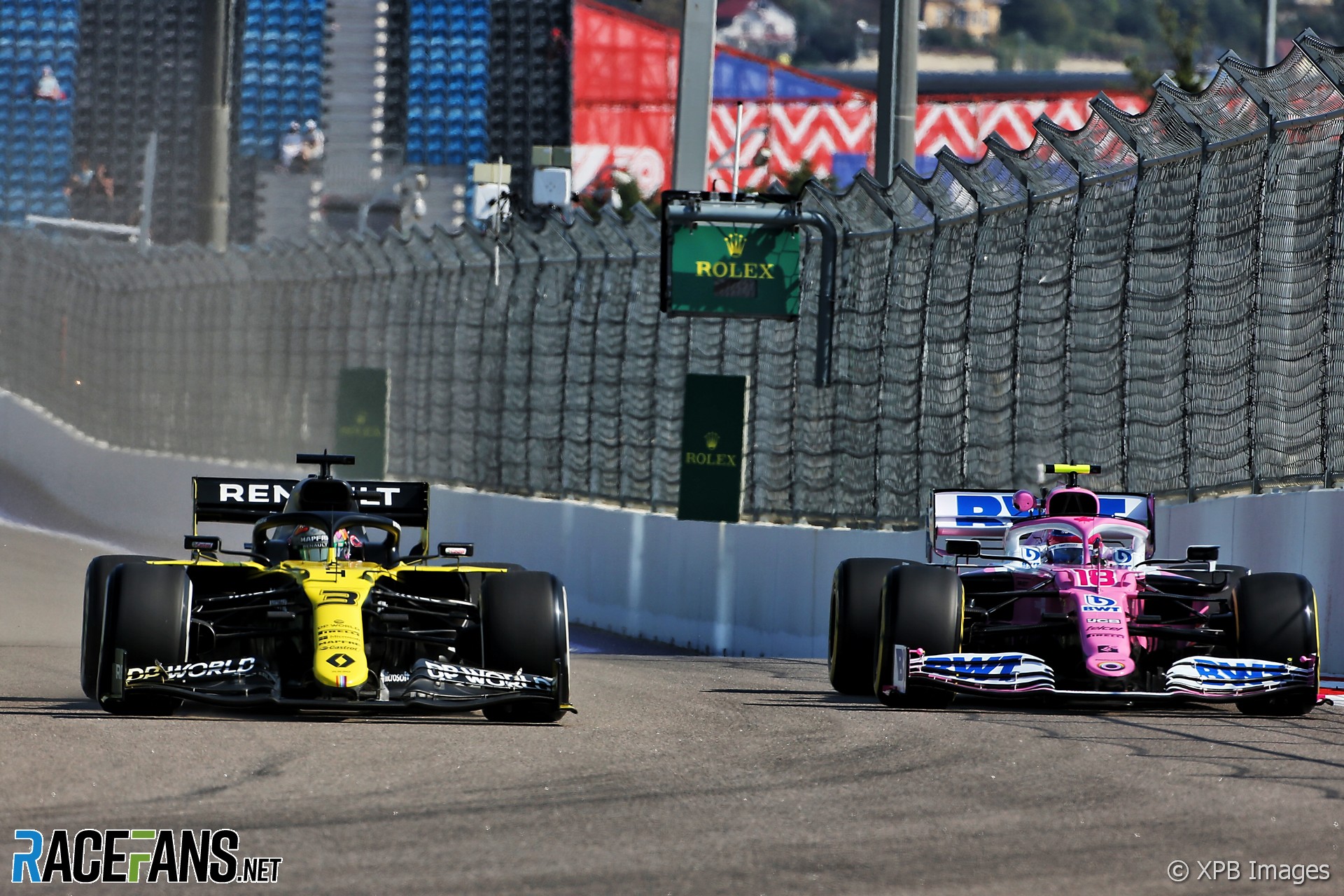 The FIA is introducing the rules in response to the row over Racing Point’s RP20, which is closely modelled on last year’s Mercedes. The team were fined and docked 15 points after the FIA stewards determined they had broken the rules by copying Mercedes’ rear brake duct design, following a protest lodged by Renault.

Details of the rules changes were revealed by RaceFans in early September.

The sport’s governing body wishes to stop teams ‘reverse engineering’ the designs of rival cars. It intends to do this through changes to the rules on ‘Listed Team Components’. These are parts which are designed, manufactured and exclusively used by a single competitor, who also own the intellectual property on them.

RaceFans understands Renault wrote to the FIA’s head of single seaters Nikolas Tombazis detailing dozens of points for clarification concerning LTCs. Their queries chiefly address what approaches teams may and may not use to duplicate rivals’ designs, and what information may legally be shared between teams.

Among Renault’s requests for clarification were: What data can be shared between teams who use the same wind tunnels or collaborate on CFD research; whether tyre models and race strategy software can be shared; how far teams must protect their LTC – including whether their cars may be displayed in public or at their factories – and whether teams must avoid unintentionally receiving information on their rivals’ designs.

Renault also specifically sought confirmation of how far one team may copy the LTC of another, including whether the FIA would permit teams inferring the general concept of a rival’s design, or recreating one for test purposes only.

Abiteboul said they had received a response from the FIA to their queries and expect the details to be made public in the future.

“Up until a certain point these communications with the FIA are confidential matters,” he said in response to a question from RaceFans, “but we expect that at some point they will become public material.

“We believe that they are very important for any team to make sure they comply with the stance of the FIA on these things after obviously the precedent of this year and the controversy of this year. We have had a response from Nikolas. He is in the process of turning that into something more formal that can then become public.”