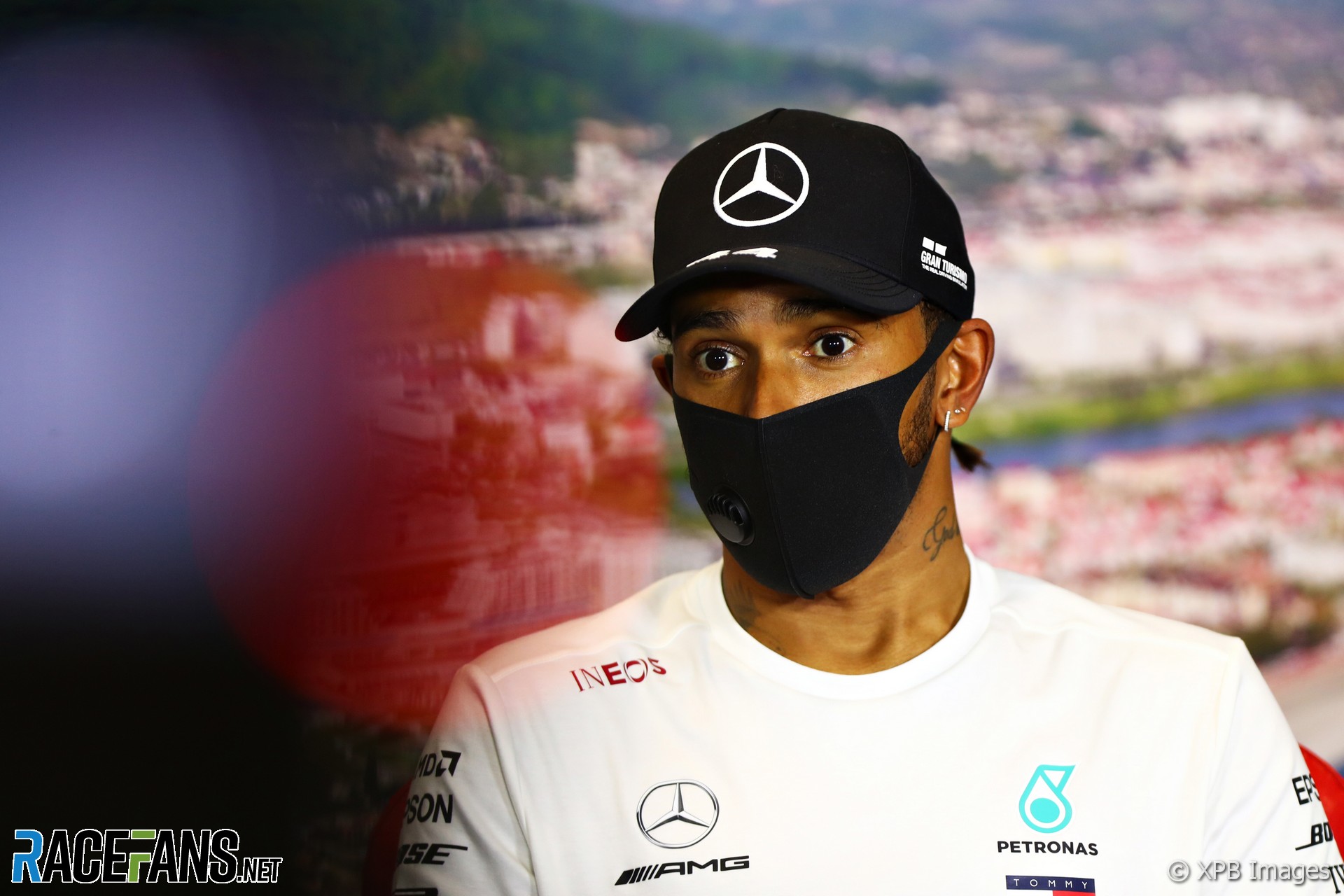 It confirmed that, following his second penalty for performing a pre-race practice start in an unapproved location, Lewis Hamilton had been given a second penalty point, giving him “a total of 10 points in the 12-month period”.

Vandoorne, Mercedes’ only reserve driver who is currently eligible to race in Formula 1, would have been well aware those 10 points meant Hamilton was only two away from incurring an automatic one-race ban. He may also have known that Hamilton will not have any expired points struck from his licence until the Turkish Grand Prix, three races from now.

The chances of Hamilton therefore triggering the ban, and Vandoorne get a call back to F1, had therefore increased significantly. “It’s ridiculous,” fumed Hamilton in the press conference after the race, vowing his driving would be “squeaky-clean moving forwards”.

However, almost four hours after the original decision was issued, Vandoorne’s hopes suffered a blow. Two further documents were issued by the stewards, announcing that both Hamilton’s penalty points had been rescinded.

He was therefore back down to a total of eight. That’s still on the high side, and more than any other driver has at the moment. But as F1 has never issued more than three penalty points for an individual incident, his chances of inadvertently triggering a ban had therefore being significantly reduced.

(F1 may not have done, but other series have. In F2 last year Nikita Mazepin was given four penalty points for causing a crash in Sochi, while at Paul Ricard earlier in the season Mahaveer Raghunathan received a trio of three-point penalties – a total of nine points – for a Virtual Safety Car infringement.)

In previous seasons it has been highly unusual for the stewards to revise one of their decisions. Even more so in a case such as this, where there was no formal protest from a team.

But this is the second time this year the stewards have changed a decision, both of which concerned Hamilton.

At the season-opening race in Austria he was investigated for failing to slow for yellow flags during qualifying. He was originally cleared over the incident on Saturday. But the following morning Red Bull petitioned the stewards to review the decision, which was upheld, and Hamilton was given a three-place grid penalty.

In Russia no formal review was submitted. However after Hamilton’s strong words about the penalty decision, in which he claimed the stewards were “trying to stop me”, he spoke to them about the decision, as he had done during the race stoppage at Monza when he was penalised for a pit entry violation.

Hamilton, Mercedes team principal Toto Wolff and the team’s sporting director Ron Meadows met with the stewards in person after the race. What was discussed and, most significantly, whether any new evidence was presented, is not clear.

There is a formal review process in place for teams to submit new evidence. This was how Red Bull succeeded in gaining a penalty for Hamilton in Austria, by drawing the stewards’ attention to recently-published footage which showed Hamilton had indeed passed a yellow flag without slowing.

This formal review process was not used in Sochi. So if Mercedes did not present any new evidence, why did the stewards decide to rescind those crucial two penalty points?

When the stewards announced the revised decision, they stated they had “received information from the team that the driver of car 44 had received a team instruction to perform the practice start in the incorrect place.” But this detail was publicly known before the original verdict was issued.

The following exchange between Hamilton and race engineer Peter Bonnington was broadcast and reported here while the investigation was ongoing:

Did the stewards overlook this seemingly crucial exchange when they made their original decision? If so, it begs the question whether they should have penalised Hamilton at all, and he should not have been docked 10 seconds in the race, which potentially cost him a victory.

That damage can’t be undone. But if he picks up two more penalty points in the next two races, that little chat with the stewards will have spared him a race ban.

Unless, of course, he gets a further two penalty points…

117 comments on “Why did the stewards make their second U-turn this year on a Hamilton penalty call?”