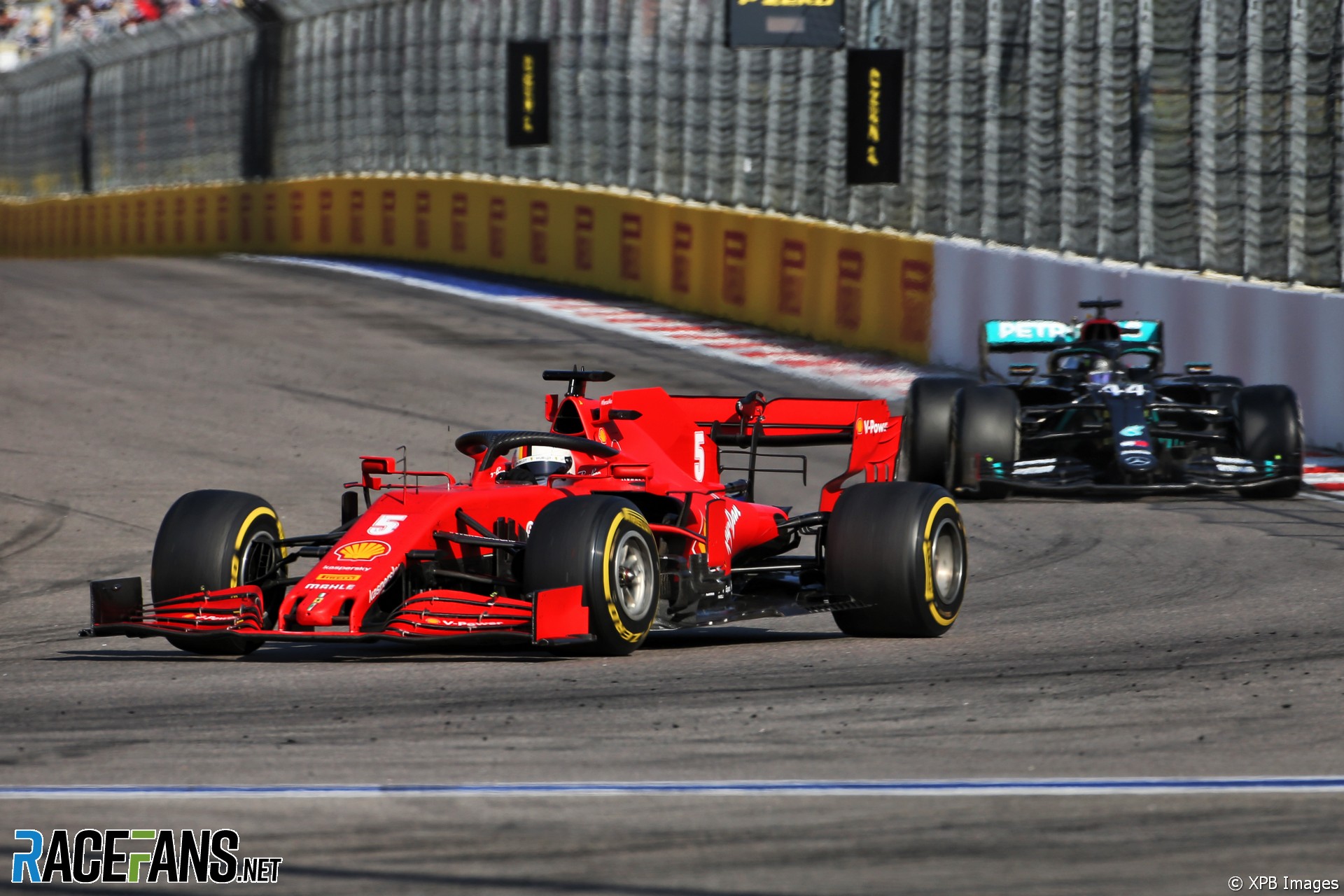 In the round-up: Sebastian Vettel say he isn’t happy with his Russian Grand Prix performance after finishing a lapped 13th for Ferrari.

Vettel was asked whether he felt much benefit from Ferrari’s update at the Russian Grand Prix:

Well, I mean, obviously my race was a bit compromised. I’m not happy with today’s performance. So maybe I’m not the best to judge in the race.

On Friday I think the parts were doing what we expected. It’s a very small step, not a huge one in performance, but we knew that going in. So, yes, for sure it doesn’t hurt and hopefully we can confirm in the next races that the pace is a little bit better too.

We build them strong but, more importantly, we make sure every single one is safe. Crew all OK 🙏 👍 pic.twitter.com/qKoe6Zh93h

On my way home ✈️

Thanks to everyone for your messages 👍🏻 pic.twitter.com/aZc1iMhRSs

Jonathan Eddolls: "Pre-race we predicted starting inside the top 10 on the option compound would be a disadvantage, and we saw that for Pierre. He had to stop earlier than Daniil and he re-joined the race in traffic – at that time the tyres were good, but suddenly they hit a cliff. In hindsight, maybe stopping him a couple of laps earlier may have been an advantage, but in any case, I don’t think it would have changed the end result."

George Russell: "It was a really tough day in the office with a lot of mistakes from my side. I was struggling with the tyres and couldn’t get them working. I have been struggling with the starts a lot this year and I needed to step it up in terms of my confidence, and that’s what I did. I made a really good start, but I was forced off as turn two is so tight."

Guenther Steiner: "Romain (Grosjean) was not happy with his car, but I think that was broadcasted very well, so I don’t need to say more on that one."

Esteban Ocon: "When we put on the hards, the car was not the same. It was a bit tricky to drive and I was struggling with grip and balance and I just wasn’t as happy as I was on the softs. I was almost following Max (Verstappen) on the softs at the beginning of the race, so that’s something for us to review there."

If he’d slowed down more for the chicane, he’d probably have ended up with someone hitting him up the backside.

I’ve always thought that the chicane was tight, but today just goes to show how badly designed it is:

I’m not saying there shouldn’t be some sort of penalty or disadvantage to running wide, but just that it should be better managed than it is.
@EuroBrun

15 comments on “Vettel “not happy” with Russian Grand Prix performance”