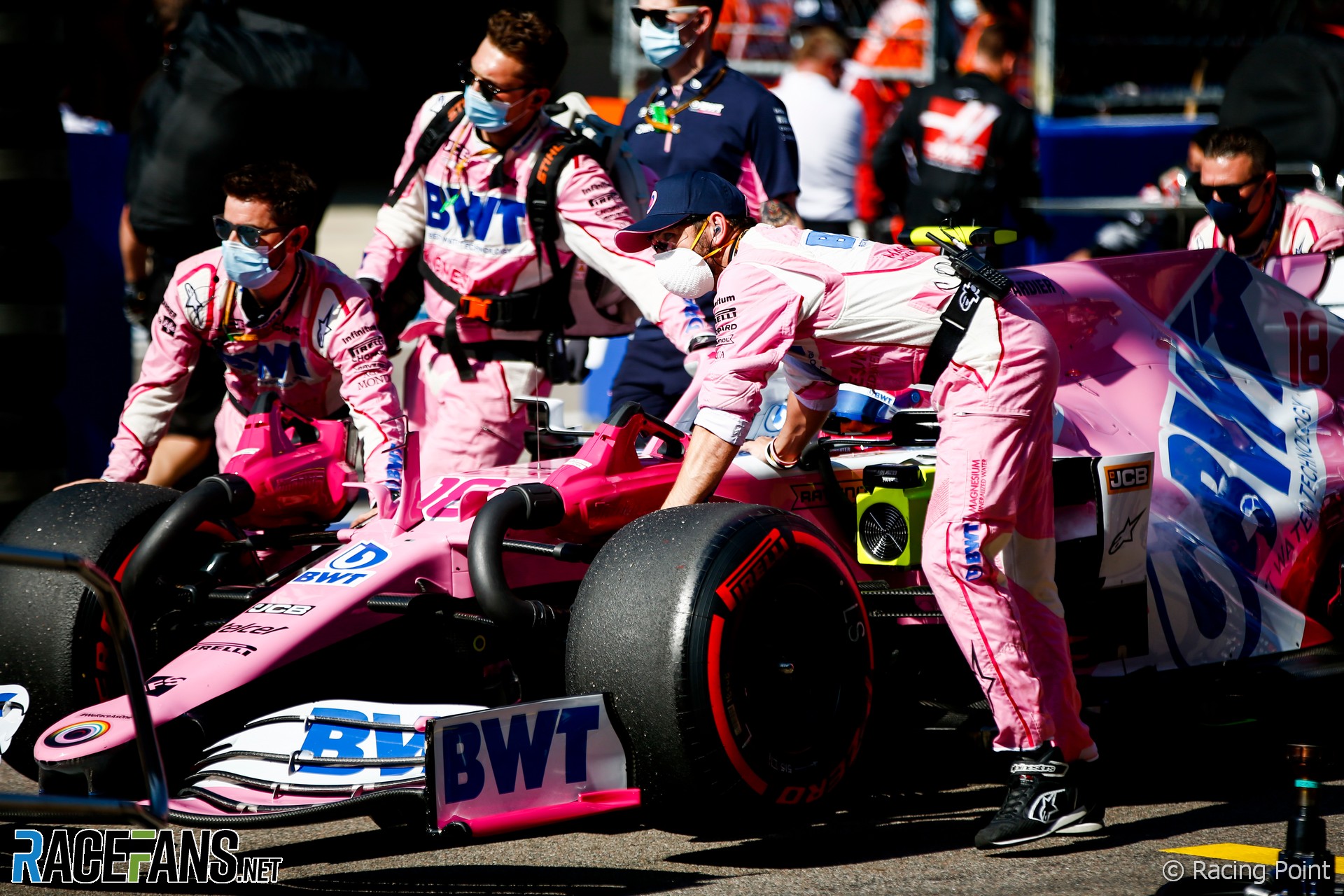 Charles Leclerc said he collided with Lance Stroll on the first lap of the Russian Grand Prix because he understeered in the slipstream of the Racing Point driver’s team mate.

Leclerc was side-by-side with Stroll in turn, following Sergio Perez, when the collision happened.

“I tried to go on the inside of Lance in turn four,” said Leclerc. “Then in the middle of the corner Perez took the apex.

“When I was behind him, I understeered quite a bit and then we made contact with Lance.”

The contact spun Stroll into a barrier on the inside of the track, ending his race. He was unimpressed with his rival’s driving.

“I got clipped by Leclerc,” said Stroll. “Very sloppy from his part.

“I gave him all the room. I was on the outside of the corner and he just clipped my right rear tyre. I’m quite surprised. I think it was avoidable from his end.”

“It was a bittersweet race with Lance being taken out of the race on lap one – through no fault of his own – when Leclerc hit his right rear tyre. That spun Lance around and into the wall.

“It’s a massive shame because he had made a superb start and was already up in seventh right behind [Sergio Perez]. Given the pace of the car, it’s frustrating that Lance couldn’t score the points he deserved today.”

The stewards noted the incident during the race but it was not investigated.

25 comments on “Leclerc: Wake from Perez’s car contributed to collision with Stroll”