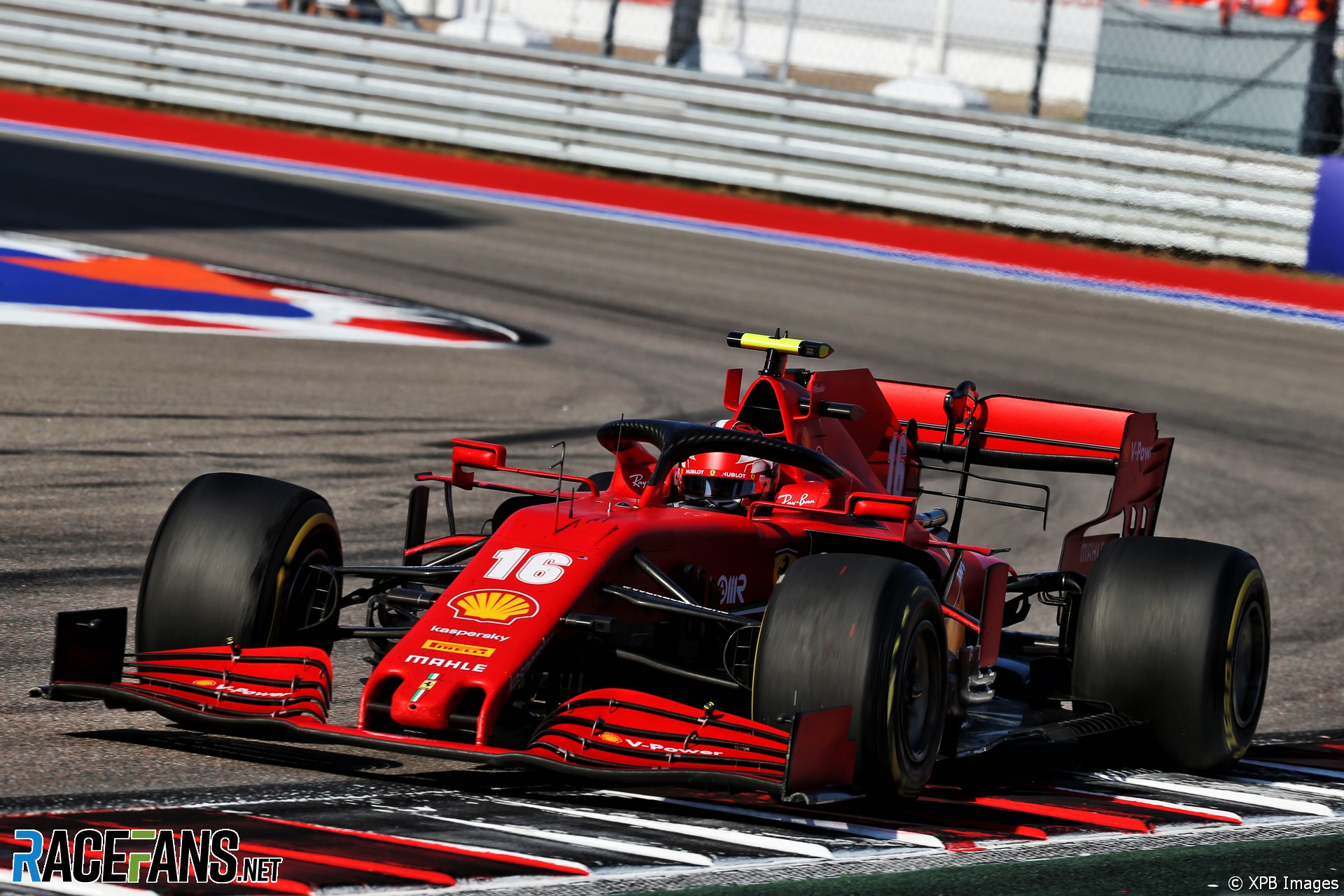 Ferrari team principal Mattia Binotto said the team made progress with its troublesome SF1000 in the Russian Grand Prix, but not as a result of the new parts they introduced.

Charles Leclerc finished sixth, scoring his best result since the 70th Anniversary Grand Prix in early August. However Binotto believes the team’s improved form was largely a result of the differences in the track layout compared to previous races.

“No, I don’t think it’s down to the upgrades,” the Ferrari team principal explained. “That’s not the reason.

“I think we’ve got a better balance here on these track characteristics. So let’s hope again that we’ve found again some competitiveness that will give the opportunity at least for the two drivers to compete for a better position in the future.”

It was a mixed picture for the team in Sochi. Ferrari lapped 1.6 seconds slower than they did in 2019 – their biggest year-on-year loss at any circuit so far this season.

Sebastian Vettel had a difficult weekend, crashing in qualifying and finishing the race well outside the points. Nonetheless Binotto said “there are some positives” the team could take away from the race.

“The first is the result,” he said in response to a question from RaceFans. “The second I think the relative pace in the race.

“Certainly with Charles – it’s been more difficult for Seb today being more in the traffic, starting behind on the grid et cetera. But I think compared to the last races at least a bit more competitive in the race.”

Binotto said more upgrades are scheduled to be introduced at the next race in two weeks’ time, but again played down their likely effect on Ferrari’s pace.

“We brought some new bits, it’s not a big step forward, not yet sufficient, we are fully aware,” he said. “But it’s important to go in the right direction for at least the remainder of the season.”

“We’ll have a few more updates in Nurburgring but again,” Binotto added. “Not major, but still for us I think important considering our level of competitiveness. Then we’ll focus mainly on the diffuser for the remaining part of the season. But by when, it’s not yet defined.”