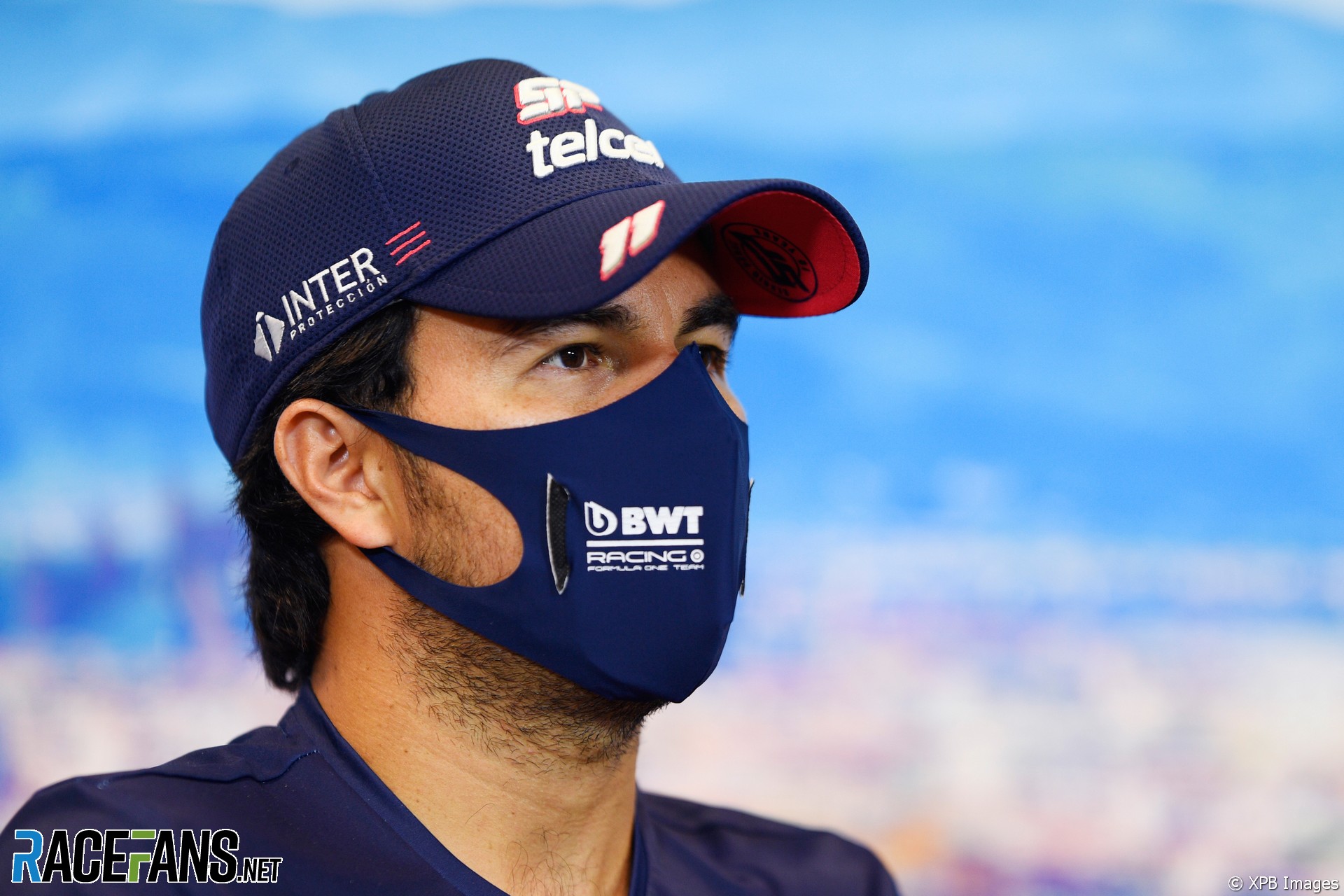 Sergio Perez has accepted he was mistaken to claim Racing Point are “hiding” aspects of their car’s development from him, according to the team’s technical director Andrew Green.

On Thursday Perez said some team members at Racing Point, which he will leave at the end of the season, were no longer sharing significant details about their engineering programme with him. He said this could compromise the team’s efforts to take third place in the constructors’ championship.

However Green said Perez had only been excluded from briefings related to their 2021 car, as he will not drive it.

“Those conversations are for next year’s car, basically,” said Green. “We’re not excluding him from anything we’re doing this year.

“It’s in our interest to have him as fast as we can get him for the rest of the season. We’re in a fight for the championship, it does us no good at all to start to treat him any differently, and we haven’t done.”

Green said Perez’s comments, which were made in Thursday’s FIA press conference, came as a surprise to the team.

“We were surprised that instead of talking to us about any issues he had, the first we read about it is in the press. So that was a bit strange.

“But then when we spoke to him about it and asked him about what was it he thought we were holding back he realised that actually he was mistaken and we weren’t holding anything back. We were open with him now as we were last year, before the announcement.

“One thing that we won’t be talking about is what we’re doing for next year car. But that shouldn’t prevent us from doing the job that we do now for this year.”

In a social media post yesterday Perez said he had “spoken to the team and they accept my explanation”.