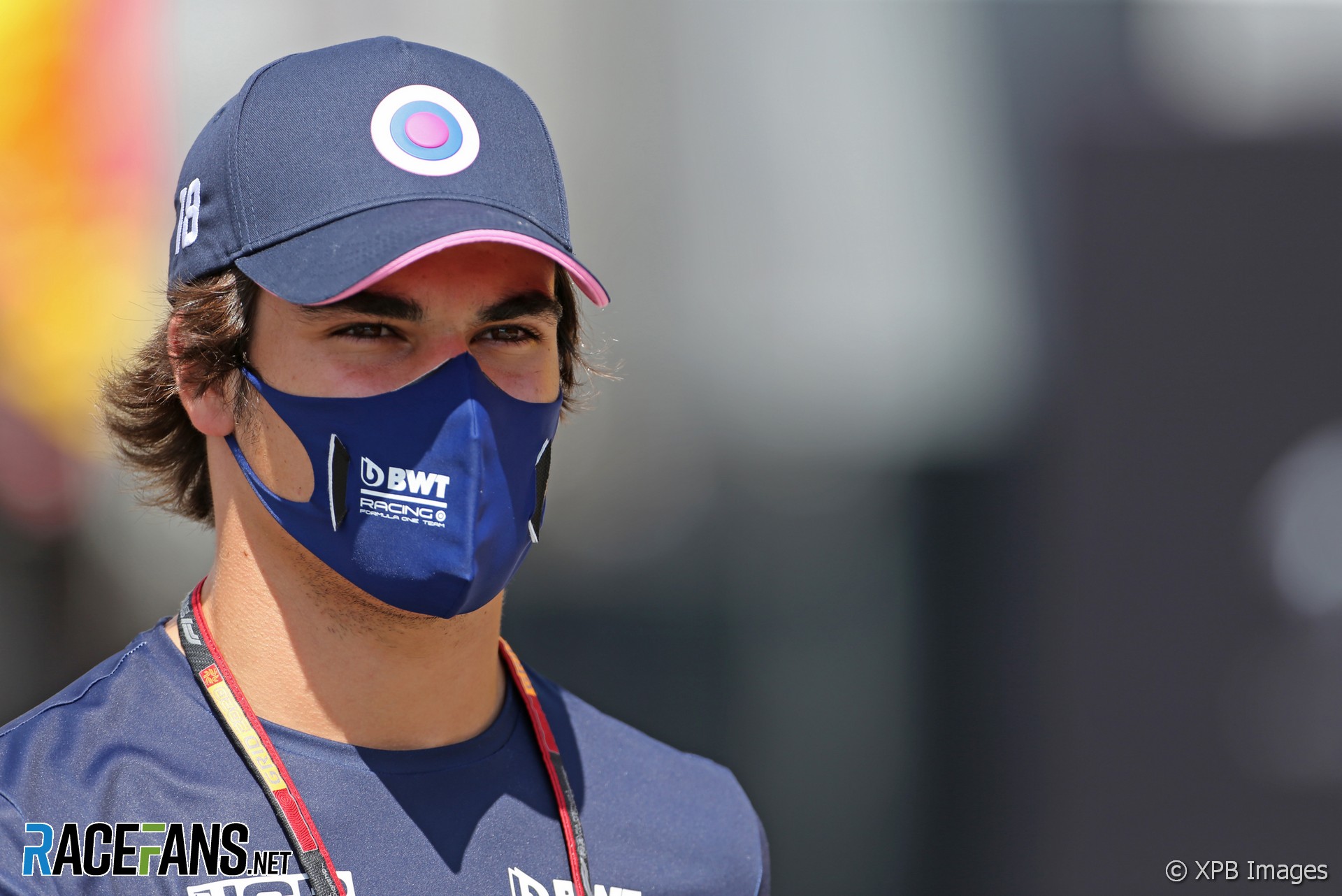 Lance Stroll says he accepted early in his Formula 1 career that he will always face criticism due the backing he has received from his father.

Lawrence Stroll bankrolled his son’s progress through the junior categories which included a special F1 testing programme when he moved into the championship from Formula 3 in 2017. The following year the billionaire purchased the Racing Point team, which his son now drives for.

Stroll said criticism of the privileges he has enjoyed in his progress to F1 is “always going to be there.”

“I think it’s just how it is,” he told Natalie Pinkham’s podcast. “I’ve come to that realisation a long time ago already.

“Everyone has their opinion. I just do my talking on the track and I try and stay in my own little bubble and block out the negativity and the outside noise.

“When you’re successful at something, you’re trying to chase your dreams, there’s some people in this world that if they’re going through frustrations and they’re envious in any shape or form, they try and pull you down with them and that’s the world we live in.

“So there’ll always be outside noise, there’ll always be negativity. I just try and keep it positive and listen to the people that are close around me. That’s ultimately all that matters. You can’t please everyone, you can’t be everyone’s best friend in this world, it doesn’t work like that.”

Stroll said he realised “very early on in my first year Williams” that “every time I would do badly, I would make a mistake, people would just trash me and just destroy me on the media.

“And in life as well, friends and stuff – not really friends, but people that I knew – when I would do well a lot of people were my best friend. Friends of mine that I wasn’t really so close to, all of a sudden you’d do well and they’d be your best friend.

“As well on social media, when I’d do well it would all go quiet. All the hate and all the noise would just disappear. And then when I do bad again it would all come back, it would all restart.

“So I saw that pattern very early on. And to be honest, I mean, you’ve got to laugh at it, because if you don’t laugh at it, you’d feel like crying. So I’m trying to take it lightly to be honest.”

The 21-year-old made his F1 debut after winning the Italian Formula 4 title, Toyota New Zealand series and the European F3 championship, in its previous incarnation. Stroll said those successes proved his potential as a grand prix driver.

“I had to win those championships,” he said. “That’s why there’s the super licence points in place – the 40 points that you must achieve by winning certain championships to get the points to compete in Formula 1 – or else there’d be a lot of people without talent that could just buy their way in and once maybe be awful.

“I would like to think that I proved myself leading up to Formula 1 and in Formula 1 to an extent. I know I’ve had my bad years of Formula 1 and I’ve had my struggles. But at the same time, there’s been a lot of highlights, in my eyes, throughout my Formula 1 career and I want to keep going so my sights are set on the future.”

81 comments on “Stroll: Some people will always try to “destroy me””