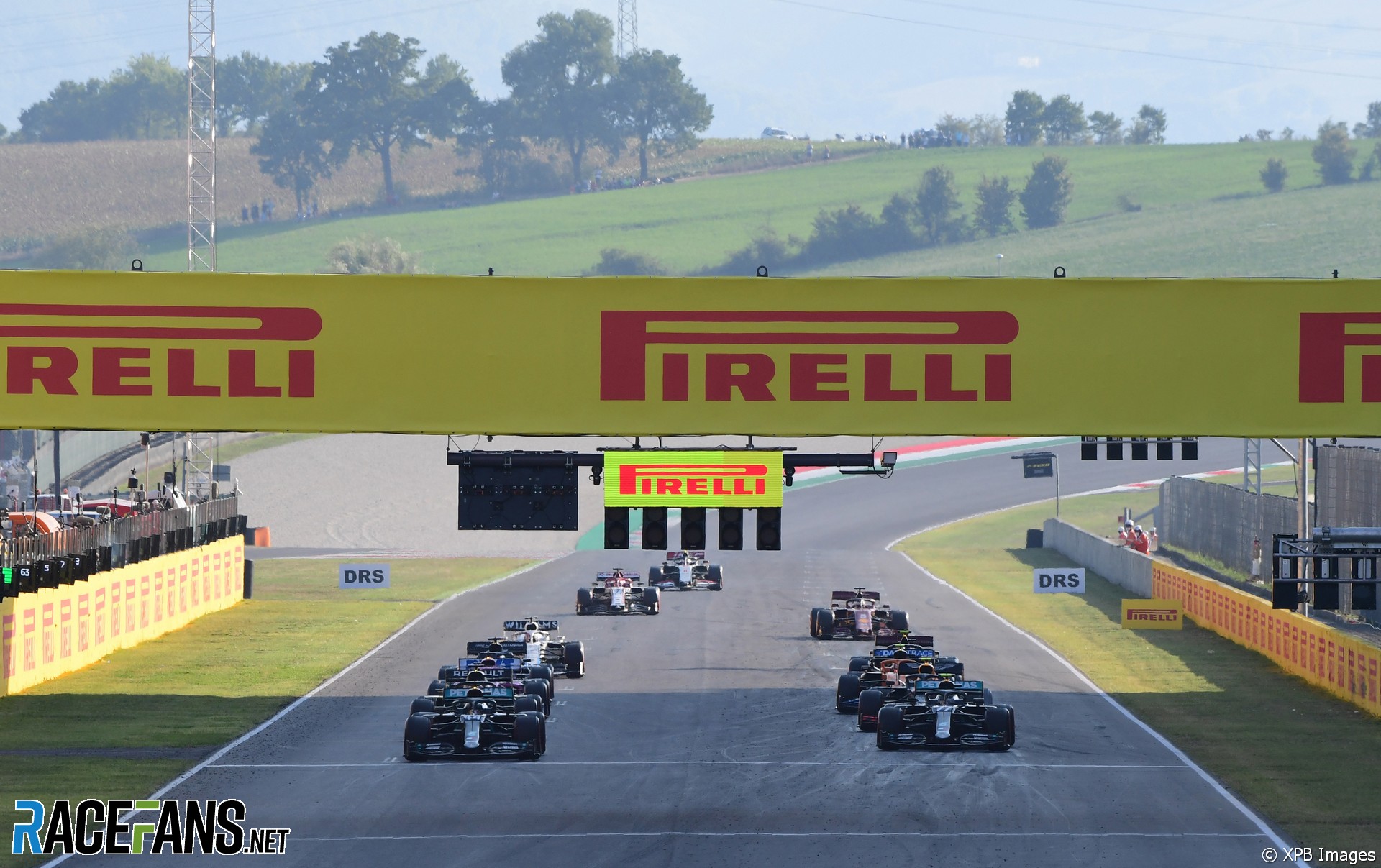 Formula 1 race director Michael Masi does not agree the use of standing restarts could be unfair, despite concerns raised by Sebastian Vettel.

Three standing restarts have taken place in the last two races, under rules which were introduced in 2017 but have been little used since. Following last week’s Tuscan Grand Prix Vettel said he is “not a big fan of that rule, because if you’re on the right side of the track it’s a huge advantage.”

The passage of cars during a race cleans the racing line and leaves deposits of small pieces of rubber known as ‘marbles’ off it. This hands an advantage to those who restart on the racing line.

“If you’re on the dirty side of the track, we saw that at Monza already, halfway through the race there’s a lot of marbles off the line,” said Vettel. “I don’t think it’s fair.”

However Masi pointed out the track was cleaned ahead of the restarts at Mugello.

“In both of those cases, certainly after the first race suspension, there was an extensive amount of cleaning with the sweepers that was done down the pit straight.

“So, yes, you could say it’s off the racing line. But it’s no different to any other time, just like the race start itself, with all the other rubbering-in that its head for the rest of the weekend.”