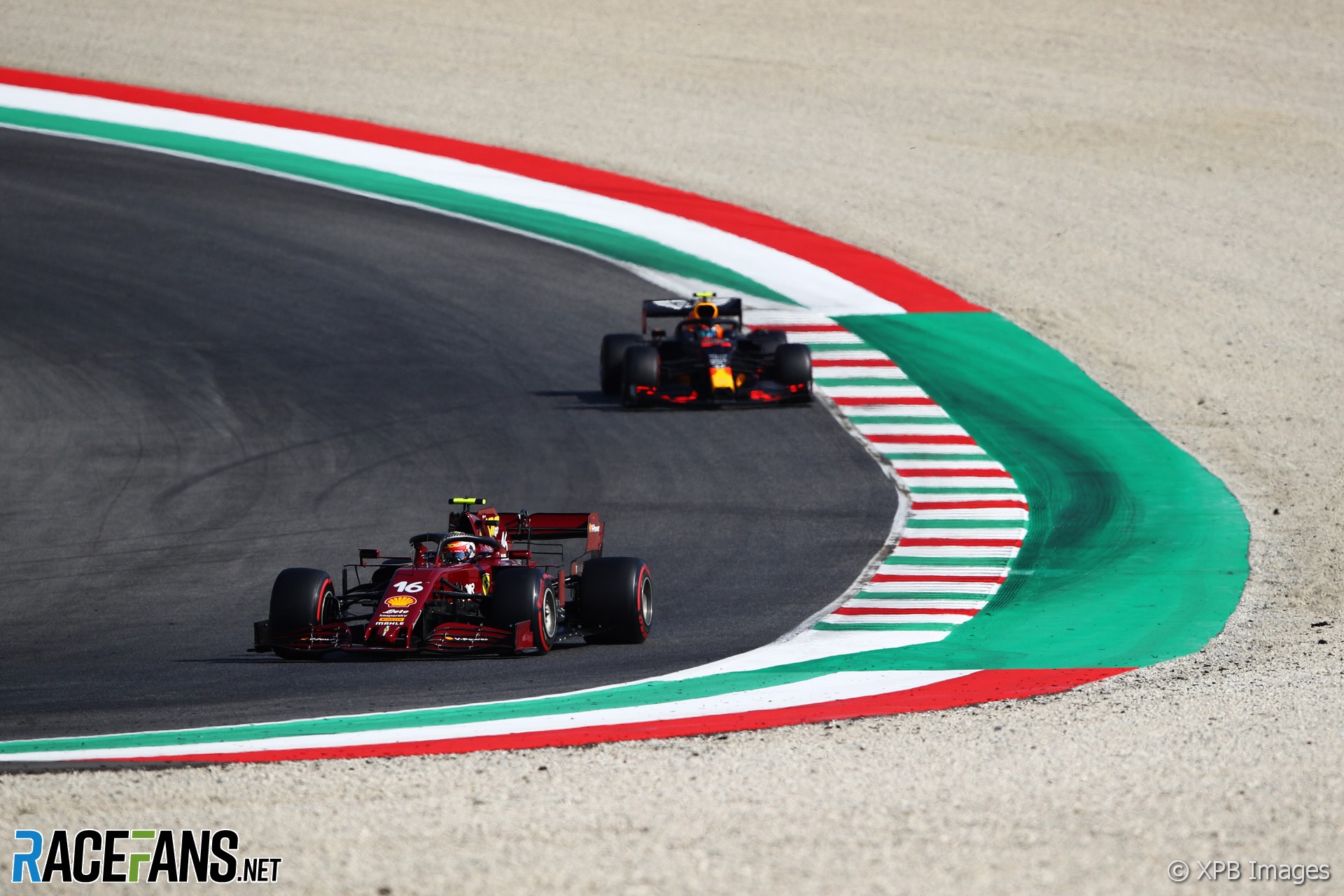 However F1 race director Michael Masi said it’s not possible to use them throughout the permanent road courses which feature on the F1 calendar.

Mugello differs from many modern and recently upgraded F1 circuits in that is still uses gravel traps at all of its corners. Many other circuits have replaced gravel with extensive asphalt run-off areas. Following Sunday’s race some drivers said they would like to see gravel more widely used in Formula 1.

“I want gravel,” said Charles Leclerc. “At the end we are drivers and this a bigger challenge for us drivers.

“You know that if you do a mistake you pay for it more than just going wide and coming back on track 50 metres later. So I prefer gravel.”

Lecler’s team mate Sebastian Vettel agreed. “As a driver you prefer the fact that if you go off, it gets penalised. It makes things a lot more straightforward.”

Asphalt run-offs can slow cars down more effectively than gravel in some situations. This can allow barriers to be brought closer to the track, creating better viewing opportunities for spectators.

Vettel suggested a mix of the two may be a worthwhile solution. “You have to balance also the gravel against the asphalt in terms of when things go wrong,” said the Ferrari driver. “There were a couple of incidents in the weekend and if you get it wrong the gravel doesn’t really slow down the car.

“Maybe we can have an intermediate solution where you have a gravel strip initially, and therefore there is no point to go wide, but after that have asphalt for the benefit of having less run-off, bring the spectators closer to the track and also make it safer for us so the cars slow down if you lose control or whatever.

“It’s not an easy one, but for sure with all the asphalt around in some tracks it just sort of takes away the character and makes it a little bit too easy to do a mistake.”

“No, we can’t have them everywhere,” he said in response to a question from RaceFans. “It’s not a one-size-fits-all.

“We need to come up with appropriate solutions with each of the circuit owners and operators and we’ll continue working through that. We’ve already discussed it with the drivers. So I think it’s a bit much to ask and it’s not the solution everywhere, let’s put it that way.”