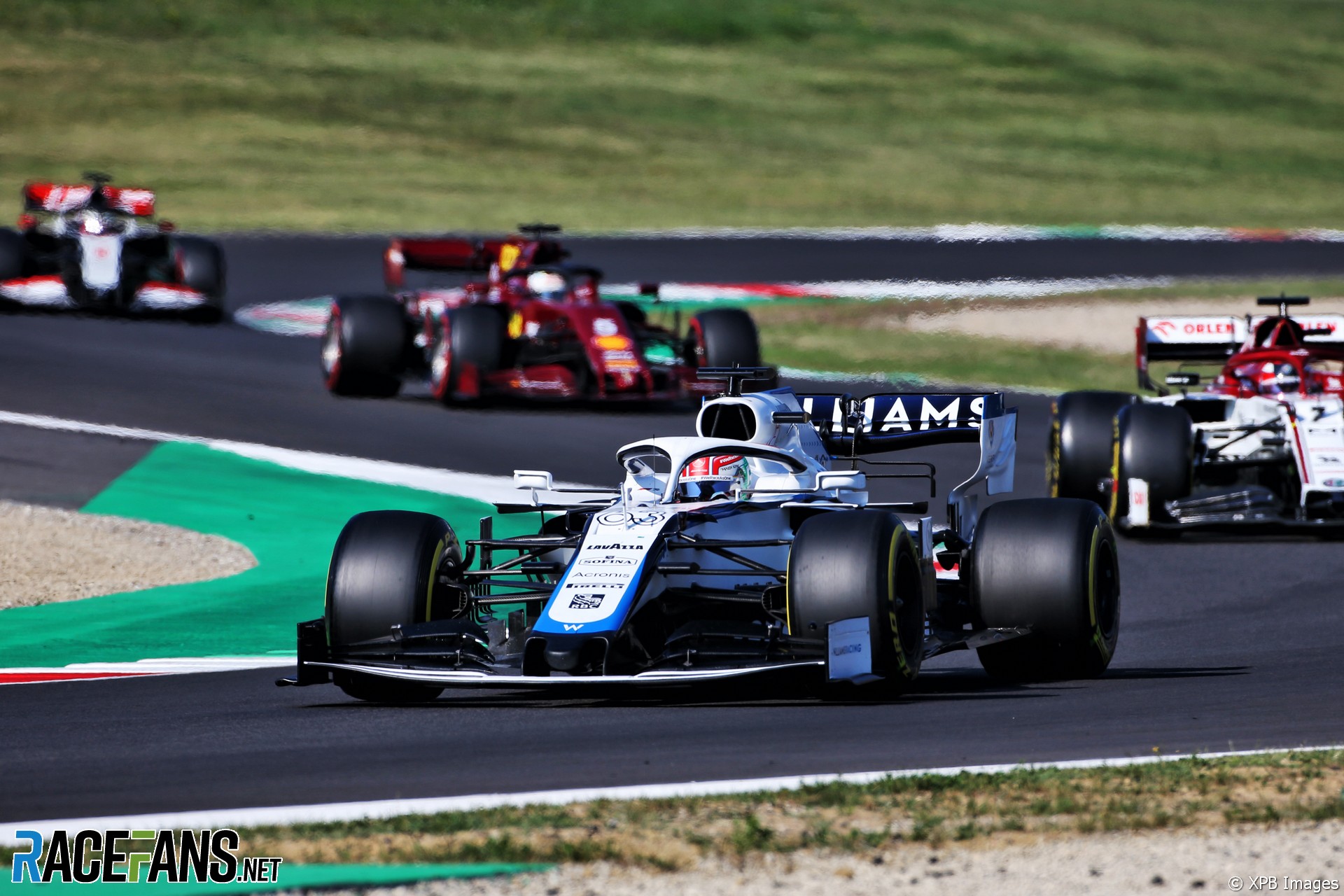 Following the Italian Grand Prix F1’s motorsport director Ross Brawn indicated he wished to revive the proposal to replace qualifying sessions with reverse grid sprint races at some events. The scheme was blocked by teams in 2019 and again earlier this year.

Russell is 20th in the championship and would start from second on the grid, behind Romain Grosjean, in such a race. But the Williams driver said last week he was “against” the idea.

“We will be defending like crazy to try and hold the faster cars off who are behind us. But, as drivers, you’ll be made to look a little bit stupid because ultimately you’re battling against guys who are in cars much, much quicker than yours, who can brake 10 metres later into a corner, who can lunge you from really far back.

“If I was in one of the top cars, I’d actually really, really want it because it would make those drivers look like heroes, lunging drivers from miles back purely because they’re in a superior car.”

He admitted the proposal might give him and team mate Nicholas Latifi a better chance of scoring points. “But for our image, not just me and Nicholas but the Haas guys, the Alfa guys, it’s just impossible to race cars that are so much faster than yours,” Russell added.