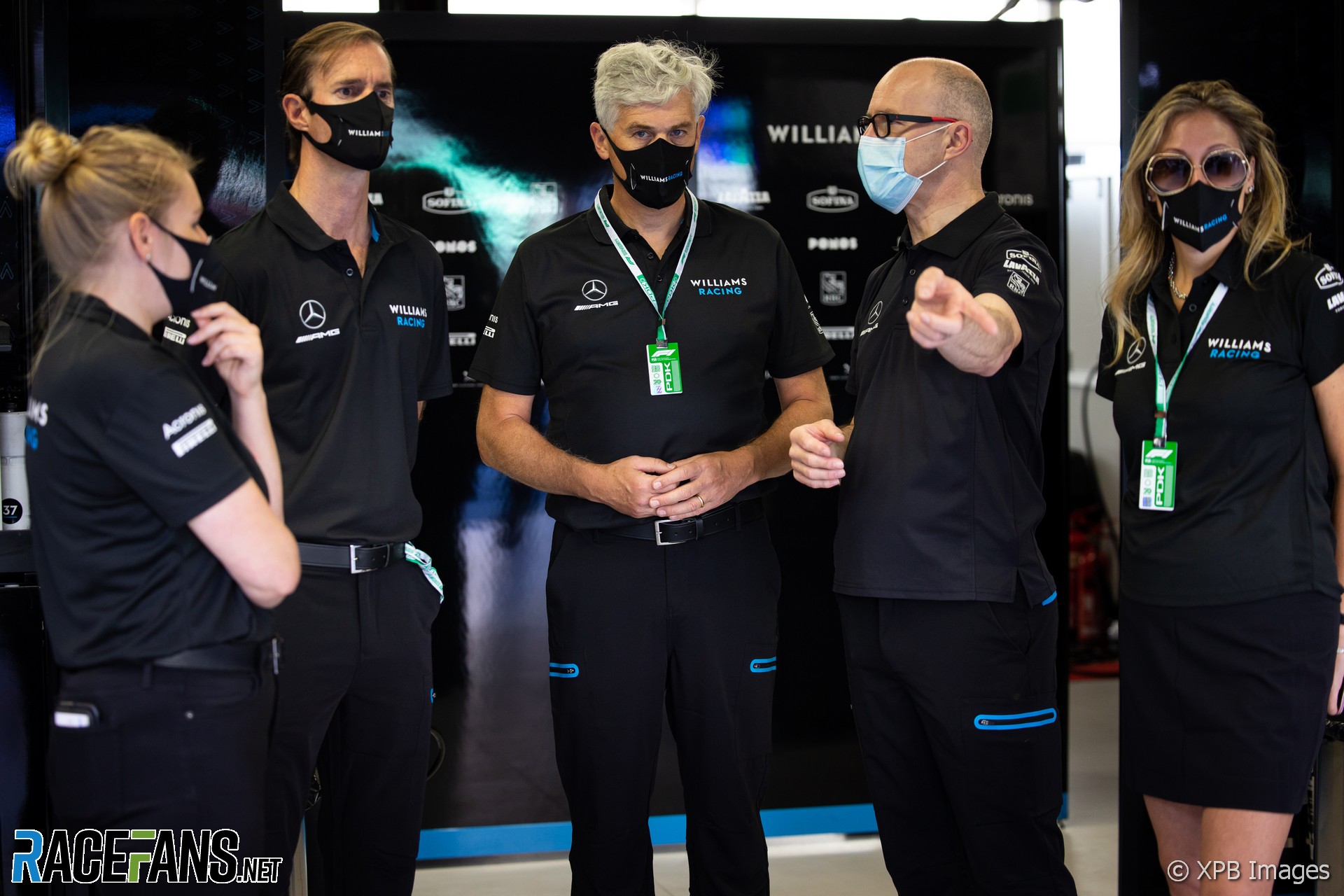 The new owners of Williams made their first appearance at a race weekend during the Tuscan Grand Prix at Mugello.

Williams was sold to US private capital firm Dorilton last month. Deputy team principal Claire Williams stood down following the Italian Grand Prix at Monza and Simon Roberts, who was hired in May, took charge as acting team principal.

“They spoke to us first thing [in the] morning,” said the team’s head of vehicle performance Dave Robson. “Really it was little more than an introduction. Obviously, Saturday morning is pretty busy for us.”

The new owners are conducting an extensive review of the 43-year-old team’s operation before deciding their next steps.

“They introduced themselves and explained a little bit about how they see the next couple of weeks and how the reviews are going,” said Robson. “But otherwise not too much yet, we’ve got plenty of time to really get to know them and understand where we’re heading as a team.”

Williams equalled their best result of the season so far last weekend. George Russell finishing in 11th position, three seconds away from scoring the team’s first point of 2020.