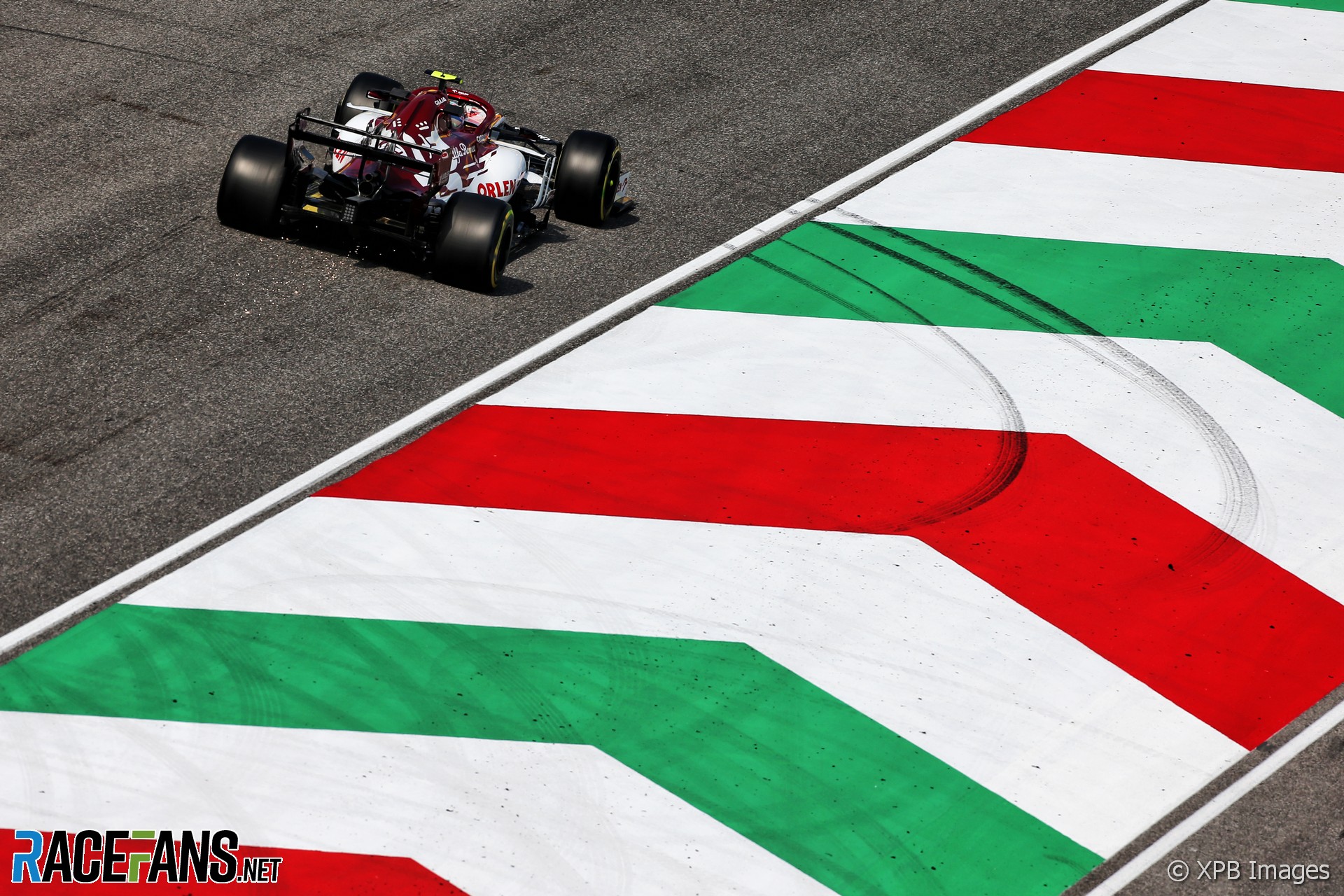 The single DRS zone at Mugello may not be long enough to allow drivers to overtake, Antonio Giovinazzi has warned.

Several drivers have expressed concerns that passing other cars is likely to be very difficult at the Tuscan track. The slowest corner is taken at over 120kph, and drivers never drop below fourth gear on a lap of the circuit.

Giovinazzi, who has not made it out of Q1 so far this season, said he is encouraged by Alfa Romeo’s potential qualifying pace, given the likely difficult of overtaking.

“Going into Q2 for sure is the target and then after that, we’ll see,” he said. “In second practice especially we saw that in the race it will be really important to be at the front and it will be difficult to overtake. So we need to be really focussed on the qualifying tomorrow and do a good job there and then also a good first lap and see after that.”

Giovinazi said he is more concerned about the difficult of overtaking than tyre wear. “The tyres, actually, I think it could be a little bit worse,” he explained. “On Sunday especially it will be hotter so we will see what happens.

“But the main issue on Sunday will be following people. Overtaking will be really hard, especially as DRS is a little bit too late on the straight. But we’ll see.”

The activation point for the single DRS zone is 290 metres after the exit of the final corner, Bucine, past the pit lane entrance.

Sergio Perez echoed Giovinazzi’s concerns about the difficulty of overtaking. “I’m looking forward to being strong tomorrow in qualifying,” he said. “In the race it will be difficult to overtake.”

“Qualifying here is extremely important. I really hope we can qualify well – the car is working well and we should be up there fighting for a good grid position.”