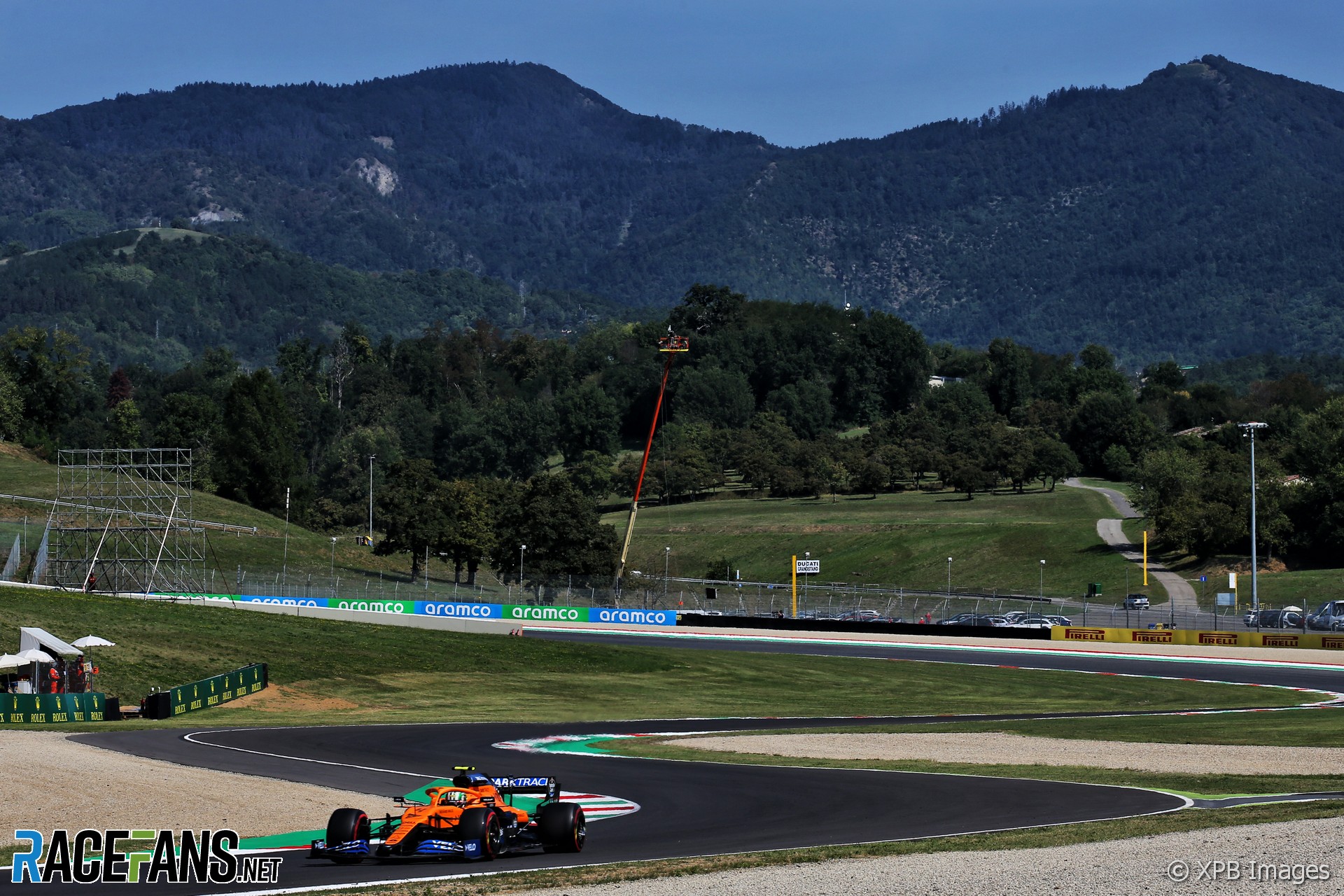 Lando Norris said the limited room to make a mistake at Mugello is part of the track’s appeal despite damaging his McLaren in a crash during the second practice session.

He spun into a barrier after dropping a wheel into a gravel trap, which pitched his car sideways. The front of the McLaren was damaged in the impact and Norris was unable to take further part in the session.

However Norris said he’d rather have tracks bordered by gravel traps than more forgiving run-off areas.

“As much as I hate that there was gravel because of ending up crashing and damaging the car, it’s better like this,” he said. “I think it’s more tricky, but it’s more challenging. That’s what it should be like. It’s not ideal, but it’s what happens sometimes.”

Norris said the crash “felt a lot worse when I was in the car, than what it looks like.

“I did do some damage to the steering and the rear but nothing major. I don’t think I damaged too much on the floor or the wings, apart from the front wing, obviously. It’s not terrible, it could’ve been worse.

“But it was a small mistake from my side which was quite costly. Cost me a lot of high fuel running in second practice. But it is what it is.”

“There’s no Tarmac run-off anywhere. It’s a big consequence if you make a mistake and that adds why this track is cool.”

7 comments on ““That’s what it should be”: Norris satisfied with Mugello’s punishing confines despite crash”