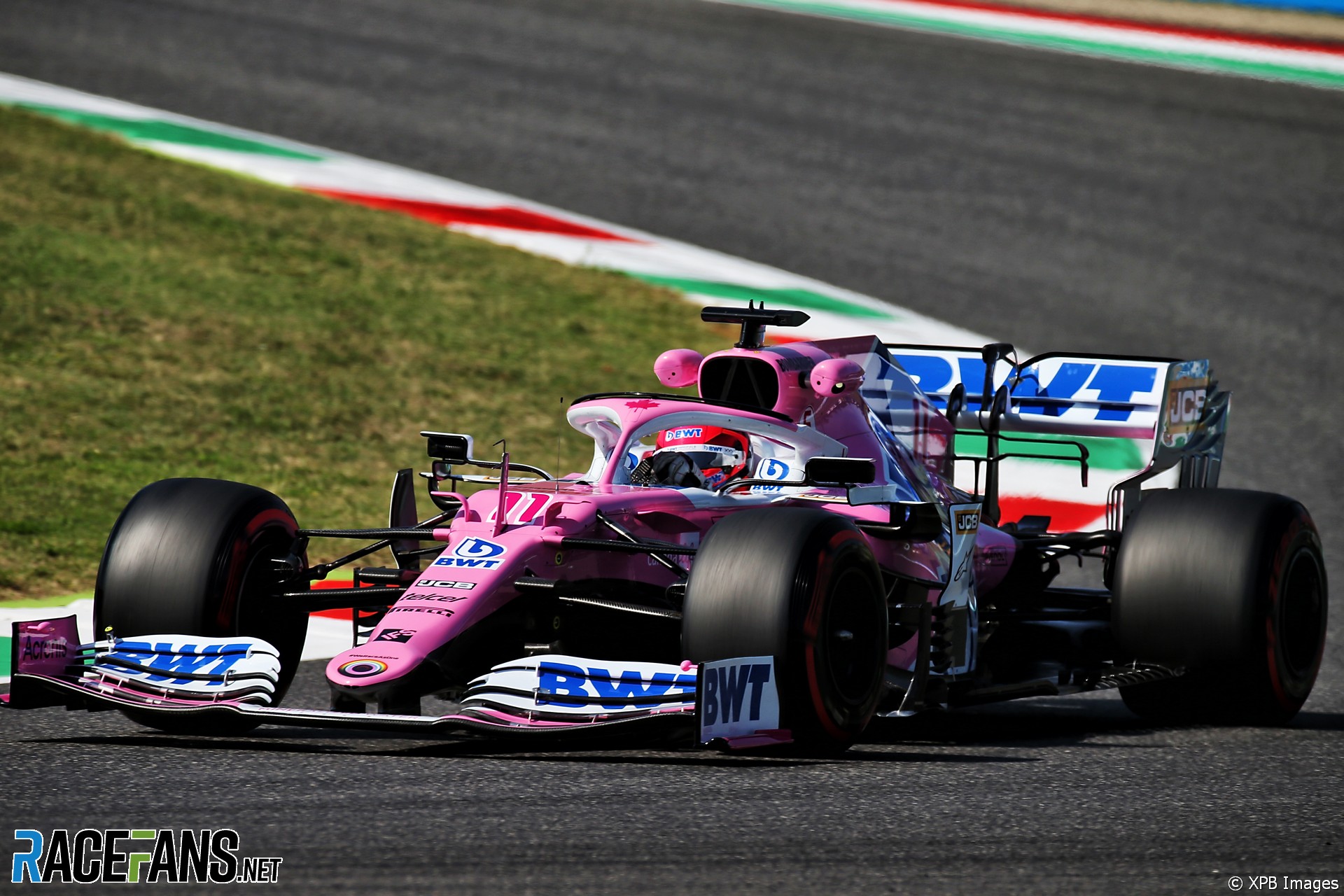 Sergio Perez has been given a one-place grid penalty for his collision with Kimi Raikkonen during the second practice session at Mugello.

Perez had rejoined the track after pitting to switch from soft to medium tyres when the pair made contact at San Donato, turn one.

The stewards noted Perez “was warned by his team of the approach of car seven [Raikkonen] and car 23 [Alexander Albon] as he was leaving the pit exit.”

“There was a blue flag waved at him prior to turn one and it was apparent that he saw car seven in his mirrors.

“The driver argued that the pit exit is extremely long and he had reached a high speed by the time he was passed by car seven and that he was unable to take a different approach to the turn.”

The stewards said they took previous practice incidents into consideration, such as Valtteri Bottas’s reprimand for colliding with Romain Grosjean at Yas Marina last year, and an incident involving Sebastian Vettel in Bahrain five years ago, when no action was taken. On this occasion they decided “there is some merit in mitigating [a] penalty and therefore reduce the normal penalty for an offence of this type from three grid positions to one.”

“A grid penalty is appropriate as car 11 was exiting the pits, whereas car seven was on a fast lap and therefore the driver of car 11 was wholly to blame,” the stewards added.

Perez said the configuration of the pit lane exit at Mugello could contribute to incidents.

“It’s very narrow and long the pit lane exit,” he said. “It’s obviously the first time we are here.

“The stewards are considering it. They think that it should be changed, the pit lane exit, because it goes far too long at it doesn’t give you an angle when you are in the pit lane exit so it can cause a bit of an accident.”