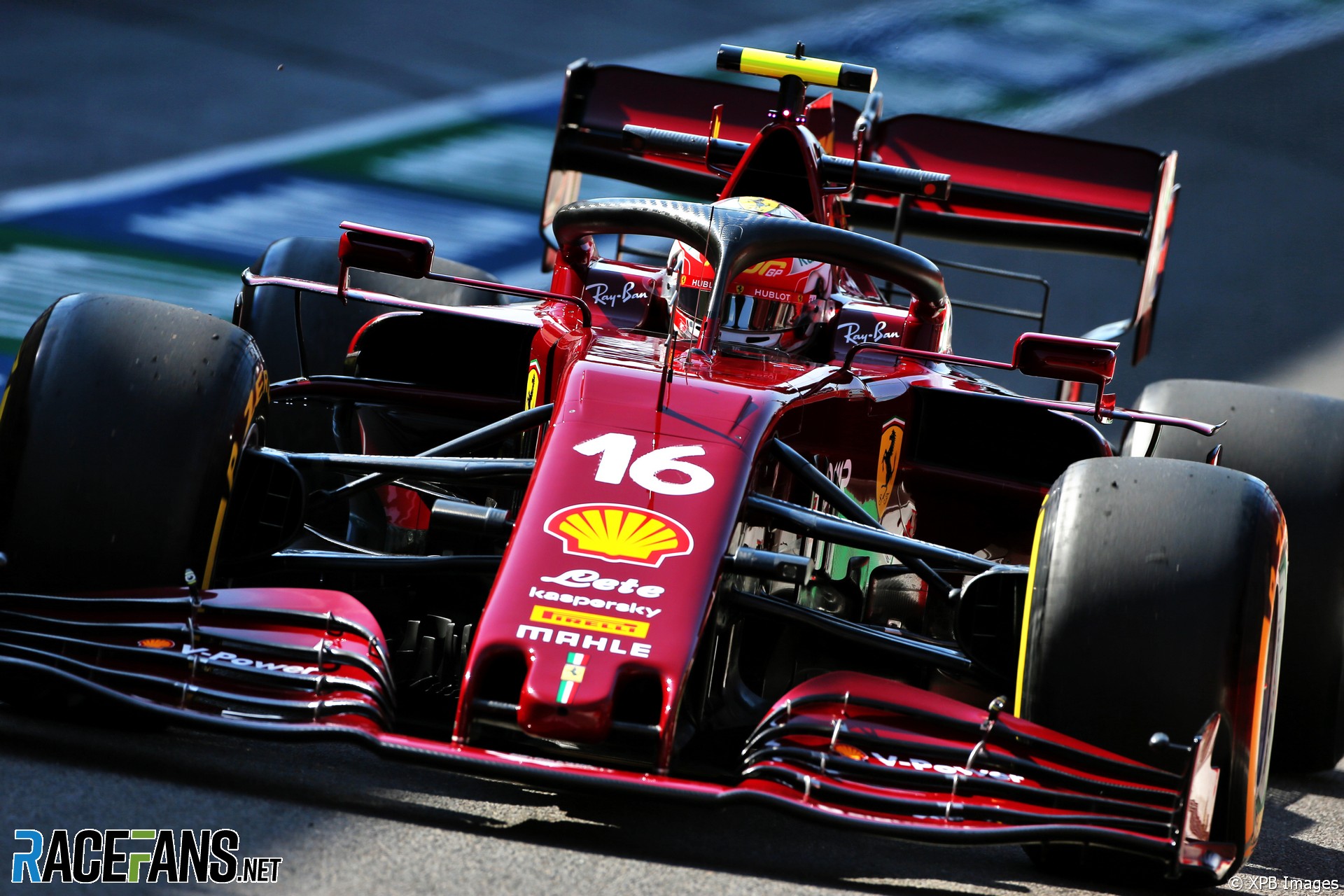 Charles Leclerc says the filming day Ferrari conducted at Mugello in June helped them hit the ground running at the track today.

He ended the first practice session third fastest behind the two Mercedes drivers in one of the more competitive recent showings by Ferrari.

“It was positive,” said Leclerc at the end of the first day of practice. “On the other hand when it’s going positive we need to understand why.”

He admitted the team did not expect their promising start to the weekend. “To be honest, it was a bit of a surprise for everyone,” he said. “I have my personal opinion.”

Leclerc and Sebastian Vettel previously spent a day running a 2018-specification Ferrari at the Tuscan circuit, which is owned by the car manufacturer.

“We have done a filming day which helped us also to get in the rhythm of the track [while] for all the other drivers it was a new track. Maybe that helped us a bit.”

Leclerc fell to 10th in the times in the second practice session, behind Kimi Raikkonen’s Alfa Romeo.

“In second practice it was more where we expected to be,” he said. “But I believe that it’s all very close and I think that we can do a positive step for tomorrow.”

He admitted he was already feeling the physical strain of the high-speed circuit. “Already in second practice for the long runs that we’ve done, for the neck, you start to feel it,” he said. “So the race will be a tough one.”

“The speeds are high, there’s not much run-off area, so no room for errors,” he added. “But I guess that’s what we like as drivers.”