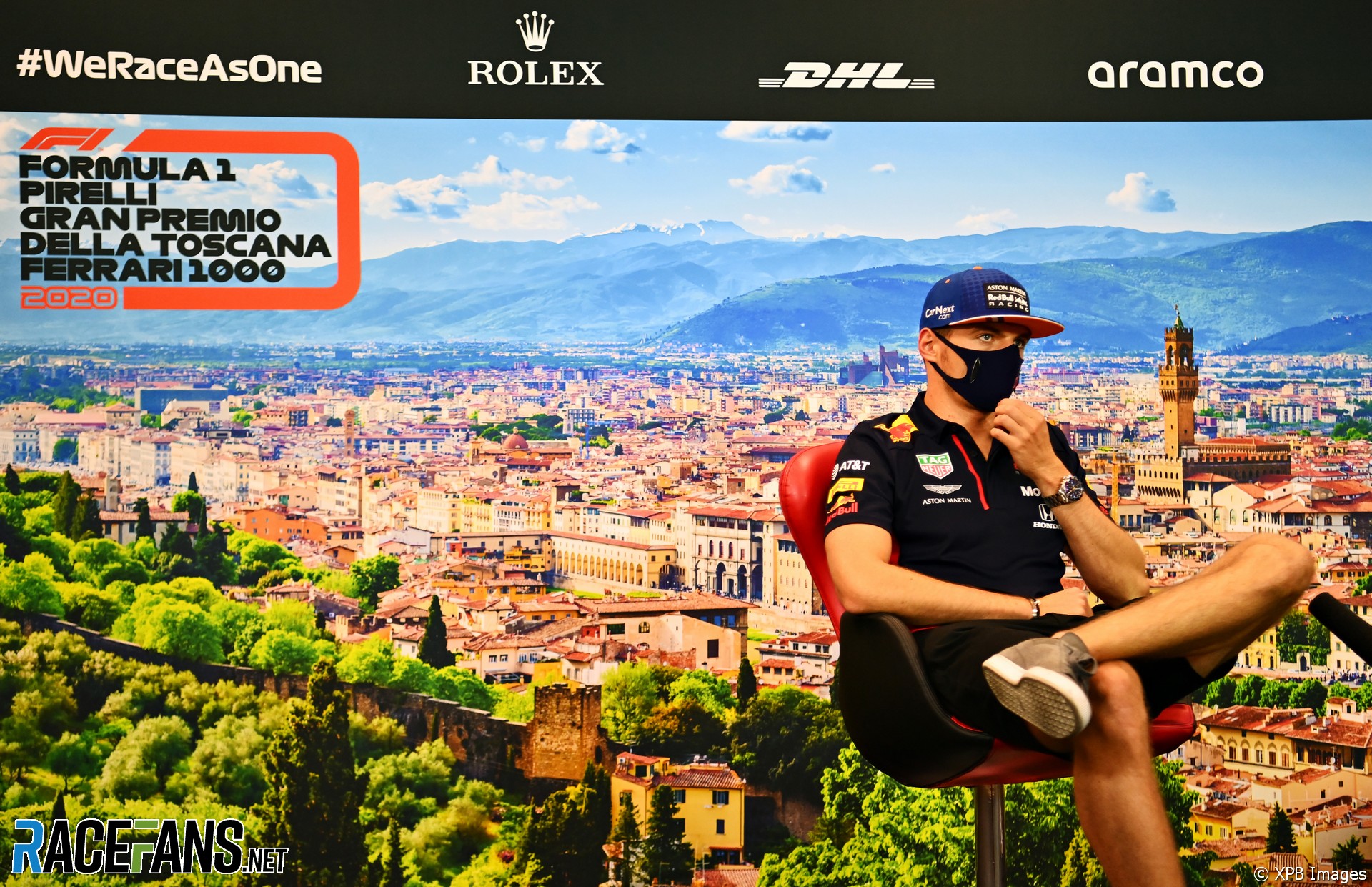 Max Verstappen revealed he used a GT car to practice most of the new tracks which have been added to the 2020 F1 calendar, including Mugello, where he will race this weekend.

“I’ve been here a few weeks ago to drive because I had never been here before,” said Verstappen in today’s press conference at the circuit. “I think that is the best way to learn a track.

“You can drive it on the simulator but I haven’t done that. So you get a bit of a read. Of course the car is a bit slower but it’s still fine.

“That was important, it just gives you a little bit of a head start. I know that other drivers have been racing here but I had a full day of driving so I don’t think it will be that bad.”

Verstappen predicted the circuit will be “very fast” in an F1 car. “I like that,” he added.

The Red Bull driver spent two days testing at Portugal’s Autodromo do Algarve in January, before it was added to this year’s schedule. Verstappen indicated he has also driven at Imola and Nurburgring, which will hold races later this year.

“I’ve driven all the other tracks except Istanbul,” he said. “It’s not necessary to do it [and] most of the tracks are fully booked or they are very busy which is quite normal.”

Lando Norris raced at the circuit in the Italian Formula 4 championship five years ago, but he doesn’t believe that experience will prove useful.

“I don’t think there’s any advantage,” he said. “It was too long ago for me now, in a completely different car.

“The track’s even changed slightly since then. I don’t even remember the track being cambered in so many of the corners. I think some of the bumps have gone from what they used to be. So I don’t think there’s any advantage for anyone, maybe within the last year or two years, possibly, but anything before, probably not.

“At the same time I think simulators are very good but it was very late notice for us to know that we’re going to Mugello. So maybe not everything was as perfect and as up to date as all the tracks that we normally go to. But you have a good enough understanding driving a Formula 1 car in a simulator of what you need to achieve, coming to a track like Mugello.”