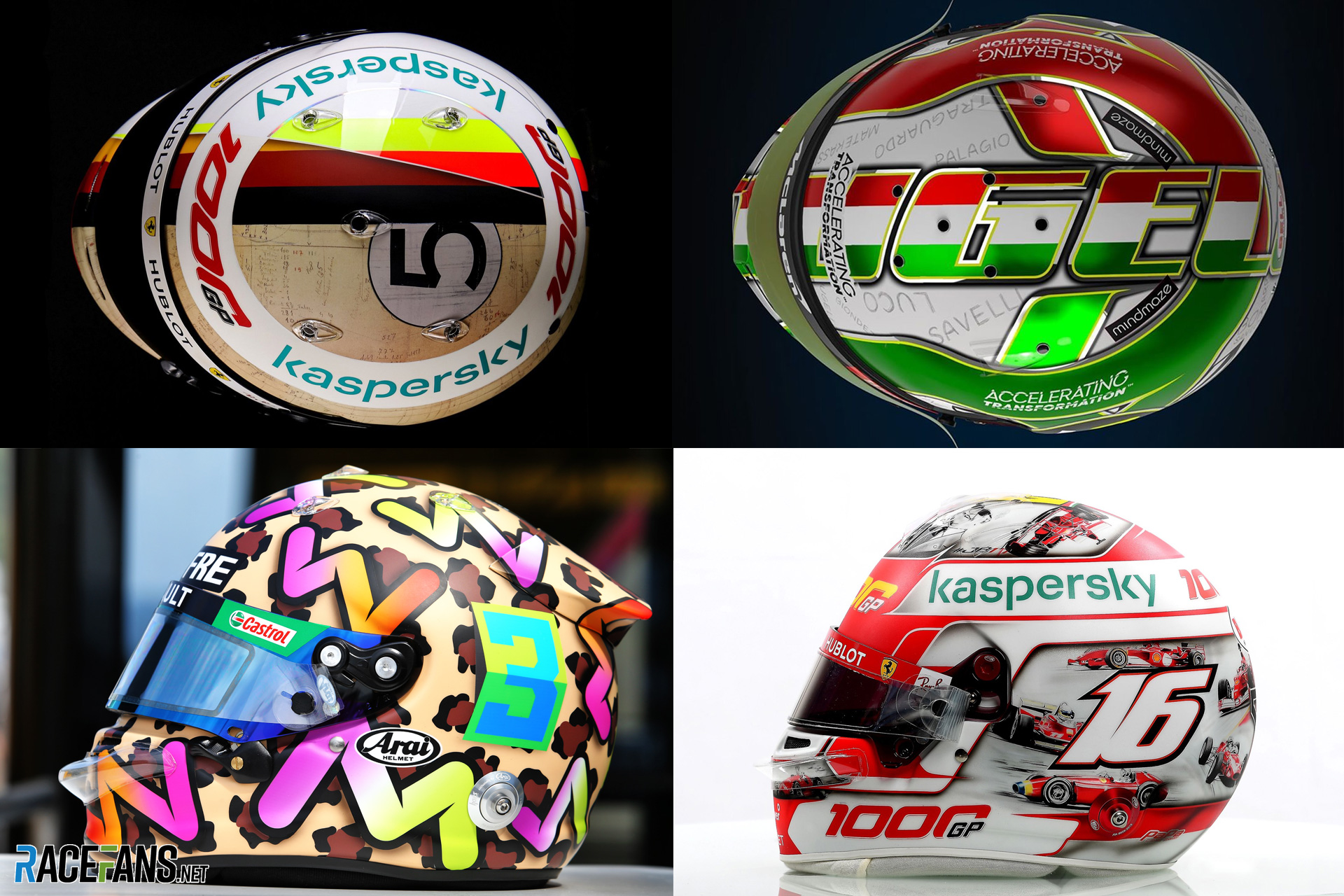 Leclerc’s helmet for Ferrari’s 1,000th race is a real treat for fans of the rich history of F1’s longest-running team. It’s adorned with pictures of the drivers who have won the drivers’ championship with the team, from Alberto Ascari (1951) to Kimi Raikkonen (2007).

There’s one picture for each championship, so Leclerc’s helmet includes no fewer than five pictures of Michael Schumacher, one for each title he won with the team between 2000 and 2004. The helmet was designed by Adrien Paviot of BS Designs.

Vettel has gone with a split modern/classic look as he marks Ferrari’s milestone race.

Ricciardo’s helmet this weekend is a tribute to seven-times Moto GP champion Valentino Rossi. “I’m a fan of Rossi, Valentino, and it’s always a race where he would come with these crazy, wild, wacky designs, it was like the home of that for him,” Ricciardo explained.

“So this is a little tip of the hat. I’ve gone basically my design this year but I’ve changed the base. But it it wild, wacky and extreme and I love it.”

Norris’s choice of helmet design proved controversial two weeks ago. Since then he’s sported a couple of special Italian helmets. This one bears the name of this weekend’s track and those of its 15 corners.