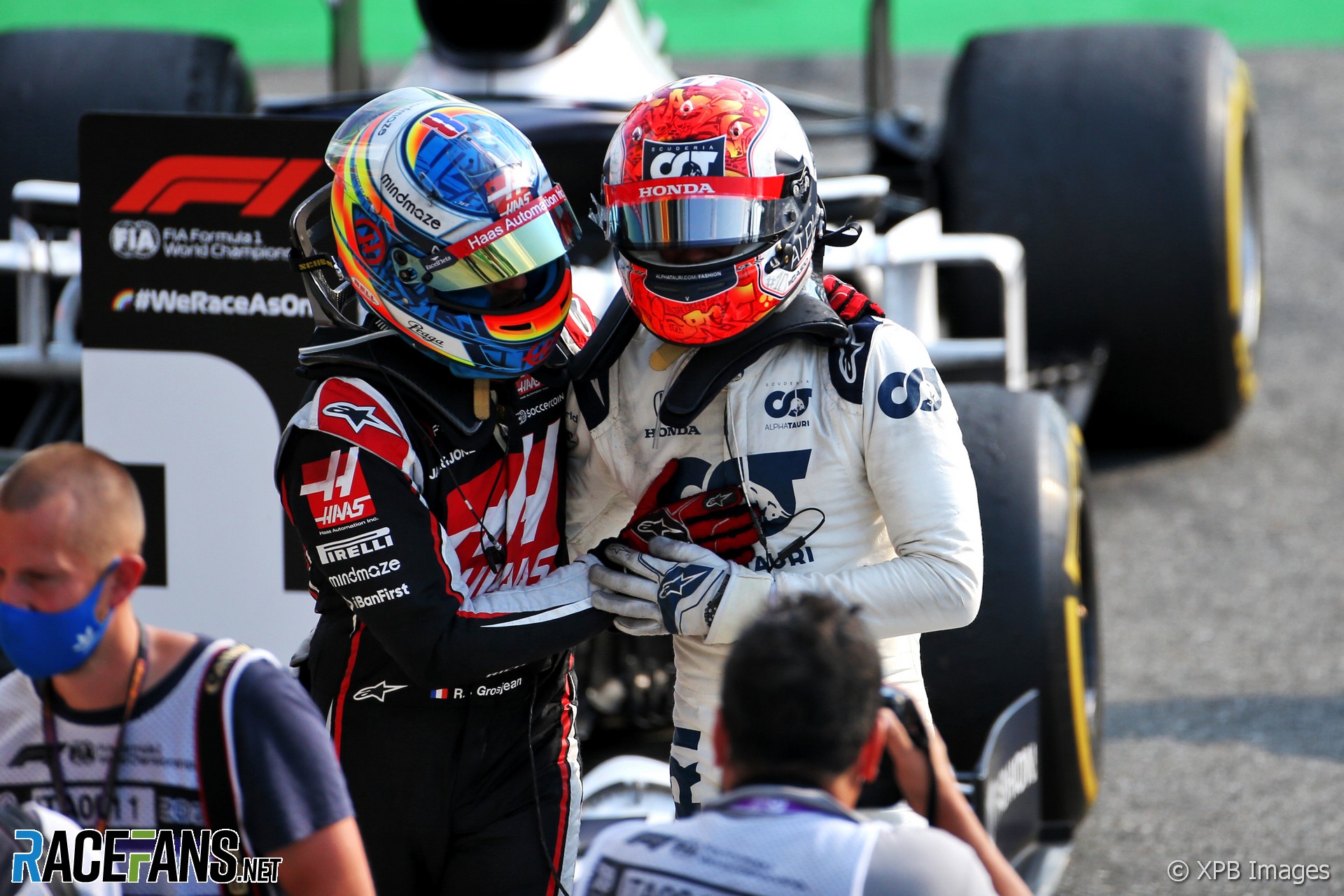 Grosjean, now driving for Haas, came close to scoring victories for Lotus on several occasions in 2012 and 2013, leading races on seven occasions.

Speaking in today’s press conference ahead of the Tuscan Grand Prix, Grosjean said he was “genuinely very happy for Pierre” following the AlphaTauri driver’s victory at Monza.

“Obviously also a bit jealous because I was close to the win three, four times and there weren’t any French wins for a long time. But genuinely very happy for Pierre, I think he deserves it and he did a mega job.”

Gasly’s breakthrough win was the first victory for a French driver since Olivier Panis won the 1996 Monaco Grand Prix for Ligier.

“Obviously, yes, it’s going to be a big thing in France and has been,” said Grosjean. “I’m hoping that the TV audience and the fans and so on they follow even more.

“But I think the big thing is to make the Formula 1 show happening [more] in general and we have more races like Monza.”