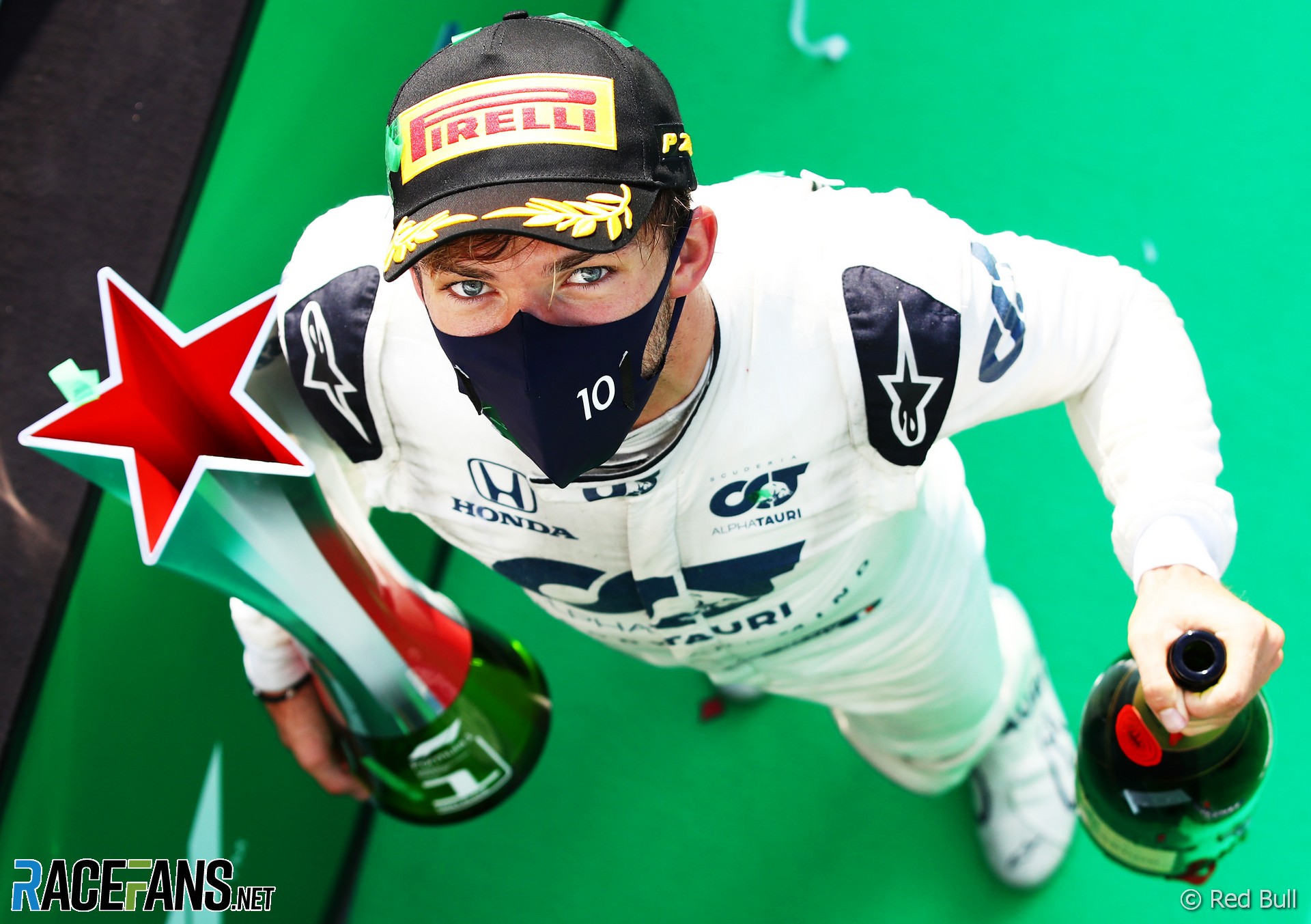 Pierre Gasly says he’s ready for a chance to drive for Red Bull again following his victory in the Italian Grand Prix.

The AlphaTauri driver moved to Red Bull at the beginning of his second season in Formula 1 last year. However he was dropped by the team after 12 races, during which time team mate Max Verstappen out-scored him by 181 points to 63.

Since returning to Toro Rosso (now AlphaTauri), Gasly has produced a series of impressive results. He finished second in Brazil last year then went one better at Monza on Sunday.

He believes he is ready to drive for a top team again if he gets the chance. “I think I’m ready, but as I said, it’s not up to me to make that call,” said Gasly.

“The only thing I’ve done since they moved me back to Toro Rosso has been just to focus on myself and just show what I can do.

“When I get the right tools in my hand I’m really happy that the performance we’ve shown – and I’m not only talking about Brazil – I think generally we’ve been pretty strong most of the time.

Gasly is only the second driver to win a race for AlphaTauri or Toro Rosso since Sebastian Vettel’s win for them at Monza in 2008.

“There have been many, many strong drivers in Toro Rosso,” Gasly continued. “I’m really happy to be one of the two that have managed to get a win for this team.

“Obviously I guess the strong results should be rewarded with something but we will see what happens. At the moment it’s not something I really want to think about. I just want to enjoy this moment, because it’s my first win in F1 and I will have time to think about this later.”

Gasly’s his breakthrough victory came as a surprise to him following his departure from Red Bull.

“I would have never expected that a year ago when I got back to Toro Rosso,” he said. “The podium was already unexpected and a big, big highlight last year.

“And then I wasn’t ready for that win. Even though you always try to imagine the best scenario, the best car, the best race, everything the best way. We know that it happened only once in the whole history of Toro Rosso in Formula 1.”