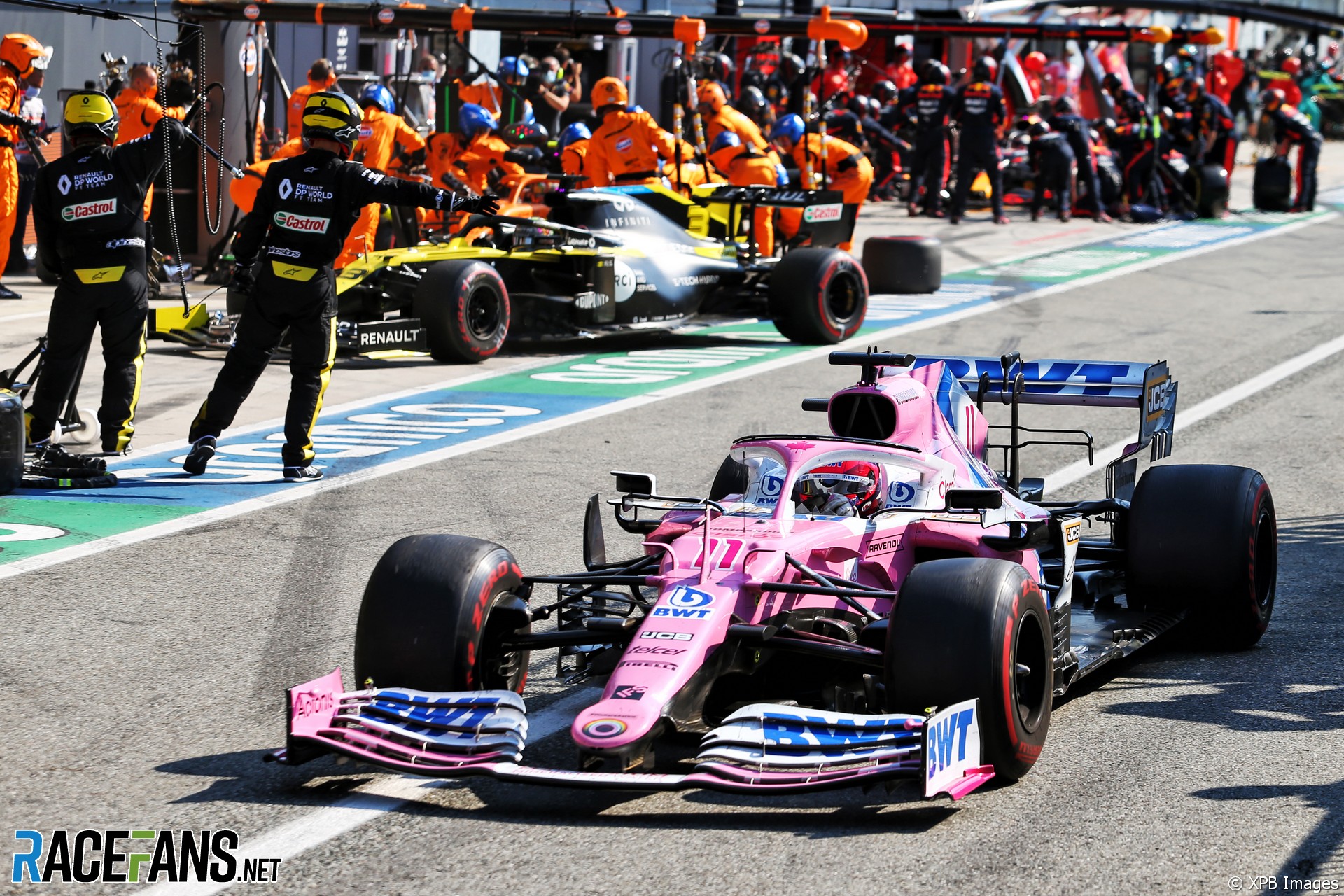 Sergio Perez was surprised Lando Norris went unpunished for slowing the field when they entered the pits behind the Safety Car.

Norris had Perez behind him when he followed team mate Carlos Sainz Jnr into the pits during a Safety Car period. As McLaren had to ‘stack’ their two drivers behind each other, Norris was at risk of losing time to his rivals.

By slowing, Norris could ensure that any drivers behind him did not benefit from him losing time behind Sainz. Perez, who ran fourth behind Norris early in the grand prix, said the McLaren driver backed off and held him up.

“Things were looking so great,” said Perez. “But as soon as the mess started we got the worst out of it.

“Norris making the gap on the pit lane made things really poor. I’m surprised he didn’t get a penalty, but fair enough.”

The stewards investigated whether Norris drove too slowly but after examining video and GPS data ruled he “maintained a reasonable time delta to the car in front and behind.” Esteban Ocon was also investigated and cleared over a similar incident.

Perez’s race began to go downhill from that point. “We had a poor stop, I lost position to other cars,” he said.

“Then at the restart Verstappen just crashed into me at turn two, pushed me off, did a lot of damage to my car. When we had the restart the car was just very damaged.

“In the end we managed to get a point. A good result for the team with a podium [for Lance Stroll] but I think we did everything we could today but just didn’t have the luck we needed.”