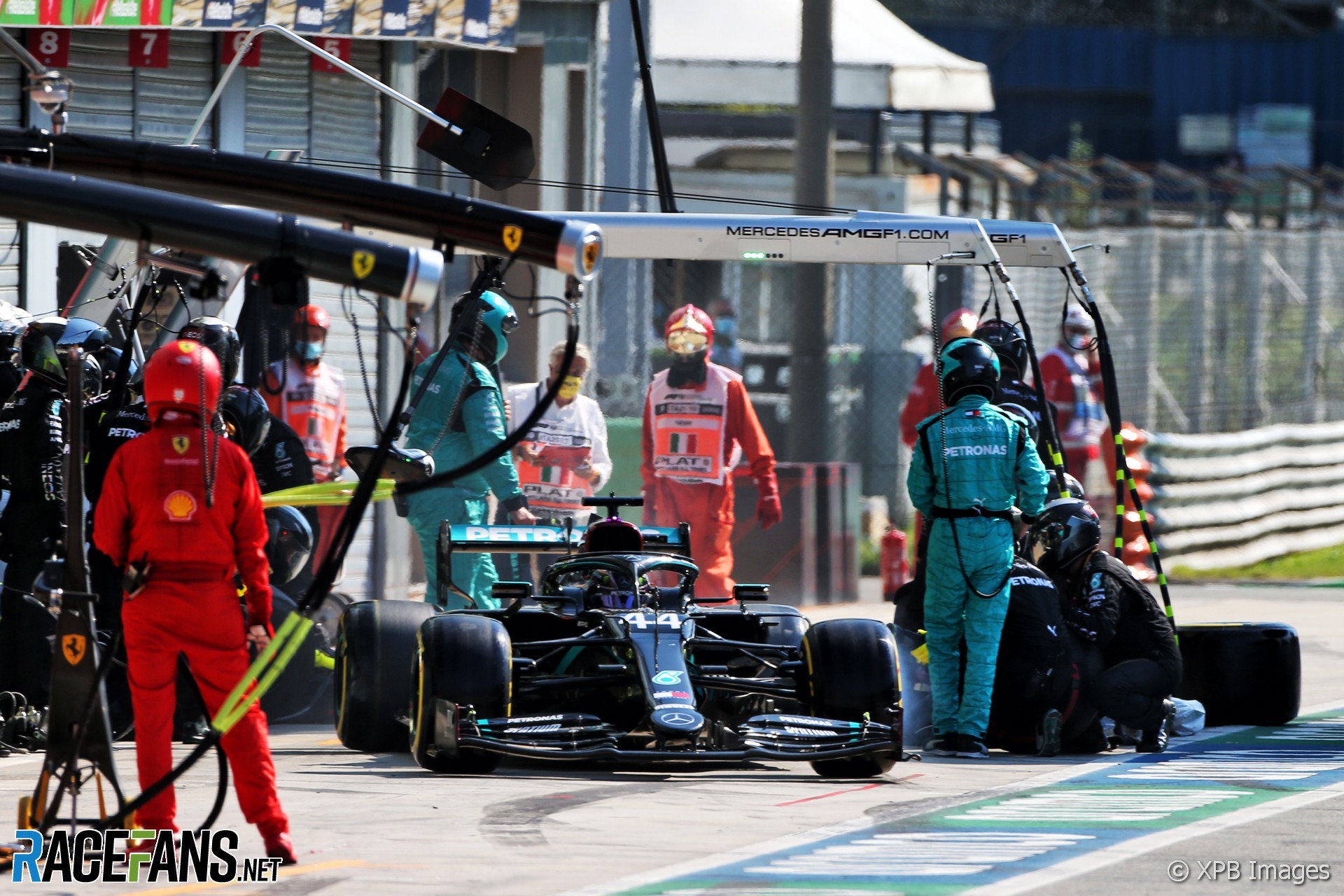 Lewis Hamilton accepted the penalty decision which went against him in the Italian Grand Prix, but said it feels “severe”.

The Mercedes driver, along with Alfa Romeo’s Antonio Giovinazzi, was given a 10-second stop-go penalty for entering the pits despite it being closed during a Safety Car period. He served the penalty on the first lap after the race restarted and rejoined in last place, almost half a minute off the lead.

“It feels severe,” Hamilton admitted after the race. “I spoke to the team and I think they said that this is the penalty that they had agreed or something like that.”

The sporting regulations states that if the pit lane entry is closed “drivers may only enter the pit lane in order for essential and entirely evident repairs to be carried out to the car” and a stop-go penalty will be issued to any drivers that enter for another reason.

Hamilton feels the penalty should be used for more serious violations. “I think ultimately a stop and go penalty often, I would imagine, would come if you’ve done something intentional,” he said. “If you’ve driving dramatically and you put someone in danger, maybe.

“Ultimately it almost put you out of the race, 30 seconds behind the last car. So it’s not the greatest thing for racing.”

However he accepted that the penalty needed to cancel out the potential advantage gained from him making a ‘free’ pit stop.

“There is the other side of things where we could have had a free stop, which no one else got to do. So I do understand it. I don’t know if they can refine it and make it better for the future.

“Because you have to take it after the race starts, within two laps, you can’t get a gap from anybody and you’re always going to be coming out 30 seconds or whatever behind. So I reckon they could do maybe a better job but I’d have to look back at it. But I accept it.”

Hamilton’s team radio before the restart

Hamilton debated the timing of his stop-go penalty with race engineer Peter Bonnington and strategist James Vowles prior to the restart: