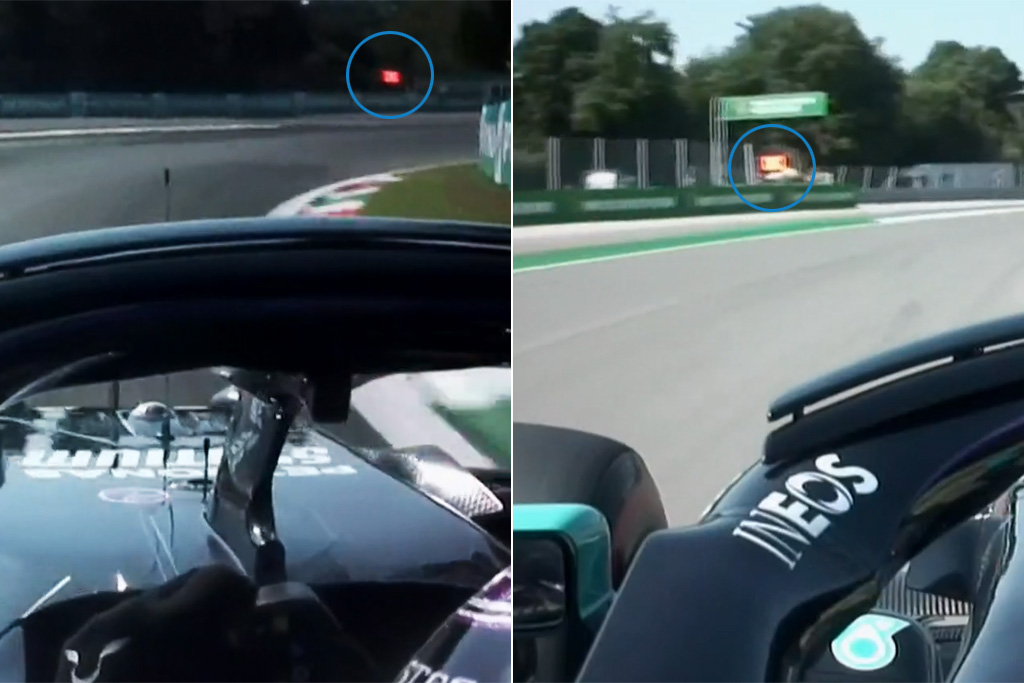 Mercedes almost warned Lewis Hamilton not to come into the pits in time to avoid the 10-second stop-go penalty which ruined his Italian Grand Prix.

But the message not to enter the pits came moments too late: Hamilton had already come in.

The 10-second stop-and-go penalty he received – along with Antonio Giovinazzi, who committed the same error – is the toughest sanction short of outright disqualification which the rules permit.

Here’s why the stewards closed the pit lane and how Hamilton and Mercedes missed the vital detail which cost them victory.

On lap 19, approaching the Parabolica, Kevin Magnussen’s car shut down unexpectedly. “Something broke,” he said. As he came out of the corner the team told him to stop the car. He pulled over by the first gap in the barrier on his right-hand side, before the pit lane entrance.

However the marshals did not have room to bring Magnussen’s car behind the barrier to a position of safety. “It’s actually not a gap in the fence,” explained FIA F1 race director Michael Masi.

“As the drivers and teams are all made aware, some of the openings are vehicle openings, some of them are just marshals posts. The ones that have the shorter orange band are actually only a marshal post and the car would not fit at that area. So the only safe place to remove that was to push it down into pit lane because there was no other opening available.”

That meant the pit lane entrance had to be closed. It took around a lap for race control to make this decision. Hamilton passed Magnussen while the Haas was pulling to a stop, and was approaching the Parabolica again when the Safety Car was deployed.

How teams and drivers were told the pit lane was closed 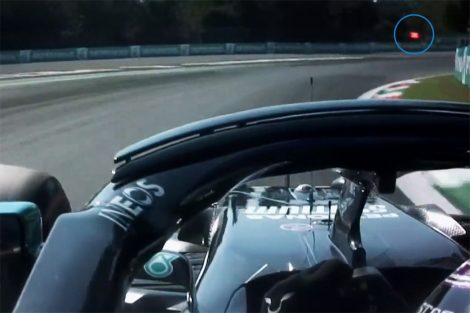 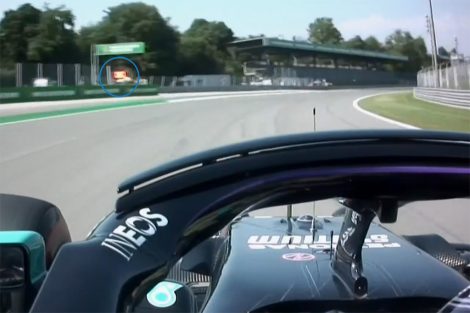 The teams and drivers were given multiple signs the pit lane was closed as soon as the Safety Car was deployed.

“There’s two parts to it,” explained Masi. “One is for the driver. The light panels actually have a big red ‘X’ on it.

“Depending on the circuit there are either two panels or one panel. The light panels are normally displayed, the Safety Car and all the other flag signals, have a big red cross on it.

“At this circuit we have two panels that display that cross to signify that pit lane is closed.” These panels with the illuminated red cross can be seen from Hamilton’s onboard camera (above). Masi pointed out that “the map indicating those is distributed to all the teams in my event notes”.

The teams were given other notifications that they could not come into the pits, Masi added. “The software that the teams use has the pit lane shown as red with ‘pit lane closed’.

Mercedes team principal Toto Wolff pointed out there was “no pit lane light” at the entrance to the pit lane. “And obviously from the from the pit wall you can’t see these yellow [red] crosses.

“If the driver doesn’t spot them, which I believe is absolutely the truth, the only way you can see that the pit lane was closed was on page four of the FIA communication system. And nobody looks at that page when a Safety Car is deployed – the driver is just about to come into the pits, everything is concentrated around the pit stop.

“So it’s unlucky, I would say. And a very unusual decision to just close the pit lane.”

How Hamilton failed to see the signal

Hamilton was approaching the Parabolica again when the Safety Car was deployed. He was immediately told to pit and the team began discussing which tyre they would fit.

Both the team and driver overlooked the signals indicating the pit lane entrance was closed. Hamilton’s race engineer Pete Bonnington did tell him not to pit before Hamilton reached his pit box, but this message was too late, as he had entered the pit lane four seconds earlier.

When the race was red-flagged, Hamilton asked Mercedes to show him a video replay of him entering the pits. They didn’t have one, so he went to see the stewards.

“They quickly showed me the onboard and there was two signs that had an ‘X’ on it,” said Hamilton. “But I actually didn’t see them because I was looking elsewhere.”

“You rely a lot on the team to tell you things,” he explained. “When you’re approaching a corner it’s generally relatively easy to see but when you’re cornering you’re looking, if you’re going through a right, you’re not looking left, you’re looking over to the right and you’re gauging the gap between you and the white line. So your view is kind of centre to the right, you’re not necessarily looking to the left.

“Also, when there’s a car that’s pulled over on the right-hand side, you’re conscious of the people, the marshals, generally that’s the area you look to. You don’t look to the left.

“But generally I don’t remember actually any time coming here that that was the indication for the pit lane closing. I’ve never actually known that would be the left. So that was a new experience.”

Masi – who Hamilton didn’t speak to during the hiatus – said he thought Hamilton “came across fairly content” after watching the footage. “Well, as content as you can be,” he added.

102 comments on “Analysis: Mercedes warned Hamilton not to come into the pits four seconds too late”