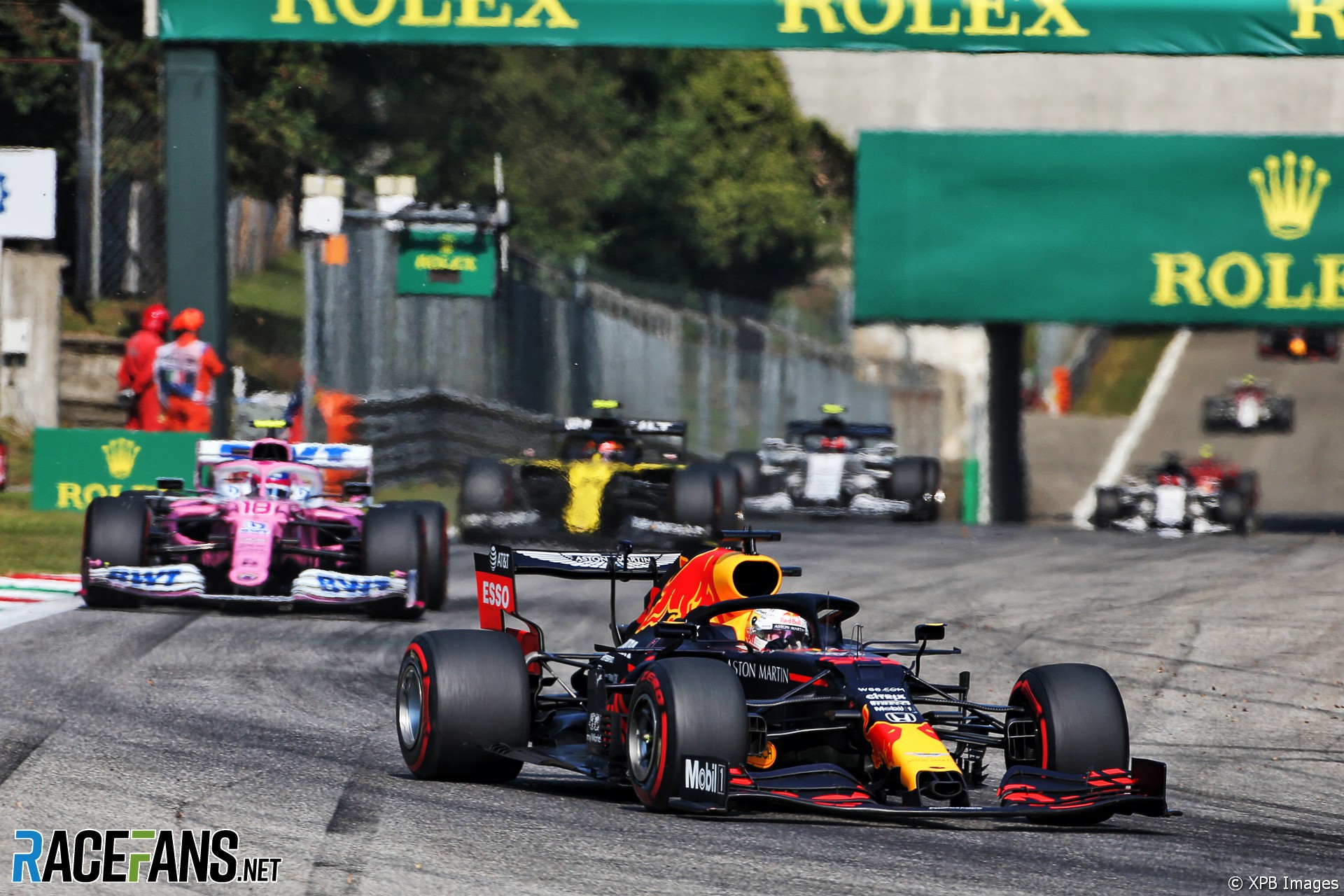 Max Verstappen said he had a frustrating race prior to his retirement due to an engine problem on his Red Bull.

Having started fifth, Verstappen had fallen to 11th by the mid-race restart. He then lost further places due to an engine problem, which forced him out soon afterwards.

“It was a pretty ‘beep-it-away’ day,” said Verstappen. “First we had a very bad start. When I dropped the clutch there was a lot of wheelspin because the engine was hot, somehow. Then from there onwards we got stuck in the DRS train so you can’t pass.

“After the red flag in the start already when I accelerated I had a problem with the engine. So we tried to solve it but it didn’t go away and we had to retire the car.”

However Verstappen said he was pleased to see a breakthrough win for his former team mate Pierre Gasly and former team AlphaTauri, who Verstappen drove for when they were called Toro Rosso.

“I’m of course very happy for Pierre,” he said. “The whole weekend they were very, very fast.

“To win the race here is, I think, very emotional and a great result for them. It’s a great group of people and I hope they’re going to enjoy this one tonight because they deserve it.