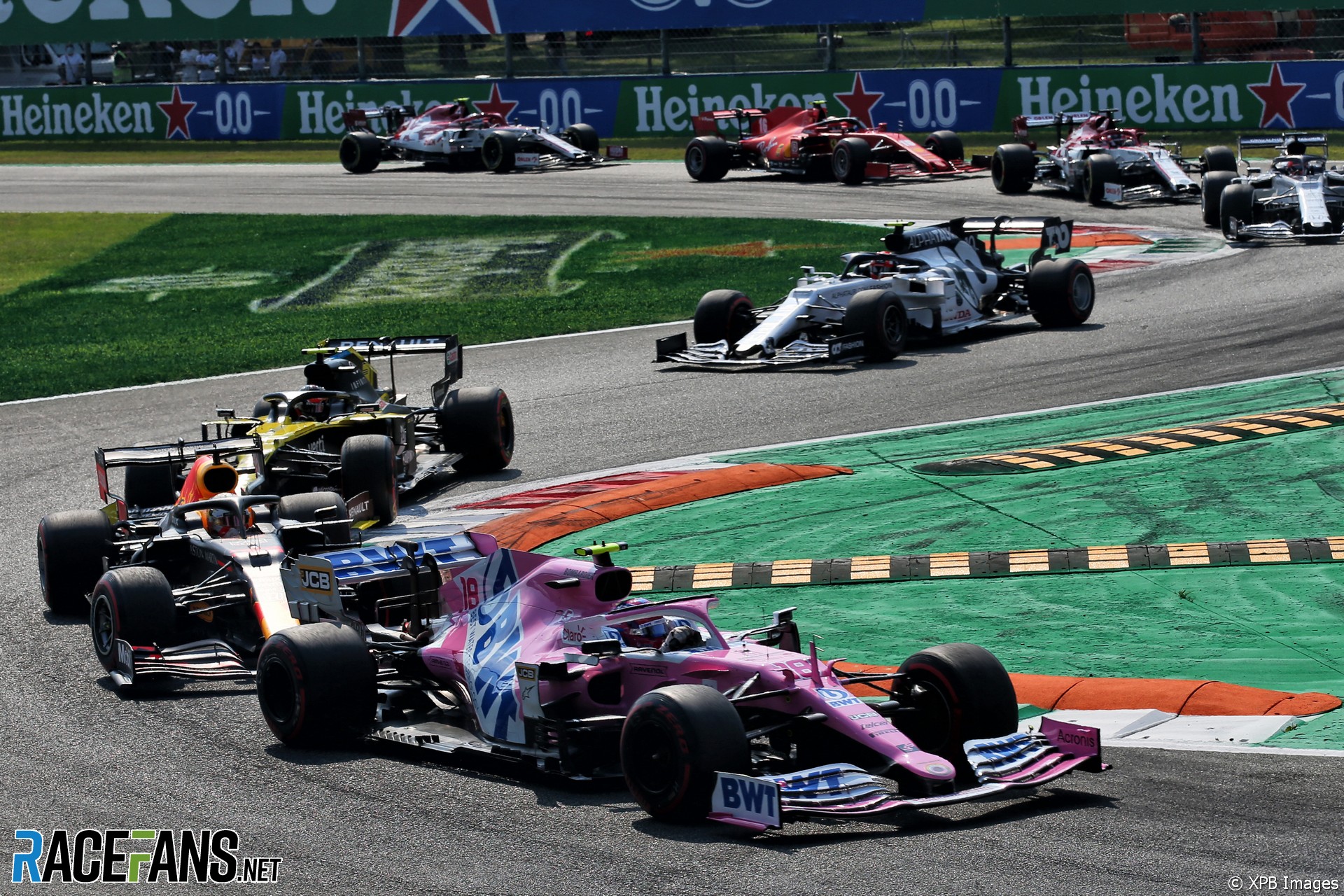 Lance Stroll says a chance at taking his first career grand prix victory in the Italian Grand Prix “slipped away” from him after he lost second place to Pierre Gasly at the restart.

The Racing Point driver lined up second on the grid for the race’s standing restart following the red flag stoppage. But with leader Lewis Hamilton set to serve a 10-second stop-and-go penalty, Stroll was poised to take the lead.

However the Racing Point driver immediately lost his position to eventual race winner Pierre Gasly on the run to the Rettifilo chicane. Stroll admitted that cost him an opportunity to win.

“It’s a bit of a bummer,” says Stroll. “I think it was kind of mine to lose there, restarting from second. I just had no grip at the start and had a tonne of wheelspin and everyone flew by me.

“I’m happy to pick up third. I think the win slipped away from us today, but third is great.”

In a dramatic race that saw Pierre Gasly take a stunning first victory for AlphaTauri, Stroll was passed for second by Carlos Sainz’s McLaren, but was able to hold on to take the second podium of his career.

“It’s been a couple of years since I’ve been on the podium. It feels good to be back,” says Stroll. “I had a good scrap with Carlos there in the first couple of laps. I overtook him around the outside and then he got me again down to Turn One.

“It was such a crazy race. I’m so happy for Pierre. I think he really deserved it. He had a great restart and he just stayed consistent all the way throughout the race.