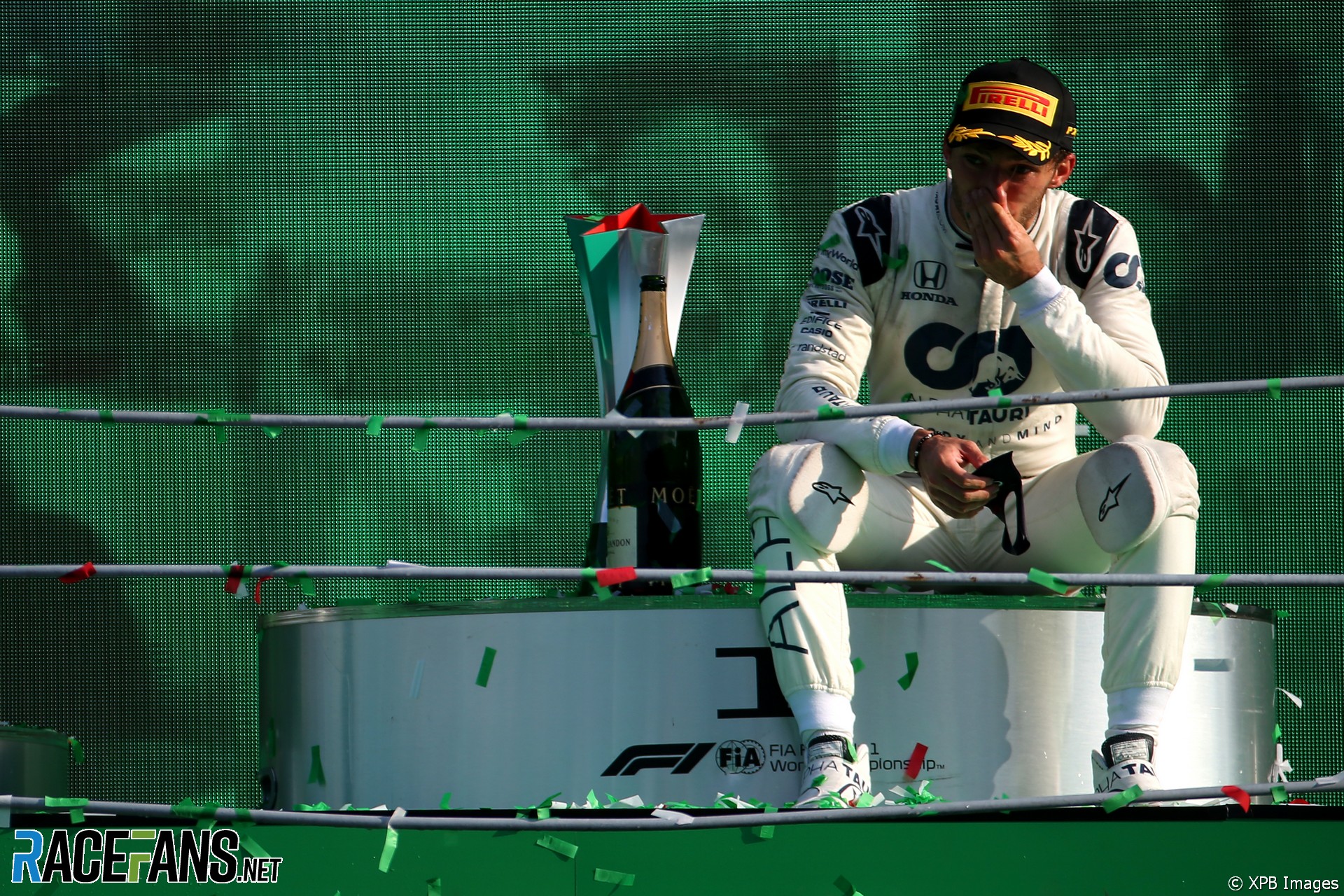 Lewis Hamilton says Pierre Gasly deserved his victory in the Italian Grand Prix after Red Bull dropped him from their team in the middle of last season.

Gasly was dropped by Red Bull after just 12 races last year. Since his return to Toro Rosso – now AlphaTauri – he has enjoyed better results, and he took a surprise win following Hamilton’s penalty in today’s race.

“Pierre is just a really nice guy,” he said. “I think he has a lot of talent and I don’t think he was necessarily treated fairly at Red Bull in the end when he got demoted.

“It’s not easy for a driver when that happens and so I empathise with that. I think to then build the confidence up, in a necessarily not-as-quick team, and then come around with some really great performances he’s had this year already with that car and then to get himself a win, it’s not easy to do that.

“I’m really impressed, I think he’s done a fantastic job and deserves the success and hopefully that creates an opportunity for him moving forwards. But also he beat the team that demoted him so it’s definitely got to hurt them.”

Gasly said his first win could not have come in better circumstances, just over 12 months since his departure from Red Bull. “I am lost for words right now because I still am still struggling to realise what’s happened for us,” he said.

“We worked so hard, day by day, race after race, after everything that happened to me in the last 18 months. I could not have hoped for a better way to to get my first win.”