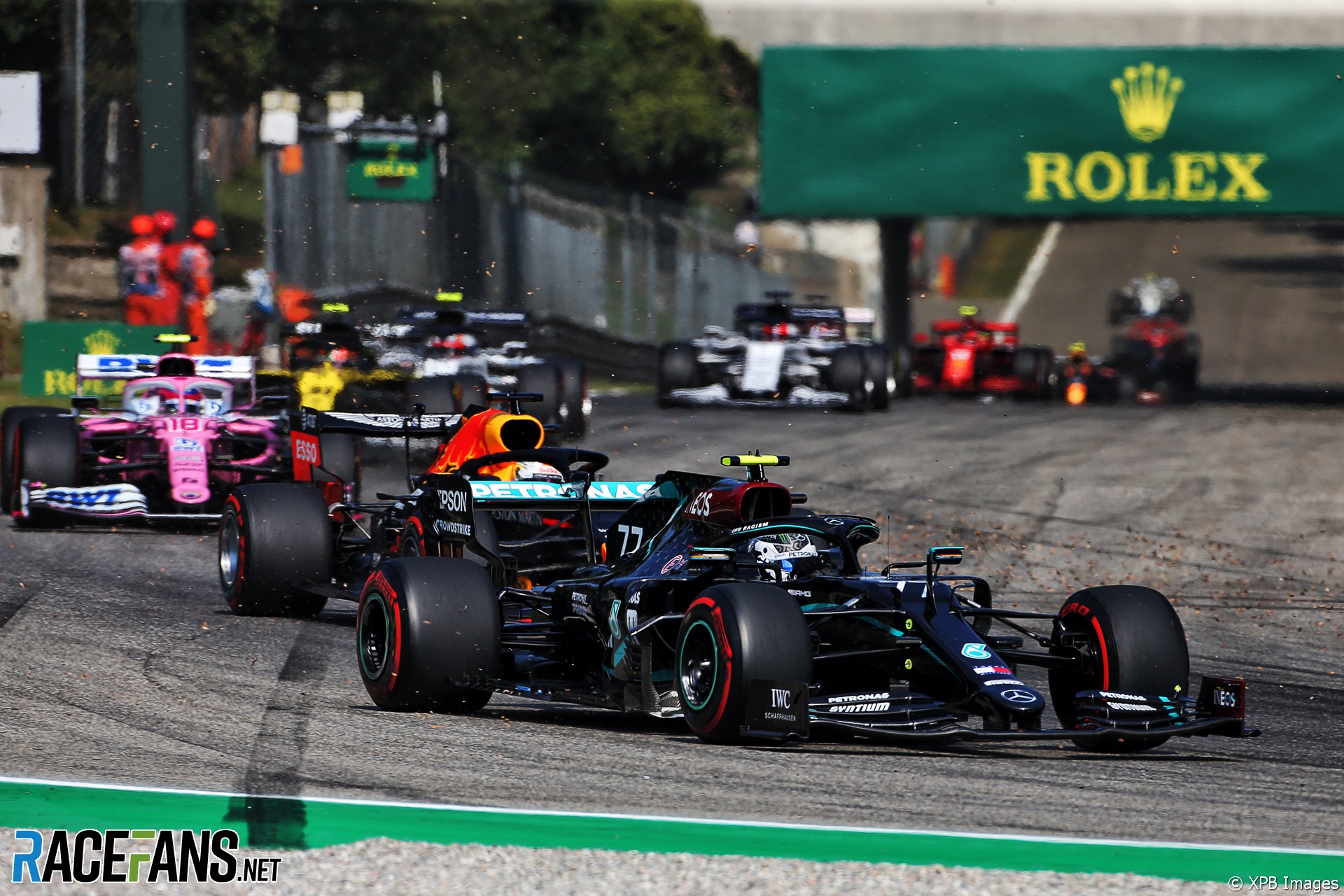 Valtteri Bottas said his poor start in the Italian Grand Prix was simply due to him not reacting quickly enough to the lights changing.

The Mercedes driver has made poor starts on previous occasions this year, including at Hungary where he said he was distracted by a change on his dash display. However he said today’s slow start was due to “the actual reaction to the lights.”

“We’ve been playing around with the way we do start practising and the protocol we do,” he explained. “We changed that a bit and I feel like this been some disturbance sometimes to the actual starts and just not fully being representative to the actual starts. I can’t go much more into detail.

“But it was from my side. So again, I nearly went before the lights, but luckily not as much as [Hungary]. “Then for the actual start I was a bit late. So there’s things to still work on with that.

“The launch itself, after you drop the clutch, that part is fine and we’ve made good progress. But just getting the consistency to the reaction to the start lights, there’s work to do.”

Bottas said initial inspection of his car following the race did not explain the sensation he experienced on the first lap, when he though he picked up a puncture.

“We just had a debrief and there’s nothing obvious from the car we can see for now. That will be later. But just from my side I had two contacts, one in turn two and then a slightly bigger one in turn five. Still not like massive contact.

“Into turn six I was on the outside, had quite a bit of understeer, and then turn seven pretty big understeer that felt like a puncture. And then out of turn seven the car was pulling a bit to the right and to the left like it didn’t feel right.

“So I was convinced I had a puncture on the run into turn eight. I just wanted to make sure I was going straight from turn eights so I lifted early. But then actually it’s kind of recovered and it was fine.

“So I’m not sure if I picked up something on the tyre or if something was wrong with the car from the contact. I haven’t heard yet anything with the corner weights but it felt really, really odd. So it was very, very messy the first lap.”