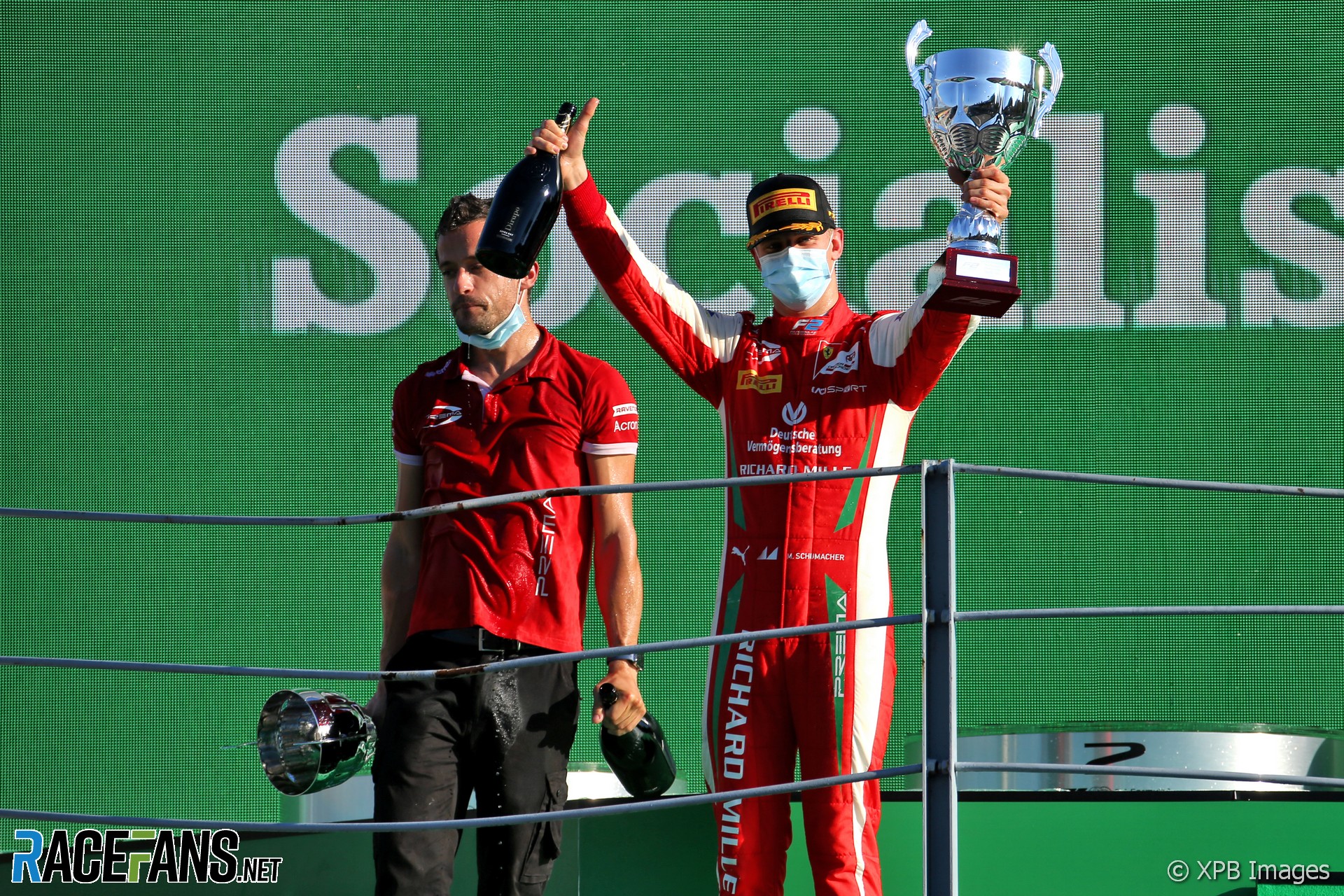 Mick Schumacher scored his first Formula 2 win of the season, and his first in a feature race, after a superb start from seventh on the grid at Monza.

Schumacher, who crashed at Ascari in qualifying yesterday, made a rapid getaway the fourth row of the grid and was swiftly up to second place behind pole winner and fellow Ferrari Driver Academy emmber Callum Ilott. With their title rival Robert Shwartzman 16th on the grid after a messy Friday, both were looking to capitalise.

Red Bull’s Yuki Tsunoda, who won the feature race at Spa, also looked like a threat from second on the grid. But a terrible start left him fifth after the first few corners.

Luca Ghiotto, who started from the second row with Christian Lundgaard, also dropped down the order as Ilott drew clear in the lead. Ilott made the soft tyres last 12 laps before coming in to pit.

However Ilott stalled as he made to rejoin the track and had to be restarted, losing a huge amount of time. He returned to the track in 21st place behind every other driver on the same strategy.

Ghiotto waited until lap 15 to pit, emerging in an effective third place behind Schumacher and Lundgaard, a tactical move which helped rescue his race following that poor first lap. After that, however, Schumacher’s lead was essentially uncontested – having pitted, he was able to draw out a gap in front and to take control of the race.

Lundgaard and Ghiotto battled for the two remaining podium positions, which allowed Schumacher to further extend his lead. Ghiotto ultimately passed Lundgaard for second as tyre degradation started to kick in, and Ghiotto’s later pit stop gave him an advantage.

Ilott was able to recover to fifth, meaning he draws even with Shwartzman in the standings with both on 134 points. Schumacher’s win, at the track where his father took five victories for Ferrari, pushes him up to third, just three points behind. In an closely-fought championship, Schumacher is the 10th different winner from the 15 races so far.

Deletraz came eighth, taking reverse-grid pole for tomorrow’s sprint race with Dan Ticktum beside him on the front row.