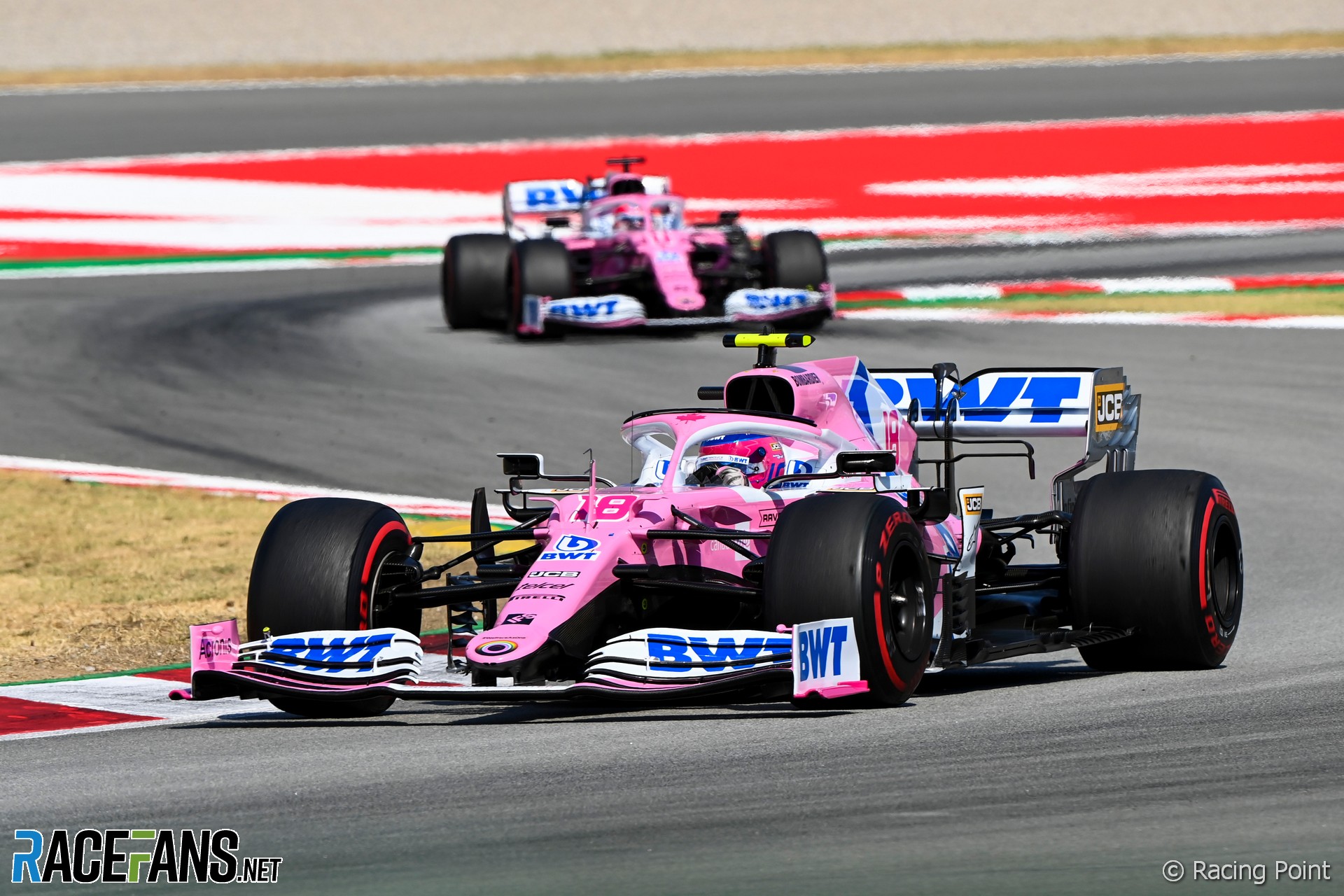 Following a protest by Renault, three weeks ago the FIA stewards rendered a verdict on Racing Point and its ‘pink Mercedes’ which was unprecedented and contentious.

Unprecedented, because no F1 team had ever previously been penalised a set number of constructors’ championship points, rather than having all their points for a given race or races confiscated.

Contentious, because the verdict prompted appeals. Not just from Racing Point, who seek to overturn the decision against them, and not just from Renault, who believe a harsher penalty is deserved, but also from Ferrari, who believe the case could set a vital precedent for the future of Formula 1.

Racing Point were found to have broken rules which define which parts of a car teams must design by themselves. In a complicated verdict, the team were penalised 15 points and fined 400,000 Euros, but they were also permitted to continue using their rear brake ducts, despite the stewards ruling the means by which they had designed them broke the rules.

The case now looks likely to end up at the International Court of Appeal where the original decision will be reconsidered. Was it too harsh, too lenient – or correct?

While the design of Racing Point’s entire car has come under scrutiny, it has only been found to infringe the rules in one respect. Crucially, no part of the car has been found to violate the technical regulations, which ordinarily would mean a straight disqualification.

Instead, the team was found to have infringed on the rules concerning how it may design its car. And only in respect of a single part, the rear brake ducts.

Permitting the team to continue using the brake ducts is reasonable as they cannot be expected to ‘forget’ the parts they have already created and produce different ones. Racing Point note that while they received some brake ducts early in 2020 from Mercedes, a violation of the rules, they were previously allowed to obtain the same parts. A milder sanction could therefore be justified.

Through the information Racing Point obtained from Mercedes, in violation of the rules, the team gained an advantage which is greater than the penalty which has been handed down.

Producing the ducts costs considerably more than the amount they have been fined. They are sophisticated aerodynamic devices which are significant performance contributors to the overall car. Over the initial three-race period Renault protested Racing Point, the team scored 34 points. They have already overcome the 15-point deduction in the races since to rise to third in the constructors’ championship.

Whether the parts themselves or the procedure by which they were created is illegal, the stewards have failed to address the advantage Racing Point have gained and a harsher penalty is deserved.

Trying to second-guess what the appeal court may decide is a somewhat futile exercise as new relevant details may come to light in the time between now and the case being heard.

At the time it was announced I felt the penalty issued seemed light for what Racing Point had been found guilty of. It was striking that soon afterwards the FIA made it clear they would seek to prevent teams ‘cloning’ rivals’ cars in the future, which felt like a potential sop to the teams who might be underwhelmed by the scale of Racing Point’s penalty.

Unless Racing Point are successful in challenging the reasons for which they were penalised – and their furious response to the verdict indicates they intend to argue this point vehemently – then given the obvious performance the RP20 has shown in the six races so far, I wouldn’t be surprised if the appeal court decides a stronger penalty is deserved. And, in particular, that something more than a reprimand is needed if the team continues to use the disputed ducts.

What did you think of the original verdict in Renault’s protest against Racing Point? Cast your vote below and have your say in the comments.

The stewards' verdict on Racing Point was:

88 comments on “Was the verdict against Racing Point correct?”