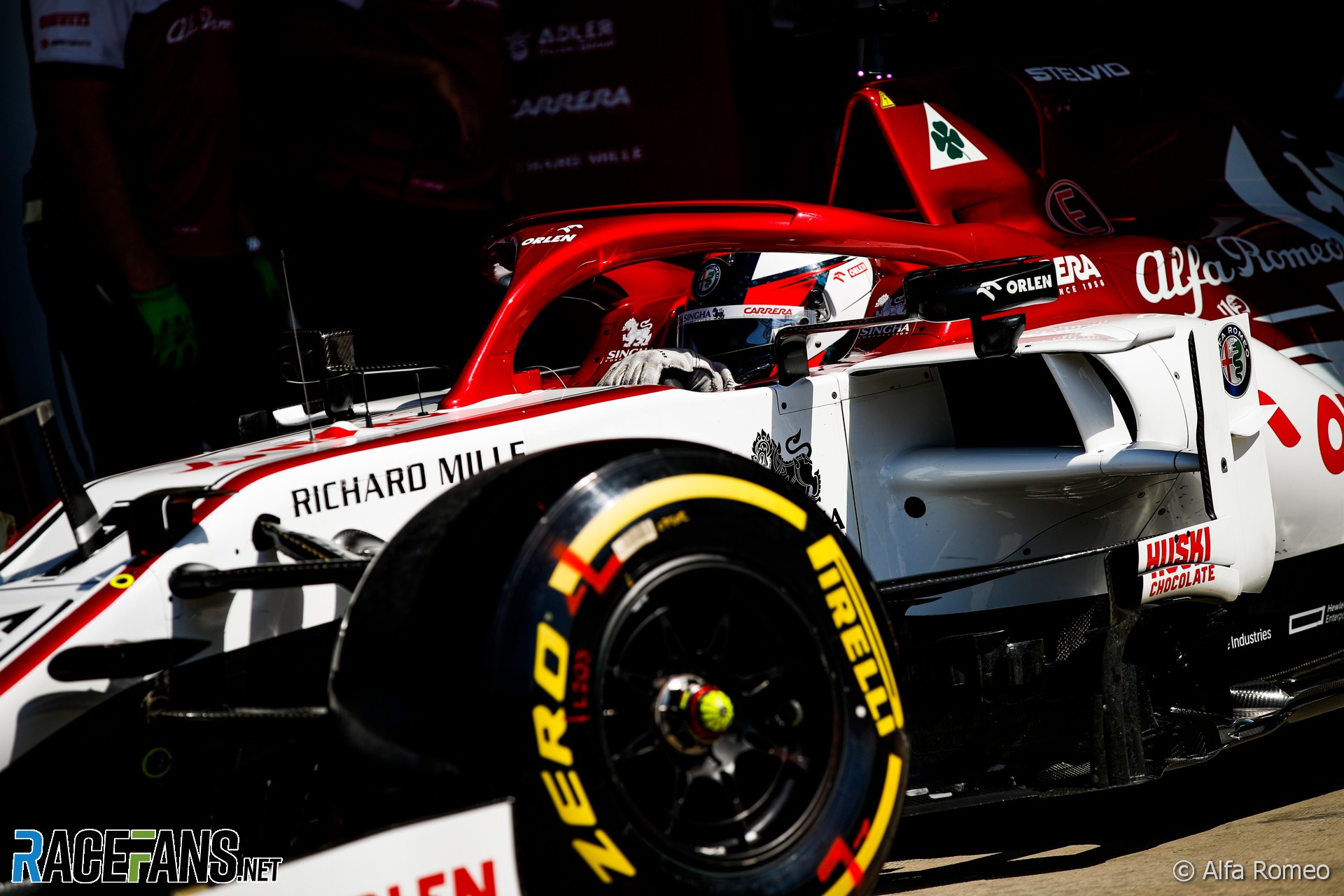 In the round-up: Kimi Raikkonen says it’s more than just the Ferrari power unit which is holding Alfa Romeo back at the moment.

Raikkonen said the balance of his car doesn’t feel bad, but it lacks the expected performance:

Obviously we are too slow. Where did we go wrong? I guess when we designed the car.

We hoped that we were, like where we started last year, we were obviously a lot better off if you’re comparing to all the other teams. This year we are definitely not where we were hoping to be over where we expected to be. So there’s been something gone wrong.

We need to improve the downforce to have efficient downforce. The engine’s the hardest one but it is what it is. Even if we would have the best car, best chassis we should be up there but obviously we’re not so we need to improve on that side. Obviously the difficult part is always that it’s not an easy fix. It’s not the quickest fix. It takes time. But hopefully, step by step, we can start turning it around and getting where we want to be.

We need more aero, efficient aero and go faster around every corner. The balance can be quite good, but the lap time is not there. So it’s quite easy to, in that way, to say what we need. But the most difficult part of the whole F1 is probably the aerodyamics. So it’s not an easy fix.

Sad that @williamsracing is sold & no longer under Williams ownership but happy to know that the Williams name will remain in Pitlane, my F1 career started with Williams as their test driver in 89 very grateful to Frank Williams & Patrick Head for the opportunity they gave me! pic.twitter.com/wZxovMz3Sx

"I haven't driven a Formula 1 car in a long time. It would be strange in the beginning, but I’m still quite active with all the work I'm doing at Mercedes in the simulator and travelling to the races as well. So I'm pretty confident that I would at least know what to expect, let’s say."

"Without a full-time Penske sports car program, Castroneves wants to return to a full-time IndyCar ride. That could mean moving to a different team in 2021."

"I think the idea of not having the Indy 500 would have been disastrous to probably every team. It would have been a death knell to some teams, so, yes, this race had to happen."

"By adding the aeroscreen, it just added a bunch of surface area and that's just more area for the wind to grab. We're hoping for a calm day from the wind perspective."

Yesterday’s debate looked at whether the FIA is right to outlaw the ‘quali modes’ some teams use on their engines:

I voted slightly agree (or just ‘agree’ without being ‘strongly’).

I think the move is entirely ‘cynical’ in the sense that it’s designed to curb the power of Mercedes engines and boost the image of a certain horse-flavoured team. However, I’m not opposed to curbing some of Mercedes power, however unfair it is, partly as they can take the hit, partly as some levelling is good, and partly because I think it may even backfire on the other teams. If so, a classic case of careful what you wish for.

At the same time, I think the idea of removing engine modes is good. Anything that transfers control away from the teams’ computer number crunchers and to the drivers is excellent. Let the drivers thrash the car or take care of the engine, it’s down to them. It’s in no thrill to hear team radio talk of what engine mode to set. Having the drivers push the car to the maximum all race – the maximum they and the car can endure – definitely is. So favour that. I don’t mind the extra ERS kick each lap as a boost since that then becomes a driver skill if they all have it: when to deploy tactically during the lap if being chased or chasing. But switching on an engine mode to overtake or consolidate a lead takes away driver skill as a factor.
@David-BR

Happy birthday to Innim and Tomas!