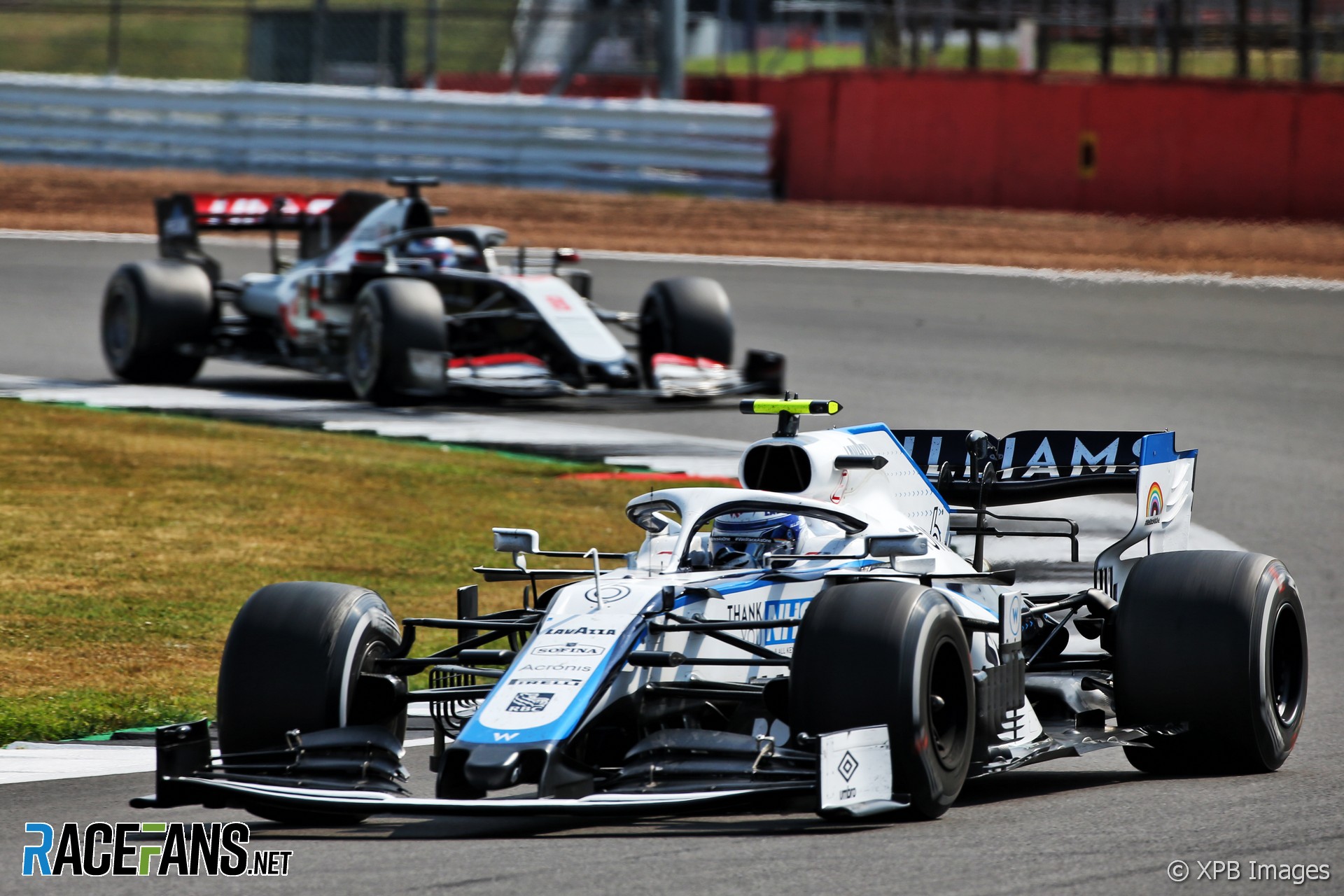 Nicholas Latifi raved about the handling of his Williams following the 70th Anniversary Grand Prix, despite tyre problems which forced him to make a late pit stop.

“It was definitely a race where you had to just be constantly adapting with the strategy,” said Latifi. “Obviously the tyres were a bit unpredictable.

“But to be honest, the car was feeling amazing. The best it’s felt out of any of the first four races, even better than last weekend. It was the most confidence I’ve had driving, feeling really good to push.”

He was running 16th when worsening tyre vibrations forced him to pit with five laps to go. That dropped him behind team mate George Russell.

“We came into some tyres issues on the rear left at the end and were forced to do a third pit stop,” Latifi explained. “I’m pretty sure it was just on the limit to go.

“I think earlier in the race, if we had been able to get by some cars or just had a bit of different track positioning, I really think we could have achieved much better result. So that’s something to learn from, for sure.”

The extra pit stop cost the rookie his first chance to finish a race ahead of Russell. His race included a clash with Kevin Magnussen, who made contact with the Williams after going off the track at Stowe in an incident which earned the Haas driver a penalty.

“I guess he had to come back at some point,” said Latifi. “He only defended the position because he went so deep into the corner and as a result went off. Obviously, if it was grass there or a wall there, I would have maintained the position.”

“That’s racing, it’s how it goes. I got him back, but nothing to complain about, really. Had we crashed, obviously, he would have been in big trouble, but I’m smart enough to see that coming.”