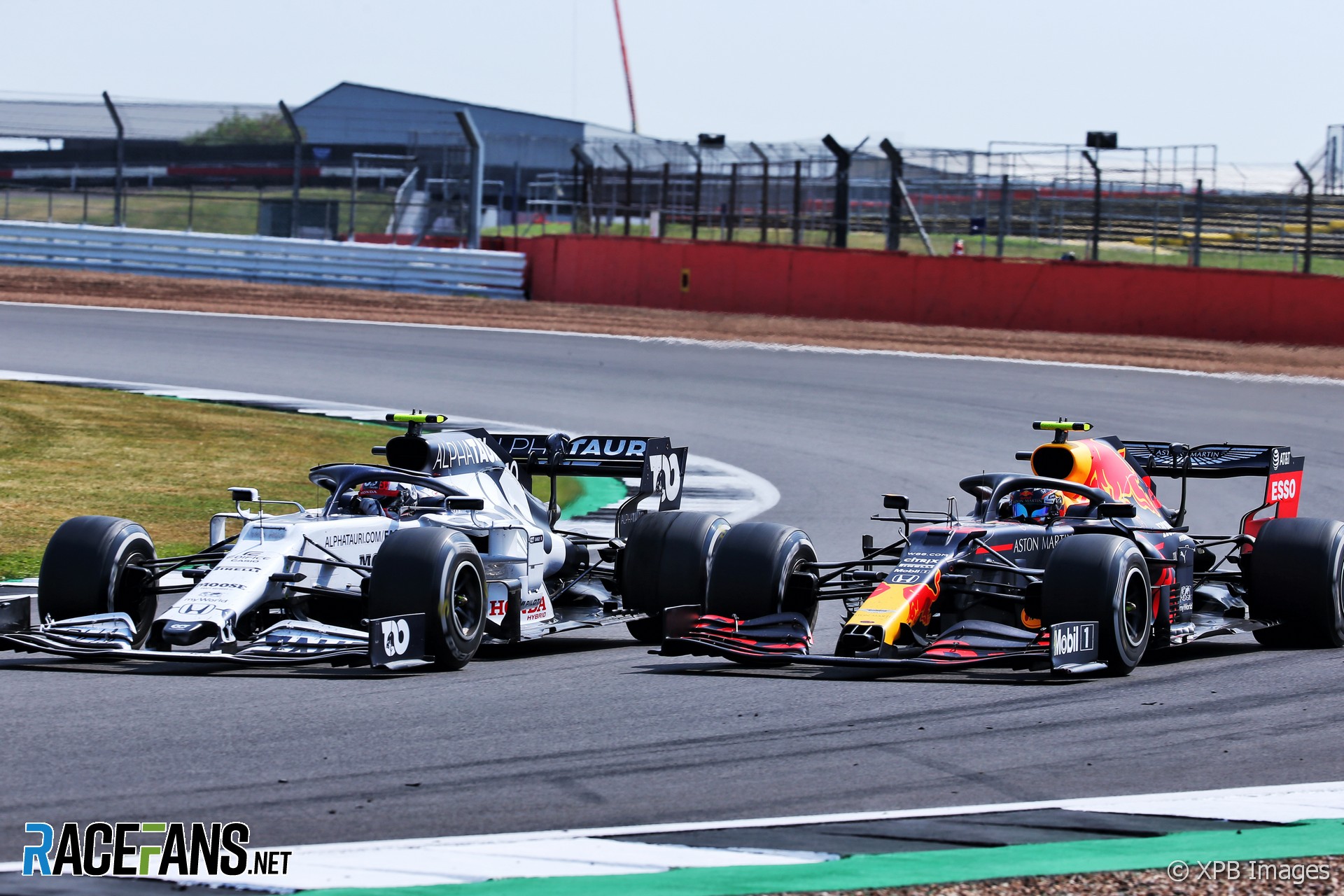 Alexander Albon was encouraged by the progress he and Red Bull made at Silverstone after finishing fifth in yesterday’s race.

“The car was really, really good,” said Albon, whose race was compromised by an early first pit stop which left him in heavy traffic.

“I was struggling a lot at the start to get past but once we got into the rhythm at the end and had our time to attack and overtake people one by one, the pace was there,” he said.

“The car was amazing today. Honestly, we need to understand why it was so good on Sunday and not Saturday.”

Albon started the race from ninth place. Red Bull team principal Christian Horner believes the team need to improve the handling of their car on low fuel to help him find the pace in qualifying to match his performances in the race.

“Alex doesn’t have quiet Sundays at the moment,” he said. “His racing has been superb – and some of the passes he made today around the outside of Copse and throughout sectors one and two, because we weren’t really quick enough at the end of the straight to get the job done. I thought he drove a very, very good grand prix.

“So I think as soon as the car becomes more and more drive-able on on a Saturday and we start qualifying better… imagine if Alex had started in fourth or fifth with the pace that he had in the race. And I’m sure that will come for him, I’ve got no doubts about that.”