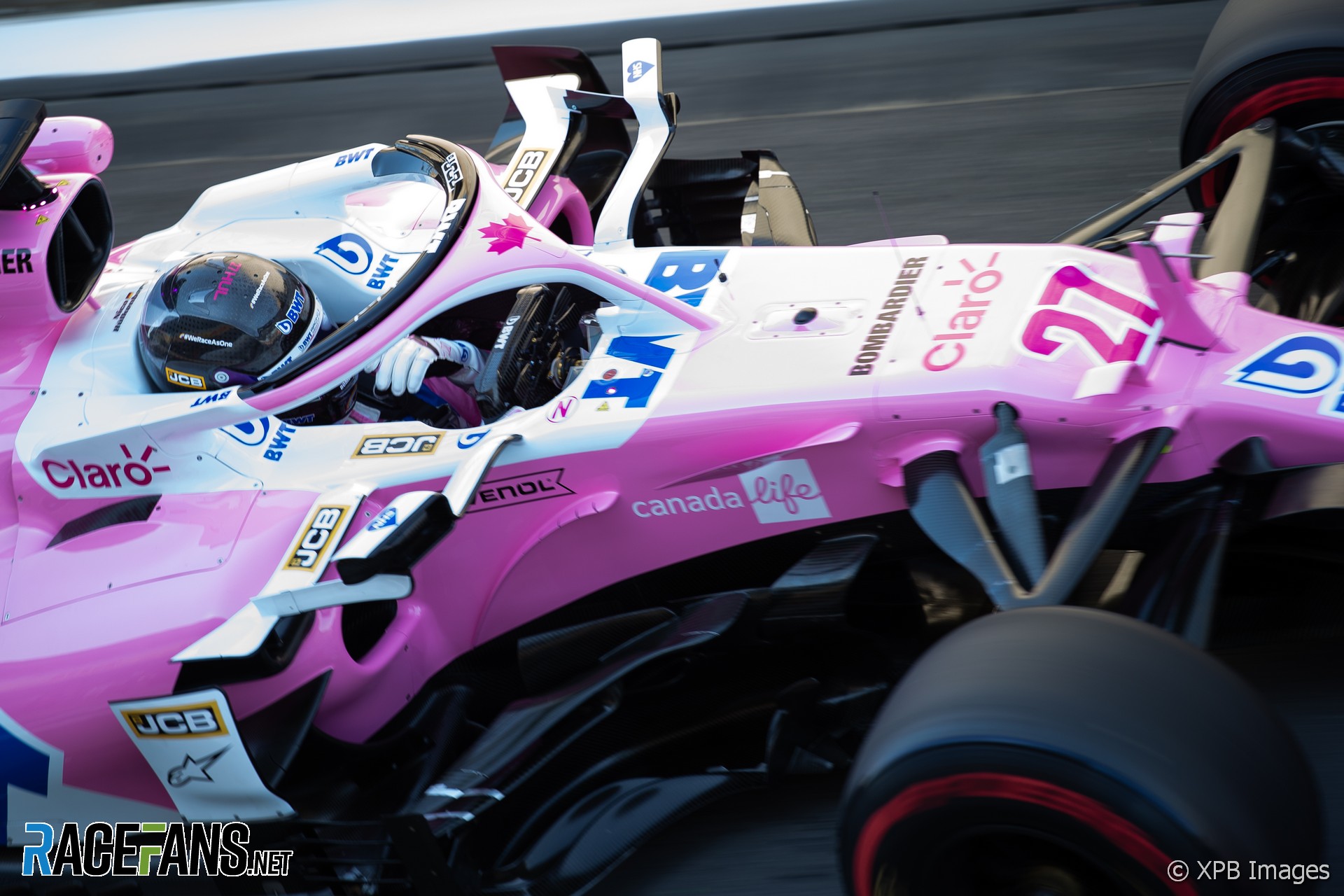 Nico Hulkenberg will drive for Racing Point again this weekend if Sergio Perez is ruled out of competing in his second race in a row.

Perez tested positive for Covid-19 on Thursday. Last week Britain extended the minimum quarantine period for anyone who exhibits Covid-19 symptoms from seven days to 10.

Due to the timing of Perez’s tests and the change in regulations, Racing Point is awaiting a clarification from the relevant health body as to how the restriction applies to their driver.

Racing Point CEO Otmar Szafnauer explained the confusing surrounding Perez’s ‘inconclusive’ test on Wednesday and subsequent positive test on Thursday which forced him out of the British Grand Prix weekend.

“So you could look at it and say, well, it’s the [Public] Health England standards and therefore a positive on Wednesday already. On Wednesday you had to quarantine for seven days. The 10 days that came in the following day may or may not be retroactive. That’s the bit I don’t know.

“So we’ll ask that question of [Public] Health England and whatever they say, that’s what we’ll do. We will comply with whatever they deem is right in this situation. But I think the ambiguity comes in because it was just on that transition.”

Racing Point advised RaceFans on Tuesday evening it was still awaiting a clarification on Perez’s situation. However the fact of his positive test on Thursday makes it unlikely the team will be able to gain permission for him to race this weekend.

Even if that hurdle is cleared, Perez would still have to demonstrate he is no longer carrying the virus before he is able to return.

“If Checo still has virus in his system, we don’t want him in the paddock either,” Szafnauer confirmed. “We’ve got to protect our team and everyone else in the sport. That’s exactly what we will do.”

In a social media post yesterday, Perez said he “hasn’t had any symptoms” and is “looking forward to coming back very soon.”

Szafnauer praised Hulkenberg’s performance during the weekend, though he was unable to start the race due to a power unit failure.

“It’s a different car that he drove before, different power train,” said Szafnauer. “The team’s similar to when he was here but he still had a different engineer as his old engineer’s on Lance [Stroll]’s car. But the rest of the guys he worked closely with. So he did a remarkable job. It was a steep learning curve, and he did great to qualify where it did.”