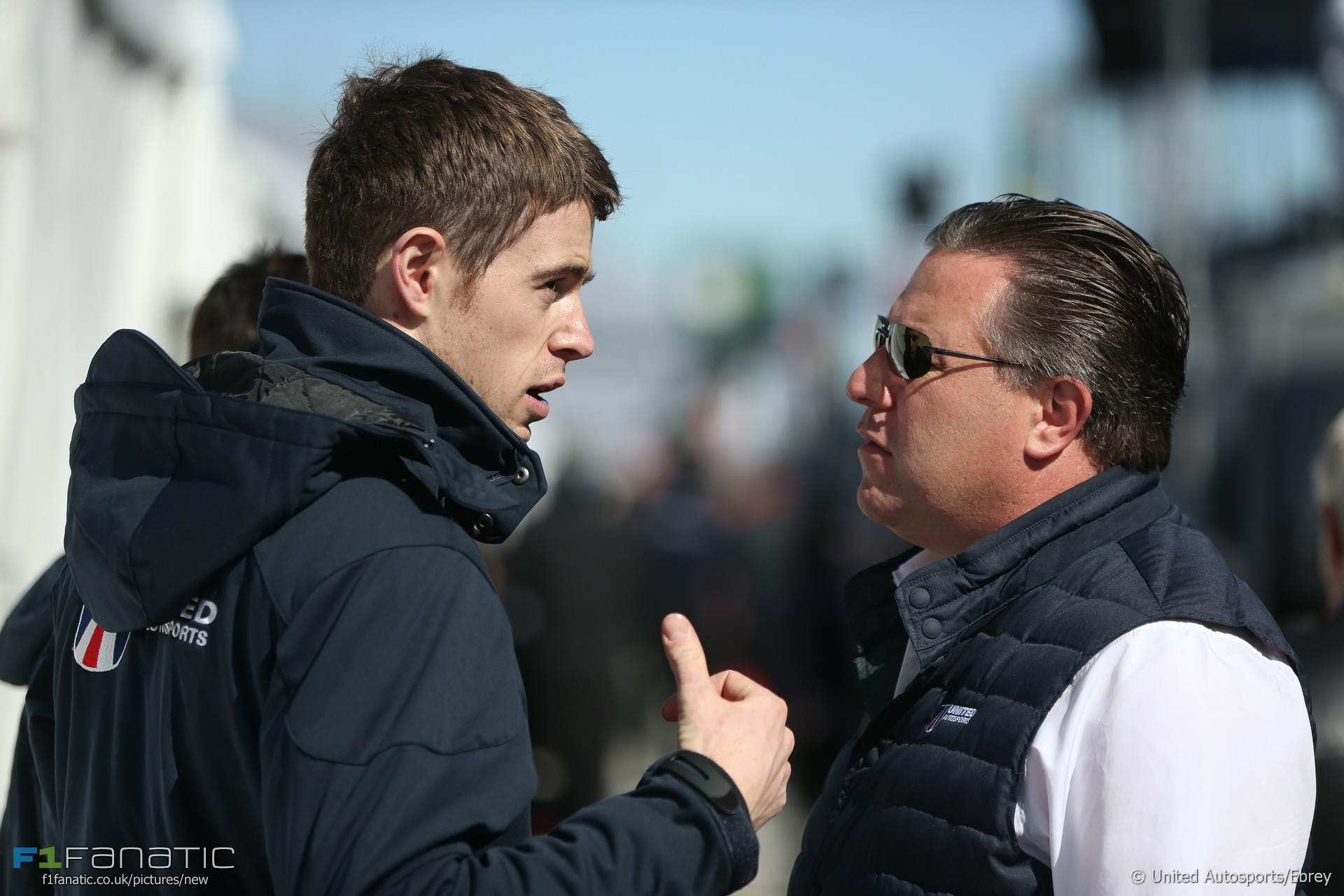 Paul di Resta will serve as McLaren’s ‘standby driver’ for this weekend’s race at Silverstone.

McLaren has an arrangement to use Mercedes’ reserve drivers if needed. However with Stoffel Vandoorne on Formula E duty in Berlin, and Esteban Gutierrez unable to race as he is ineligible for a superlicence, the team has made arrangements for di Resta to serve as their substitute this weekend.

McLaren has already conducted a seat fitting for Di Resta at the McLaren Technology Centre today. He will be present at Silverstone as a presenter for Sky television, and McLaren confirmed he will not be in close contact with them unless he is needed to replace Lando Norris or Carlos Sainz Jnr.

Di Resta previously raced for Force India, now Racing Point, and made his most recent Formula 1 start in the 2017 Hungarian Grand Prix as a substitute for Felipe Massa at Williams. He has also driven for McLaren Racing CEO Zak Brown’s United Autosports sportscar team.

Racing Point also shares reserve drivers with McLaren and Mercedes. However due to the unavailability of Vandoorne and Gutierrez last weekend, it called up Nico Hulkenberg to stand in after Sergio Perez tested positive for Covid-19, and will do so again if Perez is unable to compete this weekend.