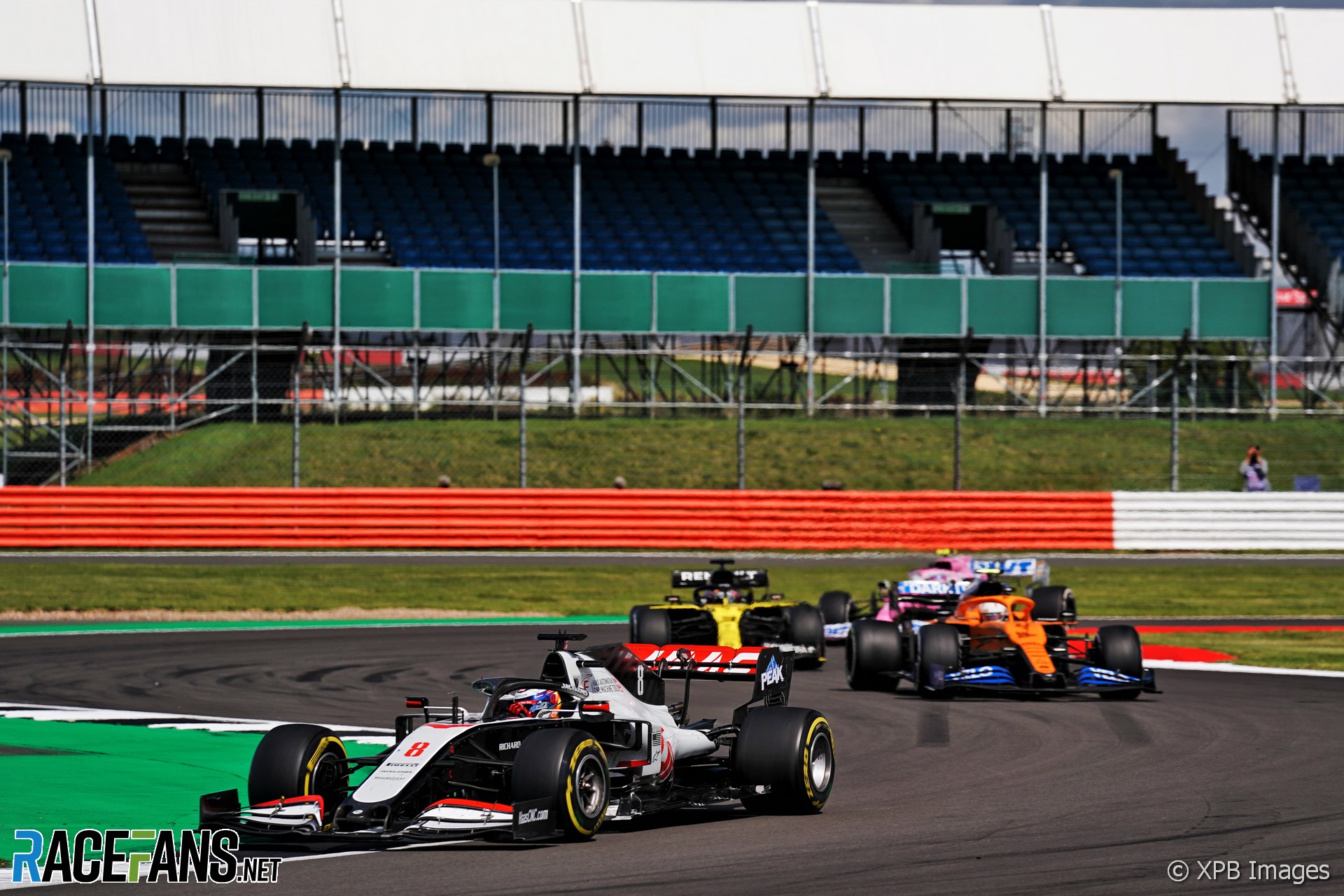 However the drivers will discuss the rules further in light of events in yesterday’s race, he added.

Grosjean was shown the black-and-white flag for his driving while Carlos Sainz Jnr was trying to pass him, for a move the McLaren driver called “very dangerous”. The Haas driver was later given a warning for a similar move on Daniel Ricciardo.

Masi said the incidents were the first example of the stewards responding to feedback from drivers on how such driving should be regulated.

“Following extensive discussions with the drivers throughout last year, one of the big areas that the majority of them asked for is for a clamping down of cars moving under brakes and drivers moving under brakes,” said Masi. “So as a result, this is really the first element of that we’ve seen this year.

“The first time it happened the black and white flag was shown and on the second occasion it was referred to the stewards for them to do a further investigation.”

The topic is likely to be discussed prior to this weekend’s second race at Silverstone to clarify the treatment of drivers who change their lines suddenly under braking.

“We’ve agreed that we will discuss it at the next drivers’ meeting and go from there,” said Masi. “But it’s actually come about as a result of the drivers requesting a crackdown in that area because they thought it was something that needed to be clamped down on a bit more.”

Ricciardo described Grosjean’s defending as ‘sketchy’ on the team radio. He said the pair discussed the incident in the stewards’ room.

“I didn’t want to go in and educate him because, as I said, he should know by now what he’s doing,” Ricciardo said, “but, I just said, look it’s not only me that that is in danger, obviously with a late move and a reaction, but it’s maybe I break my front wing, but likely that you get a puncture as well. So it’s really for both of us in that scenario.”

“I just said, if you time it and just move a little earlier then I’d probably go to the outside and you actually probably have a better chance of defence as well. But it’s I think it’s all stuff he knew. I think when he saw the video, he realised it was a little bit late, but I didn’t feel the need to go back and forth.”

Ricciardo said track etiquette had improved after it last came under scrutiny, when Max Verstappen was challenged over some of his moves.

“I think back in 2016 Max was doing it a few times under braking and we addressed it. I felt like we had moved on from that. And I think behaviour’s been pretty good from memory, for the most part, the last few years.”