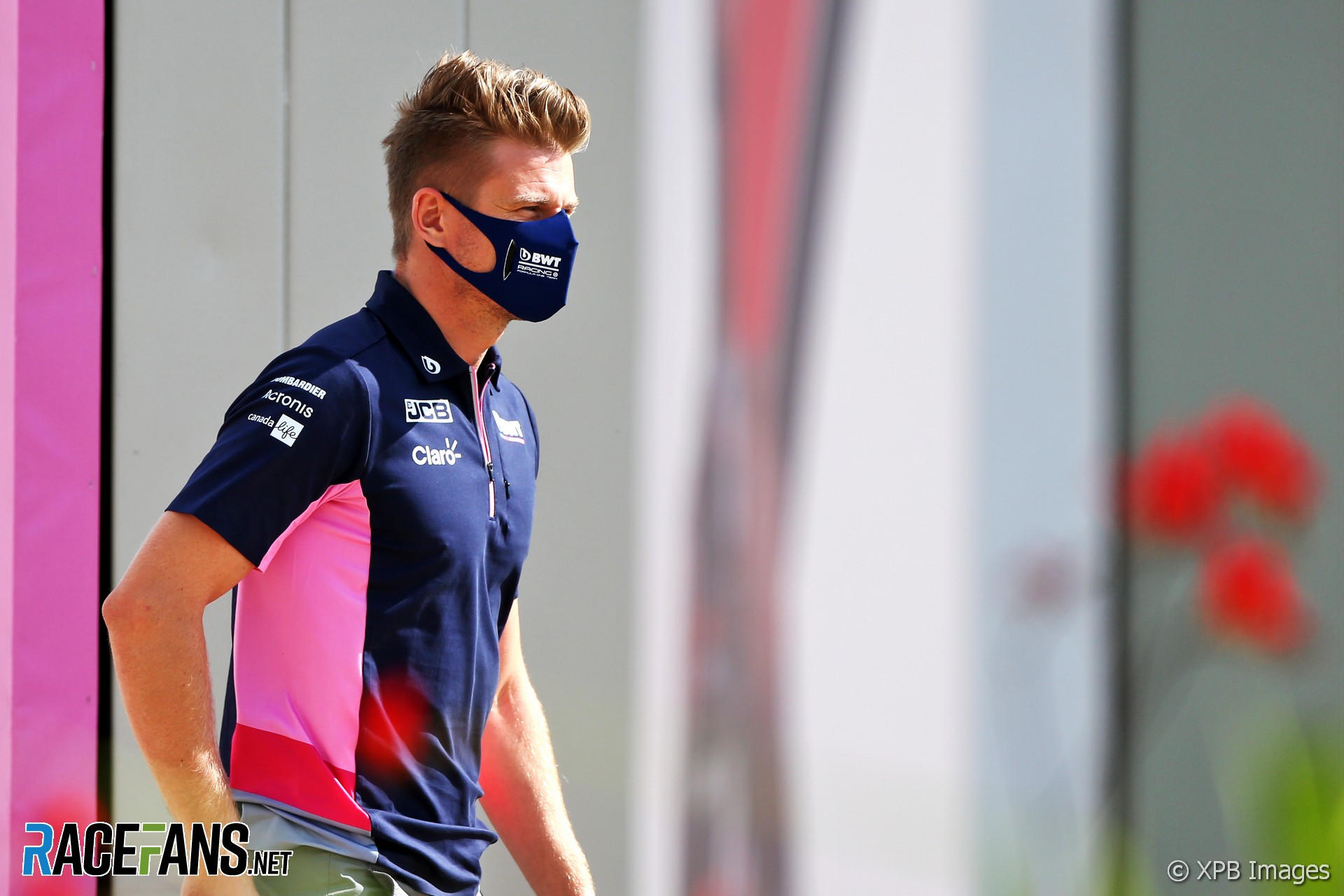 Nico Hulkenberg failed to start the British Grand Prix on his return to Formula 1 due a sheared bolt within his power unit, Racing Point have confirmed.

The broken part prevented the team from being able to start his car, and he was unable to take part in the race.

“It looks like a bolt sheared within the clutch housing and that bolt got caught and therefore wouldn’t allow the internal combustion engine to turn over,” explained Racing Point CEO Otmar Szafnauer. “So where the bolt had fell off it got jammed and therefore we couldn’t turn the engine over.”

The part which failed was not manufactured by Racing Point, Szafnauer confirmed. the team obtain their power units and some associated hardware from Mercedes.

Szafnauer said he doesn’t yet now what caused the bolt to fail. “I think it’s a bit early to understand why but it did sheer off so it could be a material issue, it could be an over-torque issue.

“I don’t know, I’m sure all those bolts are torqued to a certain specification. Say the torque wrenches just aren’t right and you over-torque it, it could sheer it. It could be a material issue in manufacturing. But until you look into all those things: was the bolt brittle, was the material brittle? I don’t know. So we’ll have to understand the root cause and make sure that we fix it.”

Hulkenberg is expected to return for the team in next week’s race, and Szafnauer said he would have benefitted from the opportunity to race today.

“It would have been very useful for Nico to get a race,” he said. “And unfortunately he didn’t. I think he did a great job jumping in the deep end, starting from zero.”