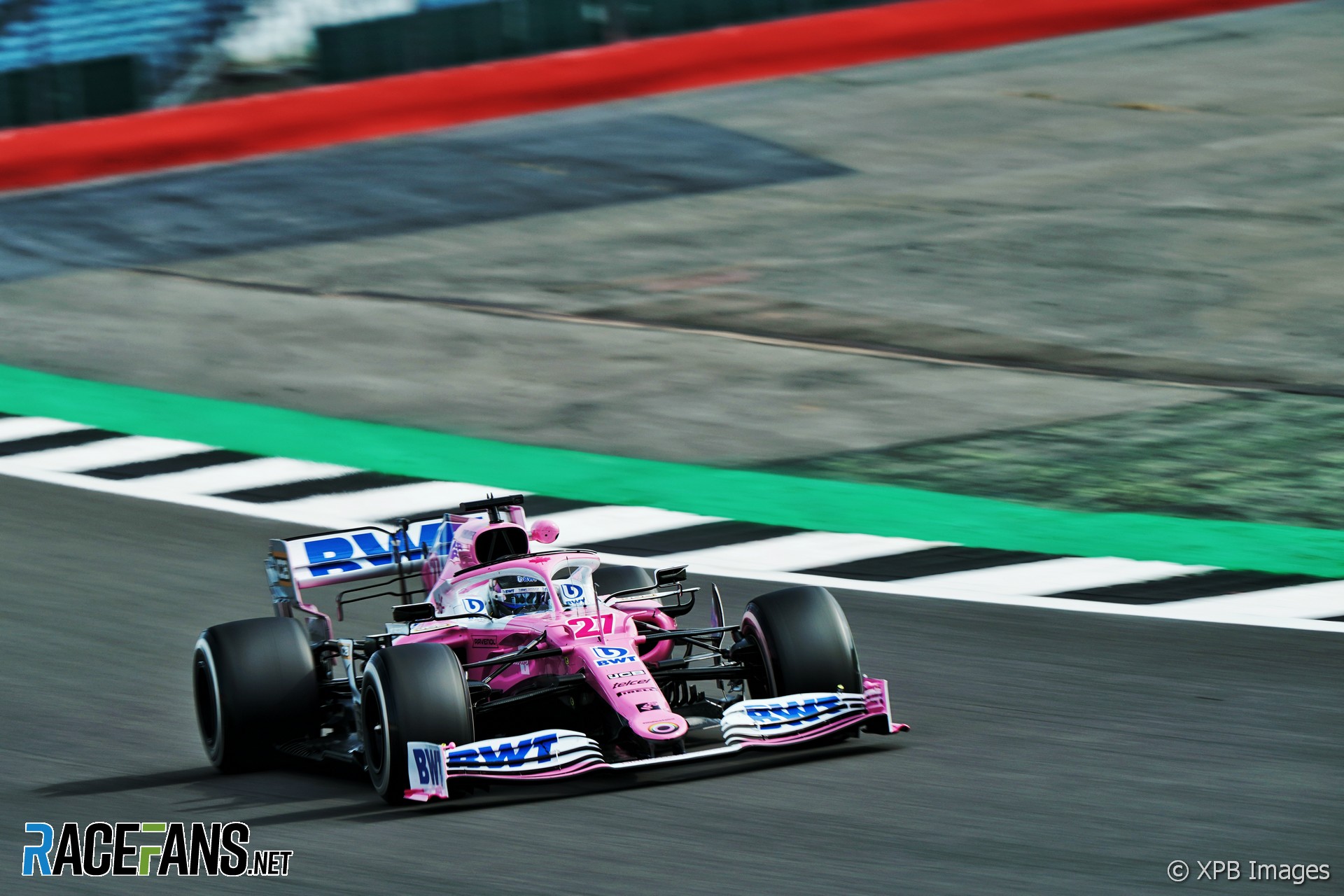 Nico Hulkenberg was Racing Point’s preferred choice to replace Sergio Perez because of his knowledge of the team, according to technical director Andrew Green.

Hulkenberg has five years experience driving for the team, first as a reserve in 2011, then in their race team in 2012 and from 2014 to 2016. Much of the team personnel has remained the same, though the team’s identity has changed.

Green said Hulkenberg was “a bit rusty” on his return but “did slip into [the car] incredibly seamlessly.

“It was like he’d almost never left, which is the reason why we wanted him in the car in the first place at such short notice. We wanted someone who we knew we could get the maximum out of in this very short space of time.

“So in that respect it wasn’t that arduous for him. I think the switch was relatively simple.”

“We’re not aware of the procedures that went on at Renault but he’s got a good memory and I think a lot of the procedures that he was used to when he was driving for us for quite a few seasons hadn’t really changed,” Green continued. “They might have evolved a bit but the general principle behind them are all a very similar story.”

In his first weekend back after ninth months away, Hulkenberg was just one tenth of a second away from advancing to Q3. He admitted jumping back into action at Silverstone, where drivers experience particularly high G-forces, has been punishing.

Hulkenberg is one of the taller drivers in Formula 1, which Racing Point also had to accommodate.

“I think from an installation point of view, it went quite well,” said Green. “There are still some modifications we could make to make it slightly more comfortable but he hasn’t really complained about the comfort in the car at all since he got in it. Lance is quite a tall driver so he’s pretty close, he’s within two centimetres of Lance. It wasn’t too much of a squeeze.”

“The biggest thing is just time in the car,” Green added. “If he has a good race tomorrow and gets 50 odd laps under his belt, he’ll come out of that. He’s probably a bit tired for sure [will be] a bit sore on Monday but he’ll come out of it with a lot more knowledge.”

The team has tried to reduce the amount of work Hulkenberg has to do during the weekend in order to help him get up to speed quicker.

“We did make a conscious effort to reduce his workload,” said Green. “There’s a lot of work going on in the background to make sure that we reduce that workload. So we haven’t put a big emphasis on him doing tests and set big setup changes, compares and things like that. We just concentrated on the basics.”