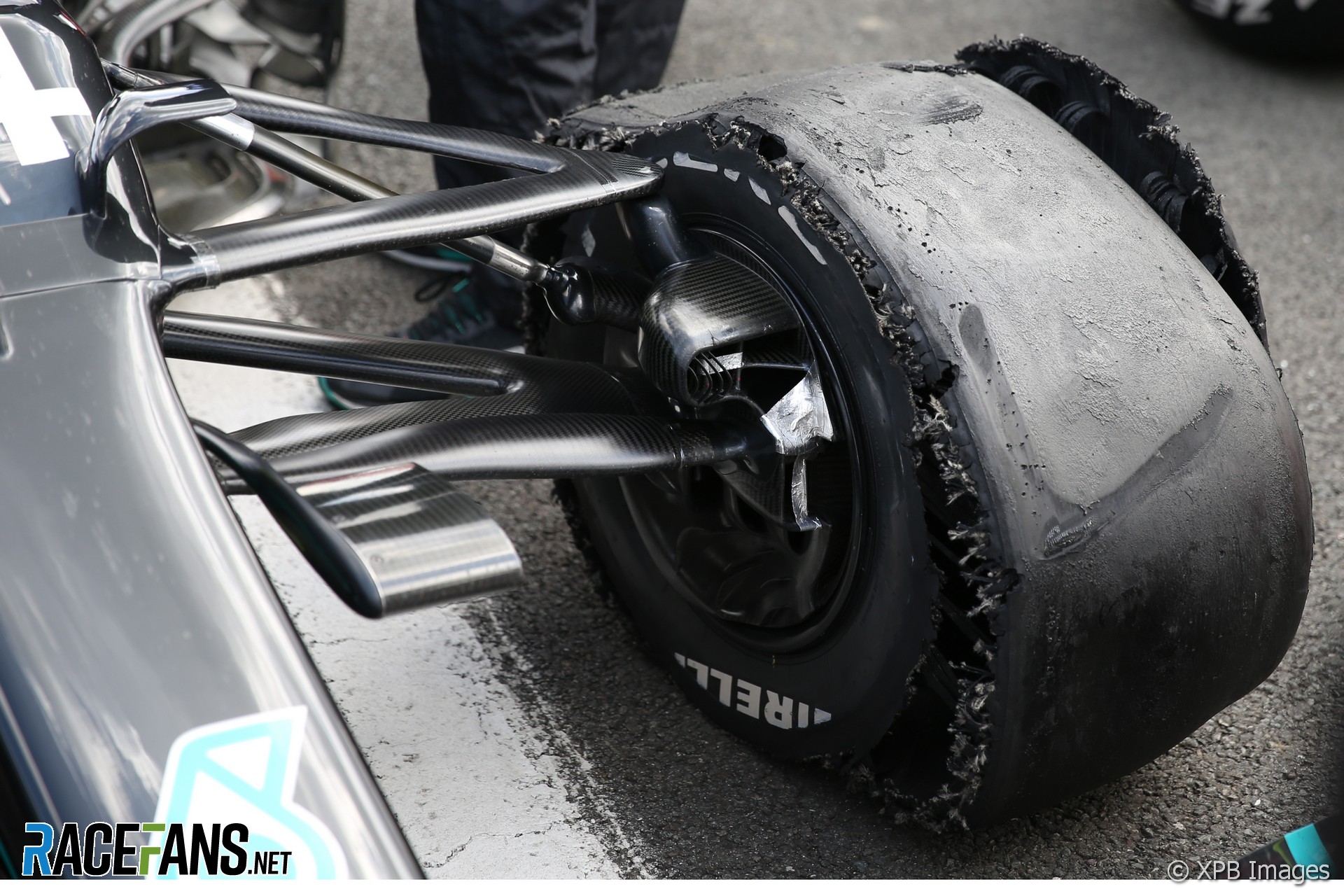 Lewis Hamilton described how he feared he would lose victory on the last lap of the British Grand Prix after suffering a puncture.

Hamilton said he had been concerned the tyre might fail in a high-speed corner, after being warned his team mate Valtteri Bottas had suffered a puncture late in the race.

“As the minutes go by I feel worse and worse when I realised what happened,” said Hamilton. “I think in the heat of the moment you have the adrenaline going and I guess kind of that fight for survival instinct comes out and I was able to stay calm and really measured and try to bring the thing home.

“But of course, I was just thinking of the things that could have happened if the tyre gave up in a high speed corner or something like that, it would have been a much different picture. So I feel incredibly grateful that it didn’t and that we just managed.”

After his puncture, Hamilton’s race engineer Peter Bonnington gave him a countdown of how far away the closing Verstappen was.

“I heard that Max was just catching me at a crazy speed,” said Hamilton. “I got onto Hangar Straight and I could hear him, I think he was 19 seconds at that point.

“So I was trying to pick up the speed down that straight but the wheel was obviously making a real mess. And I was thinking, ‘geez, how am I going to get through these last few corners without losing too much time?’

“Fortunately I got around [Stowe] and then once I got to the last two corners, that was really when it was a disaster. And I could hear ‘seven, six, five’. And I just managed to keep it together.”

Hamilton said he had no warning his tyre was about to fail despite knowing the fate that had befallen his team mate.

“I was constantly looking at the tyre. It was quite smooth and was working really well through turn three so the thing was turning fine. I was trying to gauge just how worn it was, but I didn’t have any feeling where they’d been particularly really worn.

“Then just down the straight you could feel the sudden loss of RPM. At full speed the RPM drops as you start getting extra friction from the tyre as it’s not rolling at the same speed. And also you feel the balance shift to the left.

“So it was a bit of a panic and I nearly didn’t make it around turn seven but then after that I managed to make it through all the corners.”

Mercedes will investigate what led to the puncture, said Hamilton. “My team did a fantastic job through the weekend but I think we’ll have to look into why we had this tyre problem. I know that a few people did, maybe it was debris or maybe the tyre was just worn out.”

27 comments on ““Is that the last lap?”: Hamilton describes “panic” after puncture drama”