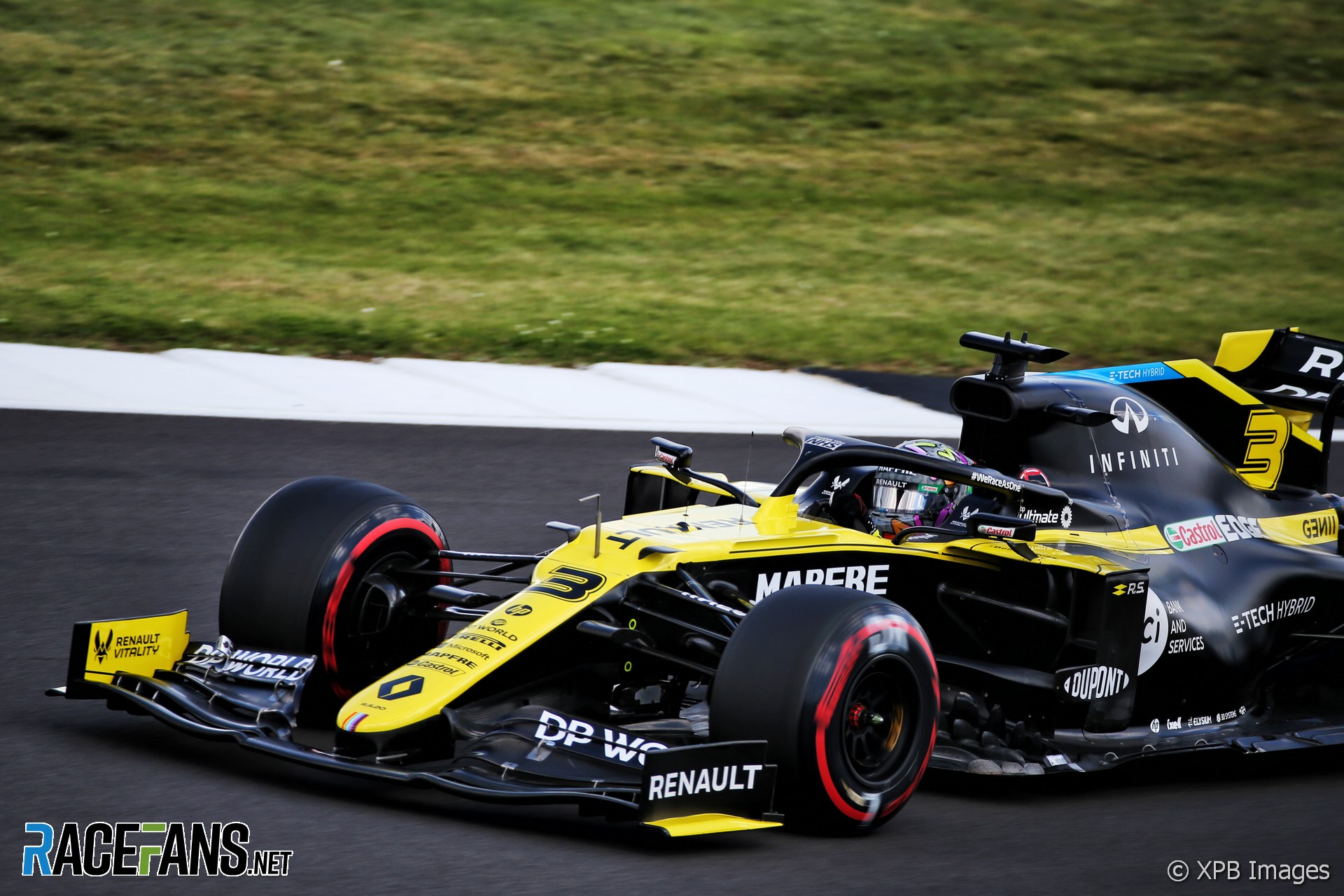 Romain Grosjean has been given a formal warning by the stewards of the British Grand Prix for weaving during the race.

The Haas driver was shown the black-and-white flag during the race for changing his line under braking while battling with Carlos Sainz Jnr. The stewards also investigated a similar incident between Grosjean and Daniel Ricciardo.

“Moving under braking when another car is approaching has been identified by the drivers as a very dangerous manoeuvre,” the stewards noted.

They spoke to the drivers involved and Ricciardo conceded the situation was “manageable” by him.

“Grosjean explained that in both cases his moves were before the braking zone,
although in the second case, it was closer,” said the stewards. “When it was put to the drivers that these were late moves in relation to the approaching car, or ‘movement in reaction’, and also potentially dangerous, they agreed on this as a general principal. Ricciardo agreed that this situation, while close, was manageable by him as the following driver.

“The stewards issued a warning, with the admonition that late movement in reaction to
drivers following is also considered potentially dangerous and will be scrutinised by the stewards.”

The formal warning, a recent addition to F1’s range of sanctions, does not include any penalty points.

13 comments on “Grosjean given warning for “potentially dangerous” weaving”