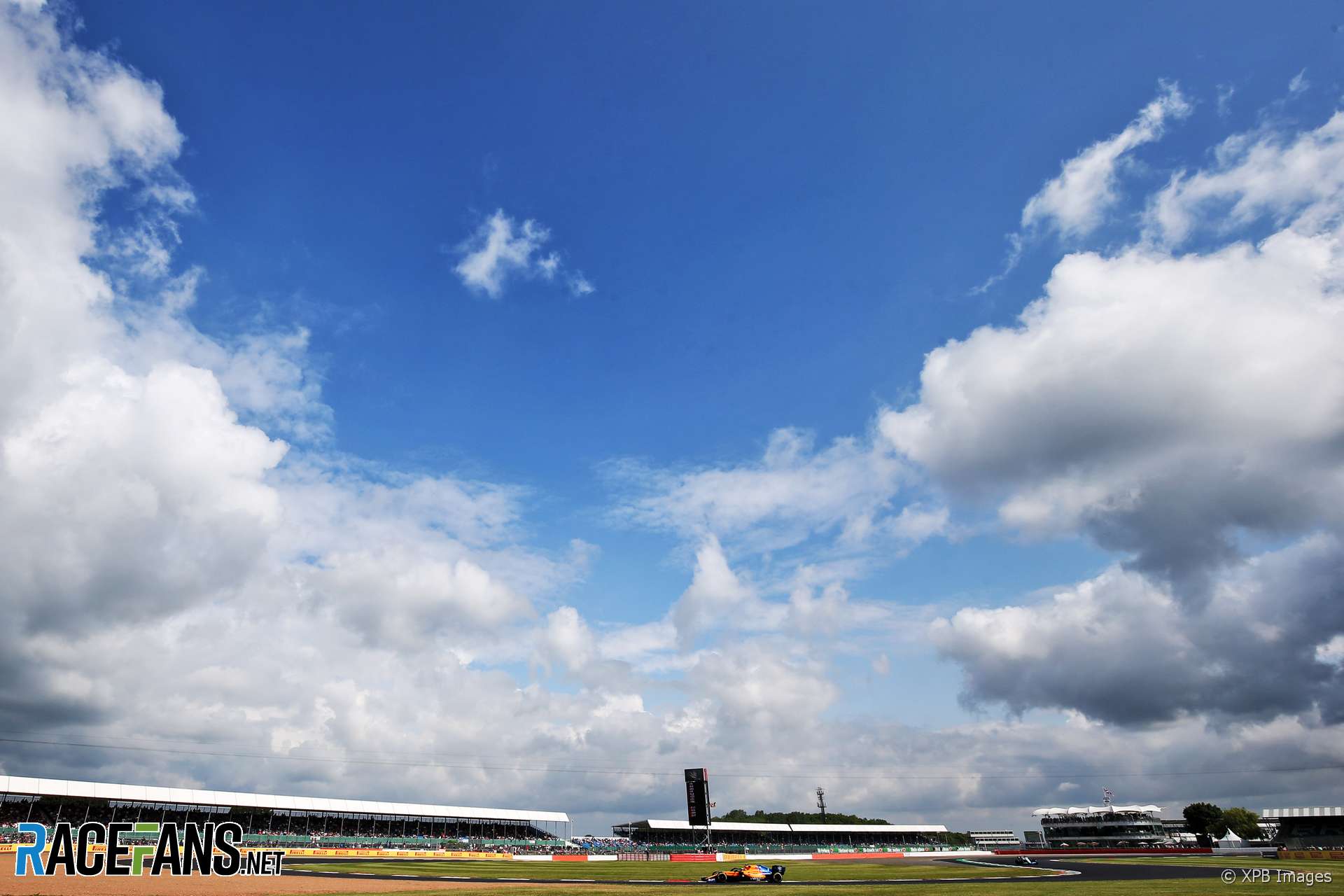 Race day at Silverstone will be much cooler than Friday practice, when hot conditions are forecast at the track.

The British Grand Prix is being held in August instead of July as a result of the pandemic. The teams arrived on Thursday to blue skies, light clouds and rising temperatures. The heat will continue to build on Friday, nudging past 30C during the two 90-minute practice sessions for the fourth round of the world championship.

This mini-heatwave will pass quickly, however. Saturday will see extensive cloud cover, occasional spots of sunshine, and peak temperatures around 10C lower than Friday. The wind, which can be a complicating factor on the high-speed Silverstone circuit, should remain low.

Sunday will be cooler still – air temperatures may not make it out of the teens during the British Grand Prix. Conditions will be otherwise similar to Saturday with low wind and little to no risk of rain.

F1 will remain at Silverstone for a second race one week later. The early forecast indicates that weekend will also be dry, and warmer overall. This may turn out to be significant, as F1 has brought its hardest tyre selection for this weekend’s race, but softer compounds will be used for the 70th Anniversary Grand Prix next week.

5 comments on “‘Mini-heatwave’ will pass before British Grand Prix”