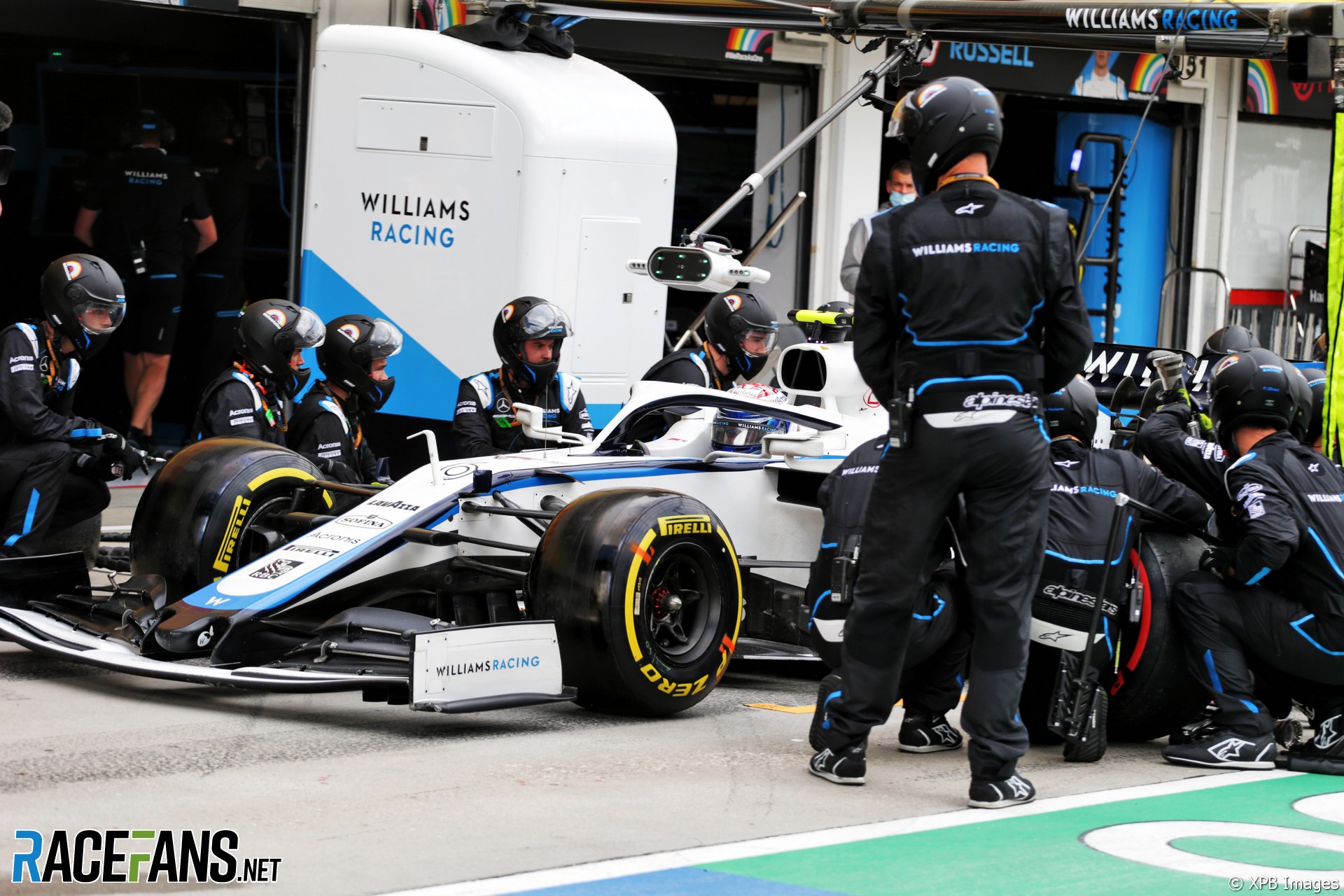 Williams have added a new failsafe to their pit stop procedure after Nicholas Latifi’s Hungarian Grand Prix was ruined by a collision in the pit lane.

The team sent Latifi out of his pit box while Carlos Sainz Jnr was passing his position, leading to a collision between the two. Latifi picked up a puncture and was also given a time penalty. Several drivers had pitted on the same lap to switch from intermediate tyres to slicks.

“It was obviously a very busy pit lane, everyone diving in for the slicks in Hungary,” said Latifi. “So it was just a bit unfortunate.”

Latifi said the team has cleared him to leave his pit box. “I saw the green light,” he said. “The green light goes, you go and you don’t want to have any hesitation.”

He has discussed what went wrong with the team, who have agreed to give one team member the responsibility of warning a driver they may be close to a rival leaving the pits.

“We will have a little bit more of a failsafe with one of the engineers on the radio just in case something like that needs to happen,” said Latifi.

“We do have a procedure in place with different light systems, different light combinations to warn me of traffic if there is traffic. But there was a specific reason why it didn’t go off. So that’s been addressed. But we will implement another backup plan with an engineer taking the radio just in case.”