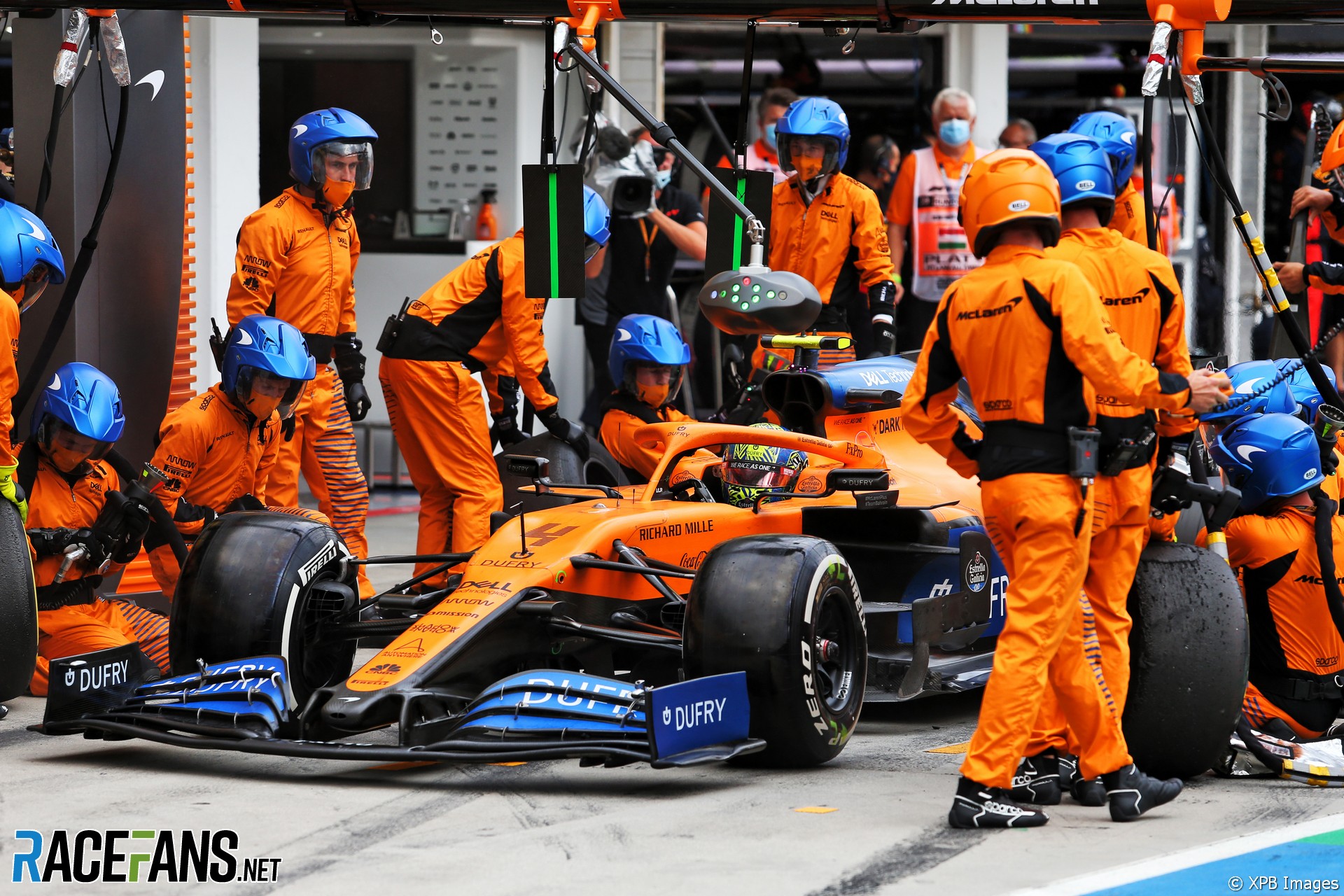 Lando Norris said his poor start to the Hungarian Grand Prix was the main cause of his first point-less finish of the year, not the amount of time he lost in the pits.

The McLaren driver started eighth but fell five places on the first lap. He lost further ground when he made his first pit stop, falling to 18th, and took the chequered the flag in 13th place.

“The team did a good job,” said Norris. “Maybe the pit stops weren’t amazing but they didn’t cost me anything. I think I was the one who let down the team in terms of probably getting the worst start I’ve ever got in my life.

“I just screwed everything up and it’s such a difficult track to overtake on. I couldn’t do anything more after that. I tried coming back, but 13th was the best I could do.”

Norris finished the first two races in the top five but does not believe a similar result was possible at the Hungaroring, where team mate Carlos Sainz Jnr finished ninth.

“If I look at the big picture, I think they’ve been still a very positive three weeks. The things I really wanted to improve on as a driver, I’ve done much better at.

“But I’m still not the driver I need to be. I still made the mistake today, which probably didn’t cost me a huge amount of points, I would have been probably where Carlos was maybe score one or two [points] at most.

“The first two races were perfect. This one was the first one I made a proper mistake on and a big error. So yeah, I just don’t work on those things. We’ll review everything from the past three weeks and try and do a better job in Silverstone.”

Despite failing to add to his points tally in Hungary, Norris remains fourth in the drivers’ championship.