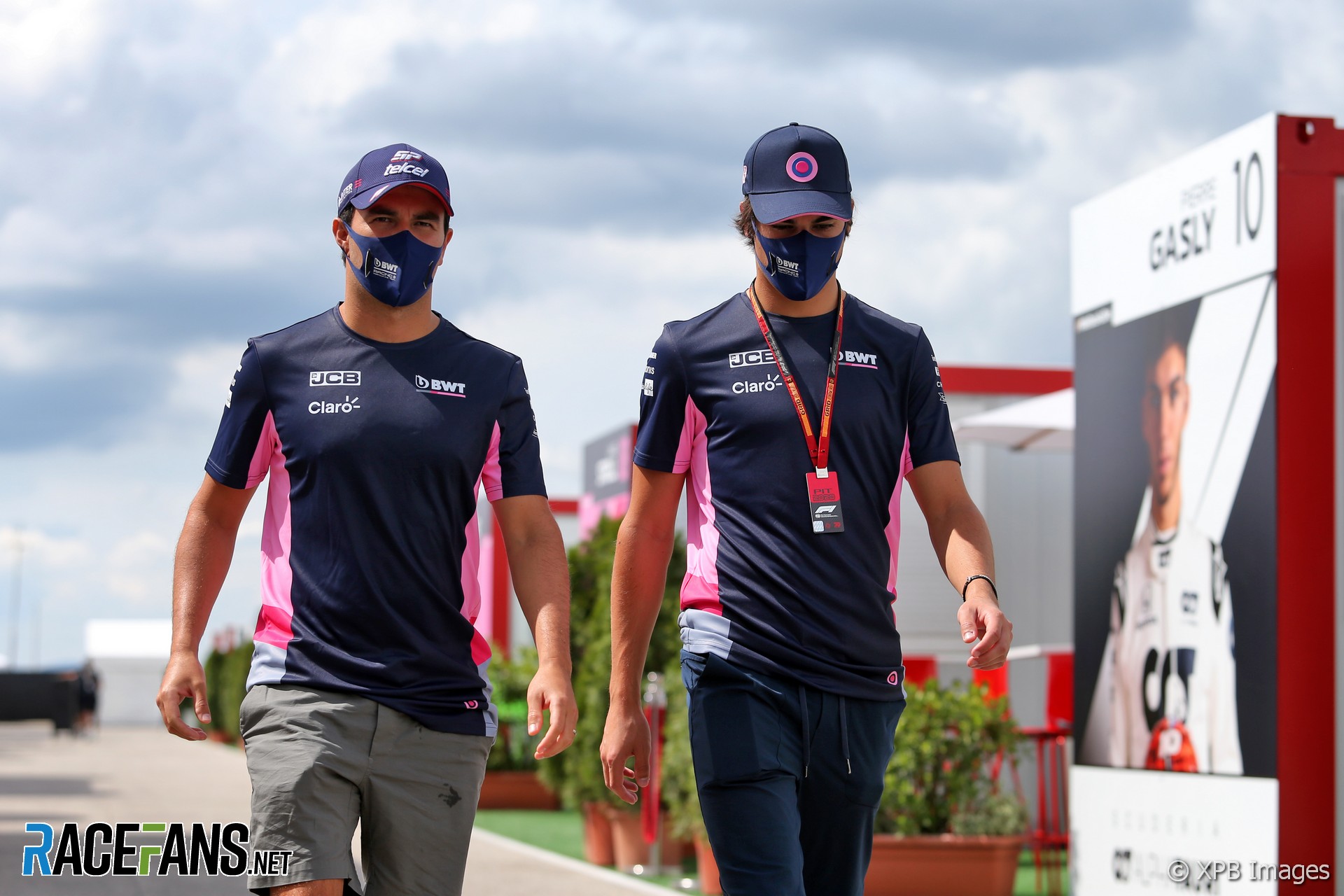 Racing Point drivers Sergio Perez and Lance Stroll will be under orders to avoid any repeat of the first-lap collisions which have cost the team in recent seasons.

The pair will start today’s Hungarian Grand Prix from the second row of the grid. The team previously imposed orders on its drivers following a series of collisions between Perez and former team mate Esteban Ocon.

“We’ve got to be careful that on lap one we employ the same protocols that we had before,” said team principal Otmar Szafnauer. “They’ve got to give each other room.

“It’s the first lap, second lap that are critical. We have to make sure that they don’t come together in those laps so we’ll be talking to them and making sure that the team comes first and we don’t slip back into the ways of old.”

During 2017 and 2018, when the team was known as Force India, collisions between Perez and Ocon cost them dearly on several occasions. A first-lap collision between the pair at the 2018 Singapore Grand Prix put Ocon out of the race and led to the team imposing fresh orders on its drivers to steer clear of each other. Stroll replaced Ocon at the team last year.

The team’s strong qualifying performance has raised hopes a podium finish will be possible in today’s race, which Szafnauer is anxious not to squander.

“You’ve got to remember, this is a team sport and we want to score the most amount of points possible,” he said.

“I still think there will be a fight with others around us,” he added. “Ferrari have always gone well here, they’re just behind us on the grid, you don’t know what the start is going to be like. So let’s wait and see.”