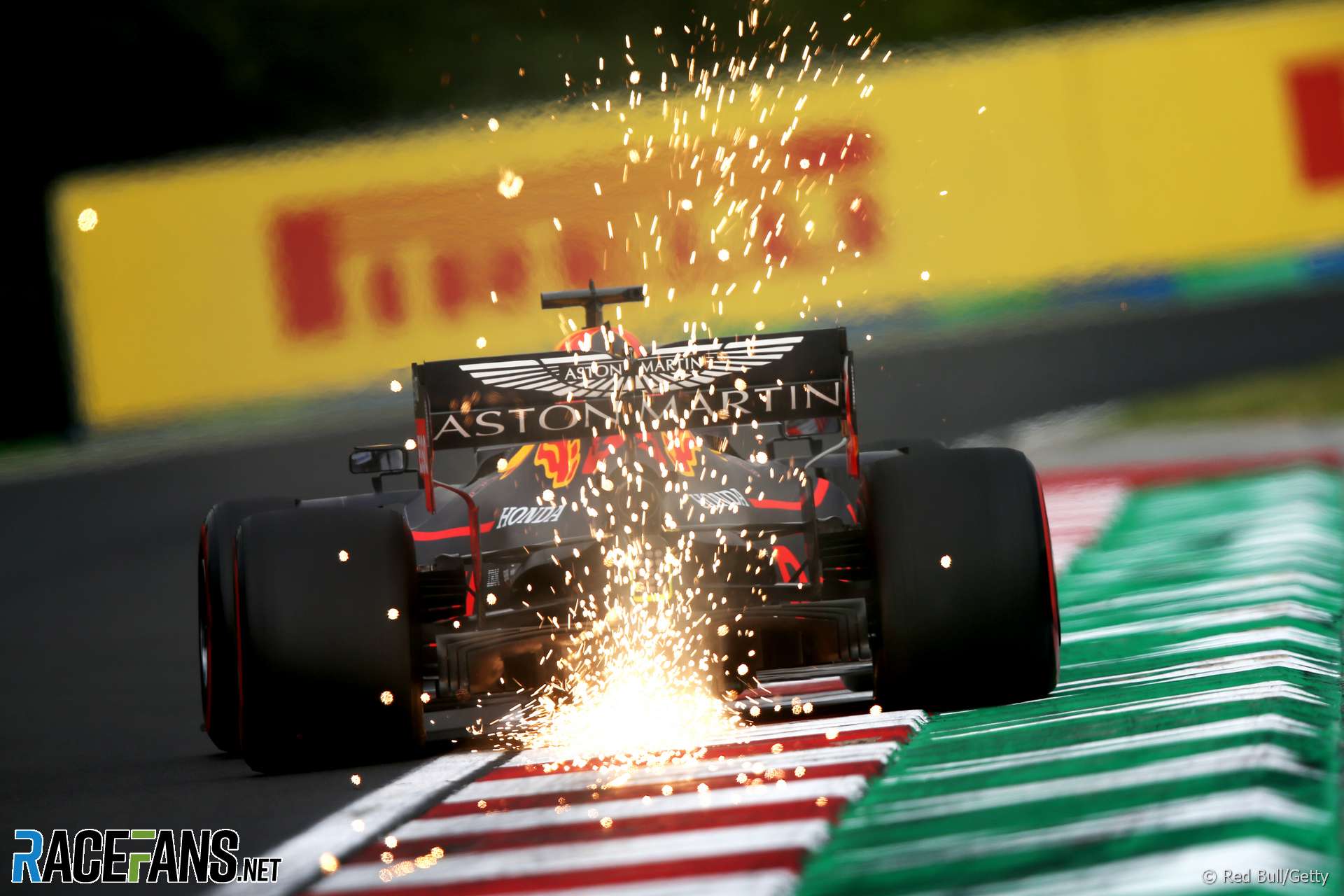 Formula 1 will use its new procedure for enforcing track limits at three corners on the Hungaroring during this weekend’s Hungarian Grand Prix.

Drivers will have their lap times deleted if they leave the track by passing completely over the red and white kerbs at turns four, 11 and 12 during this weekend’s sessions.

“On the third occasion of a driver cutting behind the red and white exit kerb at turns four, 11 and 12 during the race, he will be shown a black and white flag, any further cutting will then be reported to the stewards,” states the instructions given to drivers. “For the avoidance of doubt this means a total of three occasions combined not three at each corner.”

A total of 20 lap times were deleted during last week’s Austrian Grand Prix due to drivers exceeding track limits. Antonio Giovinazzi was shown the black-and-white flag after going wide twice at turn 10 and once at turn nine.

“In all cases,” the notes add, “the driver must only rejoin the track when it is safe to do so and
without gaining a lasting advantage.

“The above requirements will not automatically apply to any driver who is judged to have been
forced off the track, each such case will be judged individually.”

28 comments on “Drivers will lose lap times for running wide at turns four, 11 and 12”