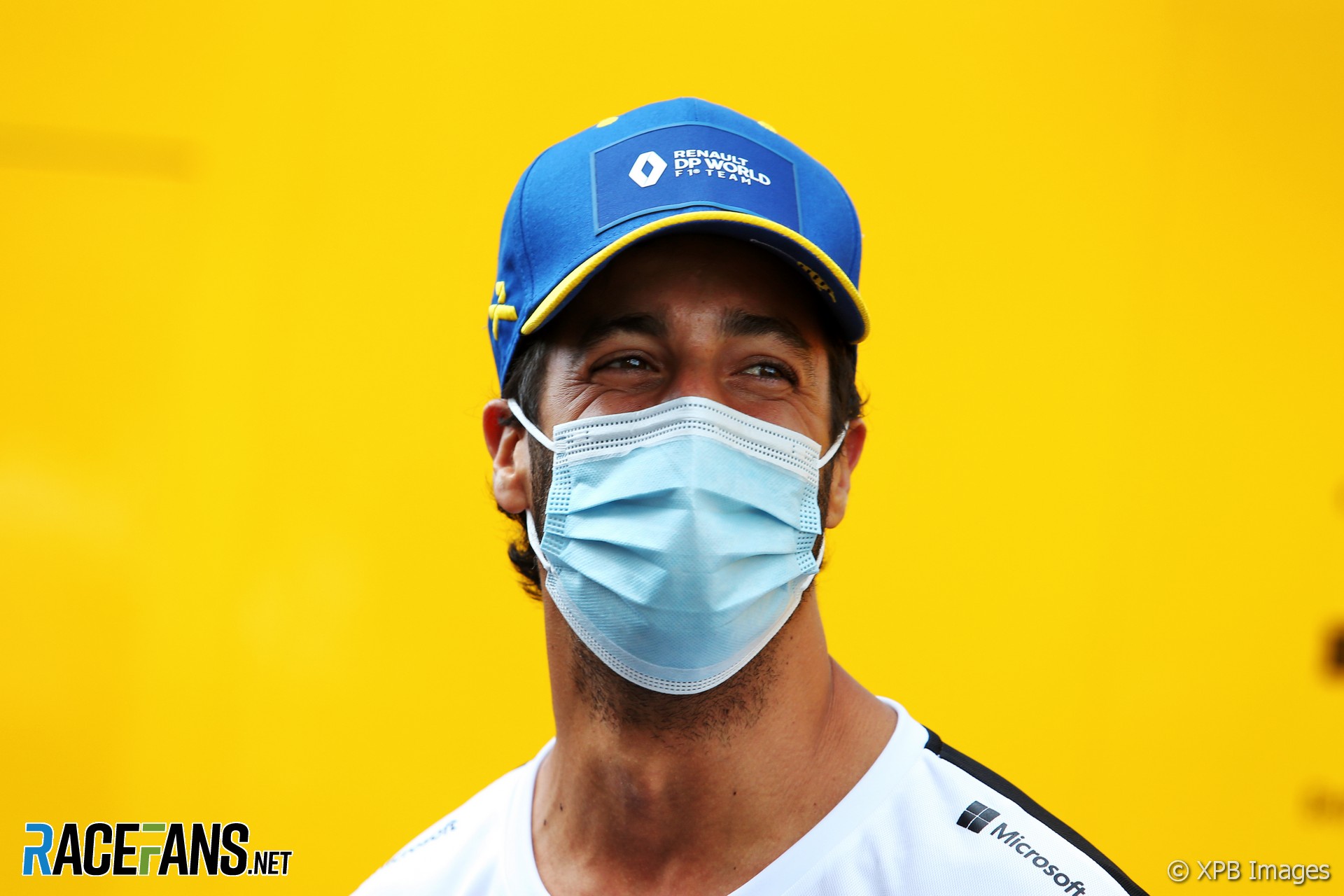 Daniel Ricciardo praised the the safety measures put in place by F1 and the FIA at the Austrian Grand Prix.

Formula 1 became the first international motorsport series to return to action on Sunday, holding a race behind closed doors at the Red Bull Ring.

Strict limits were placed on personnel numbers at the ‘Closed Event’ and 4,032 virus tests were conducted on attendees over a seven-day period. None returned positive test results.

“I certainly take my hat off to everyone who’s helped make it happen,” Ricciardo said. “Trying to figure out where the boundaries are with everything and how to maintain separation between teams and when to wear masks, when not and all this.

“It [was] kind of unchartered territory for all of us. But I’m really happy that everything went pretty smooth.”

The largest challenge for F1 management was how to deal with safety protocols such as social distancing and face masks in an effective manner. Ricciardo praised the success of the protocols which were put into effect.

“I think all weekend the testing was fine, all the Covid stuff that we had to do, everything was on time and the schedule was very tight. Again, not having previous experience, like all of us, I think they did a very good job.”

The most obvious difference during the race was the restriction on spectators. Ricciardo said he didn’t notice this difference when he was in the car.

“Obviously it’s always going to be weird, you know, not having fans and all that here. But to be honest, you know, once we got down to it, it did feel like we were back out and competing and it felt as real as it could right now. So I’m really happy with how it turned out.”

F1 will maintain safety procedures and regular testing in order to protect the F1 ‘bubble’ up until the Styrian Grand Prix this weekend.