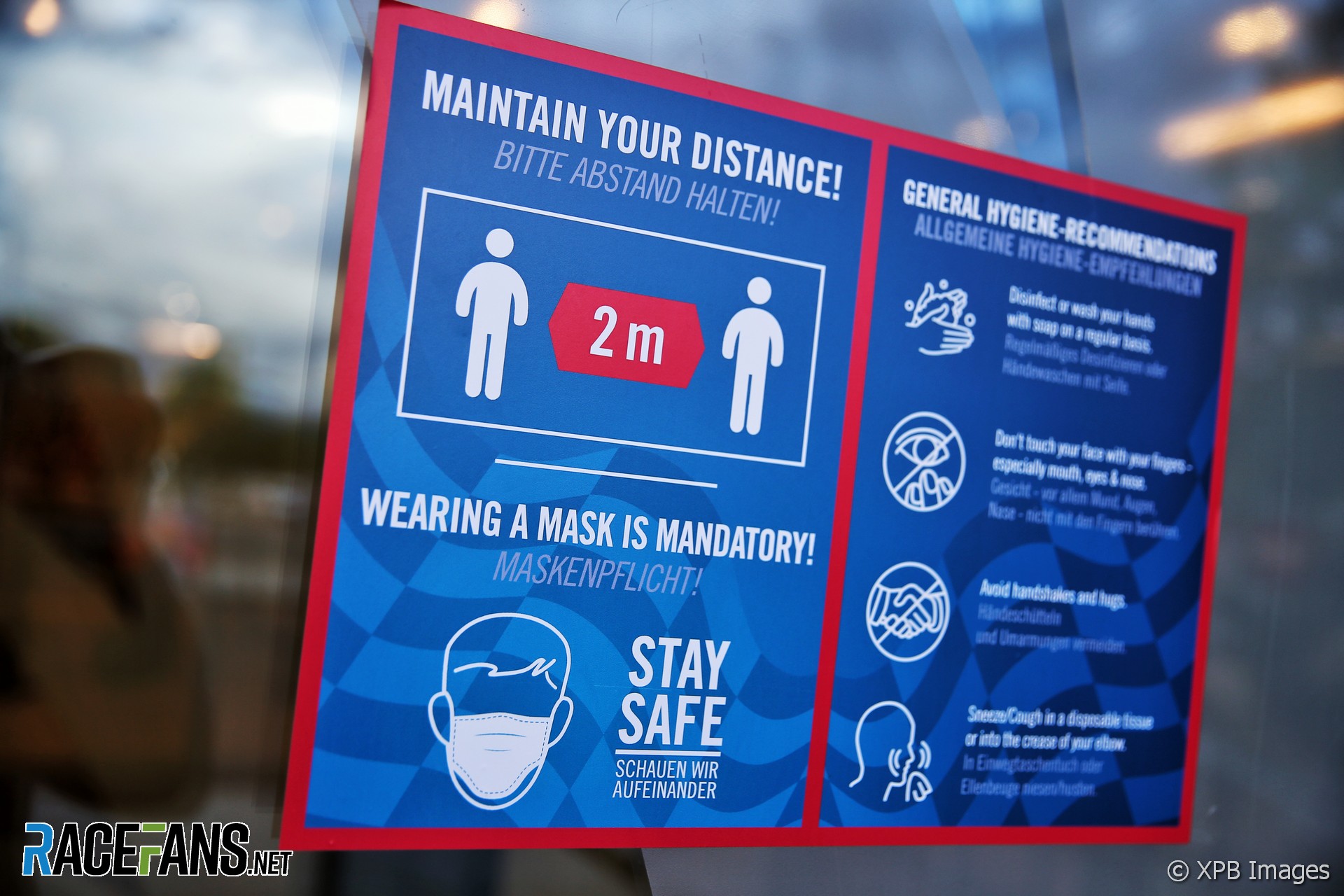 Formula 1 has confirmed all Covid-19 tests conducted on personnel associated with the Austrian Grand Prix returned negative results in the week prior to the event.

In a statement, F1 revealed 4,032 drivers, teams and other personnel had been tested for the Coronavirus, in a one-week period between June 26th and July 2nd. None tested positive for Covid-19.

“The FIA and Formula 1 are providing this aggregated information for the purposes of competition integrity and transparency,” said F1 in a statement. “No specific details as to teams or individuals will be provided by the FIA or Formula 1 and results will be made public every seven days.”

F1 is requiring all staff present at events to be tested for Covid-19 every five days.

Prominent drivers in other series have tested positive for Covid-19 ahead of events races in America this weekend. Seven-times NASCAR Cup champion Jimmie Johnson returned a positive test and will miss this weekend’s event at Indianapolis as a result, plus his planned IndyCar test for Ganassi. Former Formula 1 driver Felipe Nasr also tested positive ahead of IMSA’s race at Daytona.

F1’s season-opening race in Australia was cancelled after a McLaren team member tested positive for Covid-19. All F1 staff were tested before flying out to Austria and again on arriving in the country, as McLaren team principal Andreas Seidl explained.

“We flew out with the team on Wednesday morning, got to the airport here next to the track. Then, as you know, the entire team got tested straightaway again, here at the at the track after the all the negative tests, which we did already on Monday in the UK.

“The results were again all negative which is good. So it allowed us to simply get straight into it.”