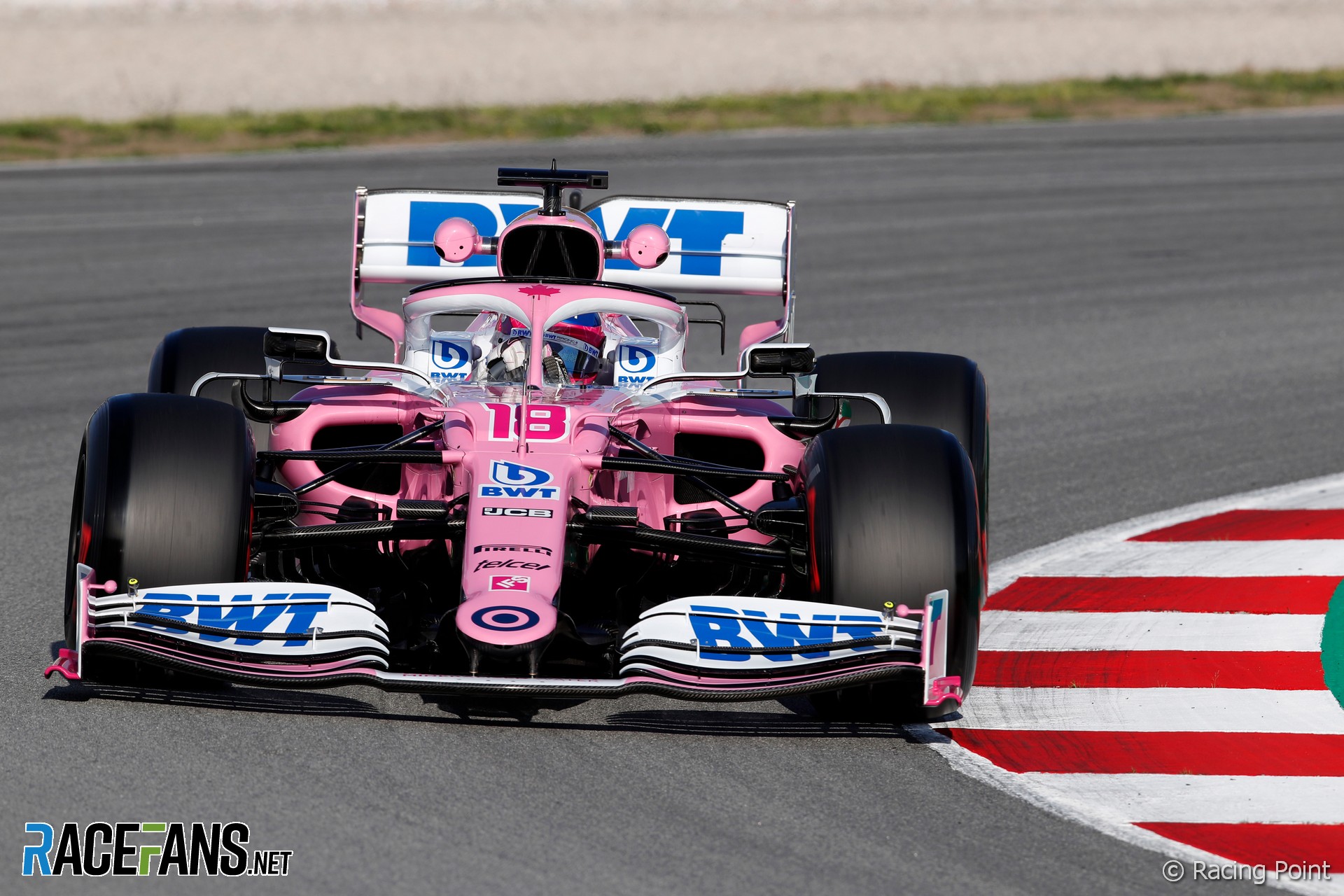 Racing Point is unlikely to bring more than one significant update for its car once the 2020 F1 season begins.

Technical director Andrew Green explained how the disruption to the start of the season has affected the team’s development plans.

“We had a big review of our development strategy since we got back [and] we got visibility of the calendar,” he explained. “Things like where we are racing.

“[But] we still have to race at those tracks. They need their own, individual packages.

“Beyond that, at this time of year, as we get into June, July, our focus is always turning towards next year’s car. Which is really odd considering this year’s car hasn’t turned a wheel. So we’re in a strange situation.”

Green said the team still intends to bring the original development package for the RP20 which would have coincided with the start of the European season on the original calendar.

“We had a set of updates that were that were going to come through, which was going to be for the old race six, the old Barcelona timeframe. All we do is we’ve moved that by nine weeks. So we’ll still be targeting that update which is probably going to be mid-season in the new season.”

However the changes to the floor regulations for next season has led Racing Point to reconsider its priorities.

“Beyond that our focus has changed to next year’s car,” said Green. “It’s a huge change, believe it or not. A very small change relatively speaking, to the floor has had quite a significant impact on the performance of the car.

“It is not just a redevelopment of the floor, unfortunately, it’s a redevelopment of almost the front-to-back aerodynamics to try to recover it. So it became quite clear quite quickly that our focus has to turn to 2021 because of that.

“It isn’t going to be a significant amount of aerodynamic carry-over from 2020 to ’21. Mechanical, yes, but aerodynamically probably not. So it became quite clear that we need to be moving our focus.

“Still sitting here now we don’t have a visibility beyond about eight races. So we would be unwise to be targeting a very big update for race nine, given that we don’t know what race nine is, when it is going to happen and where it’s going to happen. So we think the update that we’ve got planned and already had planned, when that comes through, that’ll probably be it for this year’s car.”