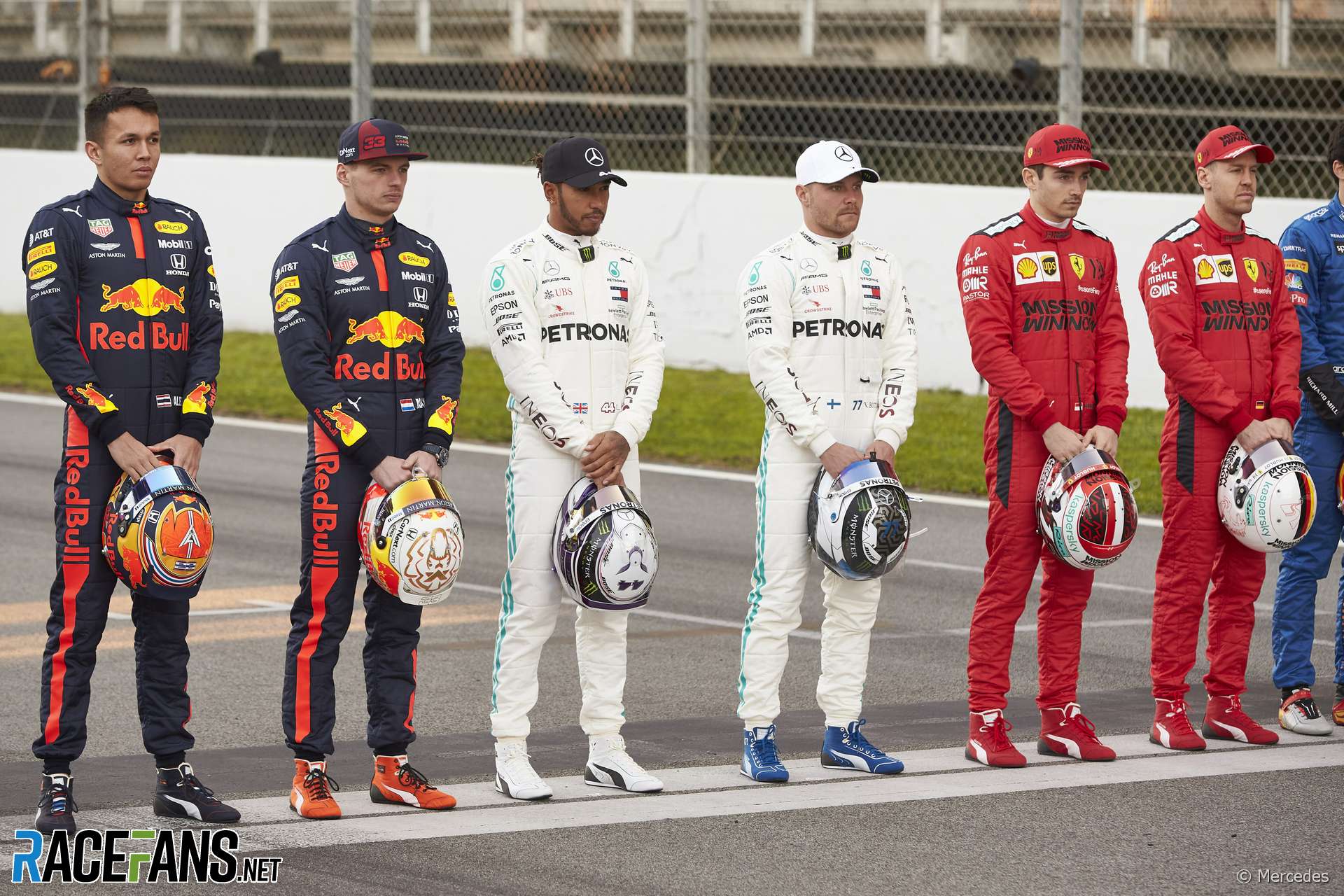 Lewis Hamilton is unquestionably the dominant force in Formula 1 today.

He’s won five of the last six world championships, and came incredibly close to making it a clean sweep. A little better luck in 2016, or perhaps one fewer dodgy start, could have made the five-point difference he needed to stop Nico Rosberg snatching the title.

With that, Hamilton would be on a record streak of six consecutive world championships and already level with Michael Schumacher’s all-time record of seven. “If ifs and buts…”, of course, but it doesn’t change the fact that Hamilton and his devastating Mercedes cars have been the benchmark since the V6 hybrid turbo regulations began.

All things must come to an end however: Just as Fernando Alonso stopped Michael Schumacher’s run of five world titles and Hamilton himself halted Sebastian Vettel’s four-championship streak.

Who will be the driver who draws a line under Hamilton’s dominance? Will it be one of the current crop of upcoming bright talents? Could Vettel end his Ferrari career on a championship-winning high? Or will the greatest threat to Hamilton, as in 2016, come from within his own team?

Here are a few of the top contenders – vote for the driver you think is most likely to succeed Hamilton below.

Hamilton’s team mate put him on notice at the start of last year by winning the season-opening race and edging ahead in the early points standings. The hyper-mongers went overboard proclaiming the arrival of ‘Bottas 2.0’, but reality bit once the season returned to Europe and Hamilton’s grinding consistency won him another title. Nonetheless last year was Bottas’s most convincing season yet since his promotion to Mercedes, and his steady chipping away at Hamilton’s advantage make him a definite contender.

However patchy Vettel’s last few seasons at Ferrari have been, you simply cannot rule out a driver with his pedigree. He led the 2017 and 2018 title fights, and it’s debatable how well his equipment has measured up against Hamilton’s over the latter years. He will start the season knowing it’s his last in a Ferrari, so perhaps we may see a different Vettel when the championship finally begins.

It didn’t take long for Leclerc to establish himself as Ferrari’s new darling. He beat Vettel on every metric over their first season together, and the final scoreline probably flattered his team mate”s performance. Leclerc faced down Hamilton superbly at Monza too, and we now wait with interest to see whether he can do the same over a full season, and whether the new Ferrari will be up to the task.

Like Leclerc, Verstappen has also arrived at a front-line team and established himself as the pre-eminent driver. Immensely quick and ferociously tough in wheel-to-wheel competition, he may finally have a title-contending car as Red Bull heads into the second year of its alliance with Honda.

A 2020 title bid may not be on the cards for Carlos Sainz Jnr, but bast year’s top midfield driver will graduate to a car which should be a contender for victories and perhaps even the championship next year.

Walking out of a front-running team was a gamble which appears to have backfired for Daniel Ricciardo. He snapped up the chance to take Sainz’s seat at McLaren next season, but it’s eight years since that team were championship contenders, and that doesn’t look likely to change in the short-term. His credentials as a race winner are not in dispute, however.

Like Verstappen, Alexander Albon may well have the necessary equipment at his disposal this year. But he’s only got one year of F1 experience under his belt, and just half of that at a top team. That said, if one feature has defined Albon’s career so far, it’s his tendency to be underestimated.

It’s not an unrealistic thought that Bottas could ‘do a Rosberg’ on Hamilton. But Hamilton has to be more wary of that happening than he was four years ago, and unless Bottas really gets the rub of the green I don’t see it happening.

Does Vettel have a fifth title in him? It certainly looked that way in mid-2018, but too seldom since. Besides which, Leclerc is surely only going to get better in his third season of F1.

That leaves Leclerc and Verstappen as the most credible rivals to Hamilton in the short term. Both are seriously impressive talents and continually improving – Verstappen potentially slightly further on thanks to Red Bull rushing him into their top team so quickly. Leclerc perhaps has the edge on temperament.

What will make the difference between these two is most likely to be the quality of equipment they get. Ferrari look like they’re on the wrong side of a peak at the moment, while Red Bull are on the way up with Honda, so Verstappen gets my vote.

But for me the key question is not just who will succeed Hamilton as champion, but whether he will still be racing when it happens.

Which of the current drivers will succeed Hamilton as F1’s next world champion? Or will it be someone who hasn’t even raced in F1 yet? Cast your vote below and have your say in the comments.

Who will be F1's next world champion after Lewis Hamilton?

65 comments on “Who will follow Hamilton as Formula 1’s next world champion?”